Ronnie Long spent 44 years in prison for a rape he says he didn't commit. Now, North Carolina Gov. Roy Cooper has issued a pardon of innocence to Long. 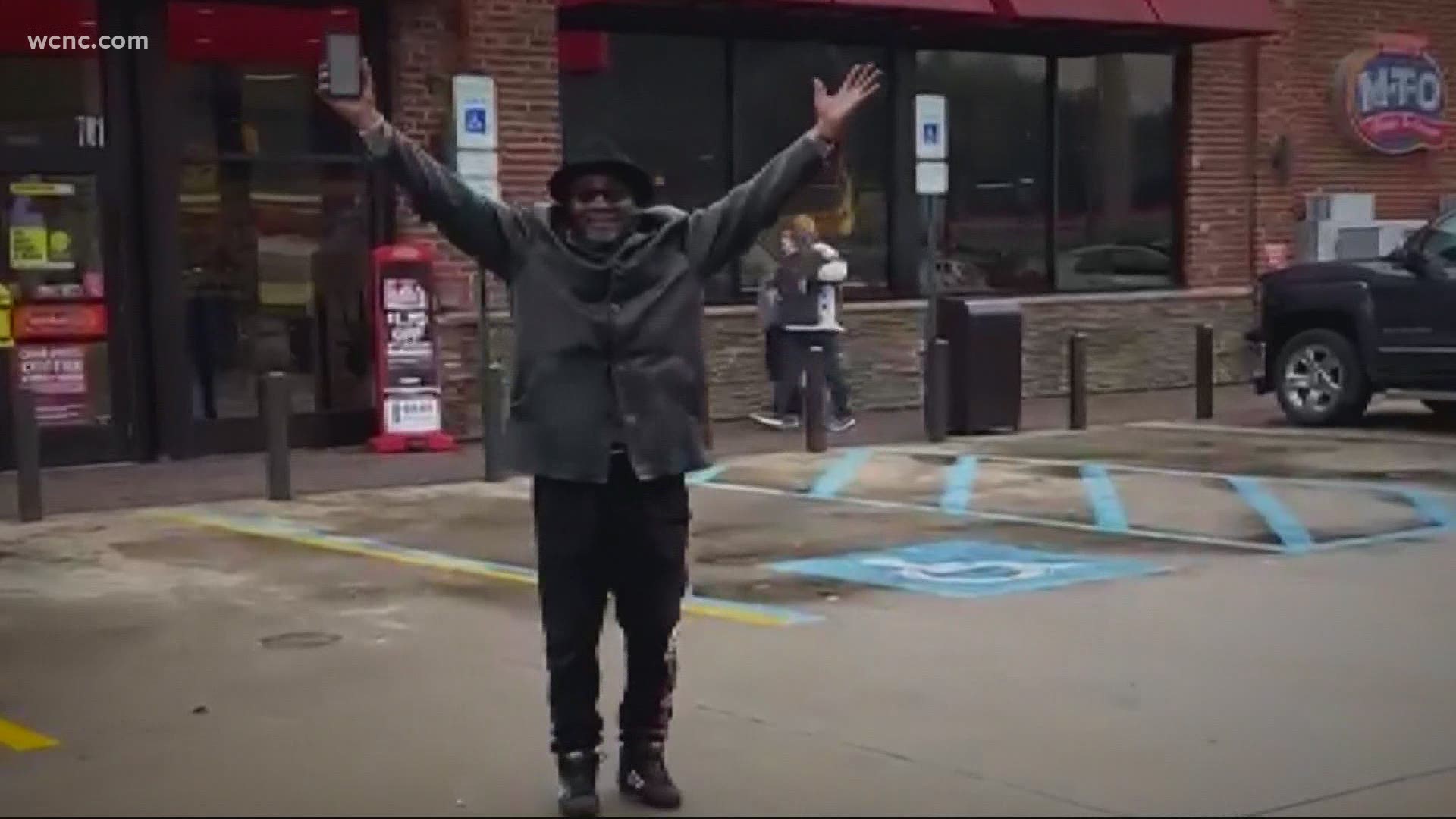 CHARLOTTE, N.C. — North Carolina Gov. Roy Cooper granted a pardon of innocence for Ronnie Long, a Concord man who spent over 40 years in prison for a rape he did not commit.

"I just got off the phone with Governor Cooper's office, who called me to confirm you're going to be pardoned," Lau can be heard saying in an exclusive video showing the moments Long learned of his pardon.

Long was one of five men convicted of crimes they did not commit who were issued pardons. The others were Teddy Lamont Isbell, Sr., Damian Miguel Mills, Kenneth Manzi Kagonyera and Larry Jerome Williams, Jr.

“We must continue to work to reform our justice system and acknowledge when people have been wrongly convicted. I have carefully reviewed the facts in each of these cases and, while I cannot give these men back the time they served, I am granting them Pardons of Innocence in the hope that they might be better able to move forward in their lives,” said Gov. Cooper Thursday.

Long was freed from prison in August after 44 years behind bars for a rape he didn’t commit. WCNC Charlotte spoke to Long after he heard the news of his pardon.

A federal appeals court said the state violated Long’s rights at trial after police lied on the stand and even hid evidence that would have cleared him. The state then overturned the conviction but the governor had to officially pardon him for long to be declared officially innocent and eligible for compensation for all the years he lost.

"It was such an injustice and the speed at which the governor's office moved is indicative how horrible the wrongful conviction of Ronnie Long was," Lau said Thursday.

Cooper had never pardoned anyone before Thursday.

“While I can not give these men back the time they served I am granting them pardons of innocence in the hopes that they might better be able to move forward in their lives," Cooper said in a statement.

"I'm grateful. I'm blessed but we still talking about 44 years that was took from me," Long said.

Now all Long wants is to use the money to buy a small house of his own and a proper headstone for his mother, who died just weeks before he was released from prison.

"I'm overjoyed," said Long. "It relieves the tension as far as my survival."

Lau said it should take a few weeks before Long actually gets the compensation.

An all-white jury in Concord convicted Long back in 1976. A federal appeals court handed down a ruling that the lower court had violated Long’s rights, pointing out a pattern of extreme and continuous police misconduct.

In an August interview immediately after his release from prison, Long said he was just glad all of this was over.

Long said he is excited to meet all of the new family members who were born while he was locked up in prison.

There have been setbacks since his release too. His wife is doing her best to help him navigate his new world through them all.

Freedom for Long has meant going to the DMV, getting an ID, and registering to vote.

“I think when they’re free, poof everything is done, but trying to get him the things he needs is almost impossible," Ashleigh Long said. "We keep hitting roadblocks — there’s no record of him for 44 years.”

A bank refused to open an account for him, he’s having a hard time getting medicare, and the state mistakenly listed him on the sex offender registry.

“You lost 44 years of your life? I can’t get it back," Ronnie Long said at the time. "Only thing I can do is live as comfortable as I can with the remaining time I have on this earth.”

While in prison, Long said he never lost hope that one day he would be freed.

An all-White jury heard the case back in 1976, at a time when racial tensions ran high in Concord.

Lau heads up the Duke Law Wrongful Convictions Clinic – he’s representing Long in his latest appeal – one that offers new hope after repeated pleas over the years to both the state and federal courts for a new trial.

“He was convicted in the first place in my estimation because they weren’t sure who it was that had attacked this woman, a prominent woman in the community, and that they were under a lot of pressure to solve the case. I think Ronnie Long is in prison because the state is unwilling to look backwards and to admit the erroneous actions that lead to his conviction," he previously told WCNC Charlotte.

Decades after his initial trial, attorneys discovered police hid evidence that would have helped Long’s case. The all white jury that convicted him was pre-vetted by law enforcement and Long’s lawyer says the victim’s ID of him, the only real evidence presented, was questionable at best.

Long was just 20 years old when the attack took place. He spent that day, April 25, 1976, with friends planning their high school reunion. A typical teen he played basketball, football and baseball. But this was the 70’s in Concord: Racial tensions ran high, especially when the son of a prominent black man was arrested.

“They called the National Guard, they put a curfew on the town ... Cufew on Concord when they arrested me," Long said.

Facing the death penalty, he was offered a plea.

“So when I didn’t take seven years I knew I was facing a death sentence. I couldn’t. There was too many people that believed in me. Protesting and demonstrating for me.”

He went to trial – facing an uphill and seemingly unfair battle.

"The jury was selected in a manner that is highly suspect and wouldn’t be allowed today," Lau said.

“There’s actually testimony from 1976 talking about how the chief of police and some of his deputies sat with the master list and crossed out names of people they deemed unfit for jury service,” Lau said.

Long’s conviction set off another round of protests with police using billy-clubs and tear gas. Long remembers the ride to prison.

DNA testing wasn’t done in the 70’s but it would have revealed a blood type and that could potentially have ruled Long out as a suspect.

That same year – 25 years after his conviction Long’s attorneys discovered something even more shocking – the Concord Police detective on the case, Van Isenhour, hid crucial evidence: hair and fiber samples from the scene that didn’t match Ronnie Long.

“They received reports illustrating there was no connection," says Lau. "For example, the suspects hair collected from crime scene.”

The police even hid the evidence from the prosecutor.

"The Concord police department withheld this evidence from the DA's office," Lau said.

In 2015 even more shocking evidence turned up.

“Among 43 fingerprints collected from the home believed to have been relevant didn’t match Ronnie, none of them matched,” Lau said. “That was all kept from his council at the time.”