Deputies believe home-invasion style robbery resulted in one shot, one dead in Winnie

When deputies arrived at the home they found a man in the living room of the home who had been fatally shot. 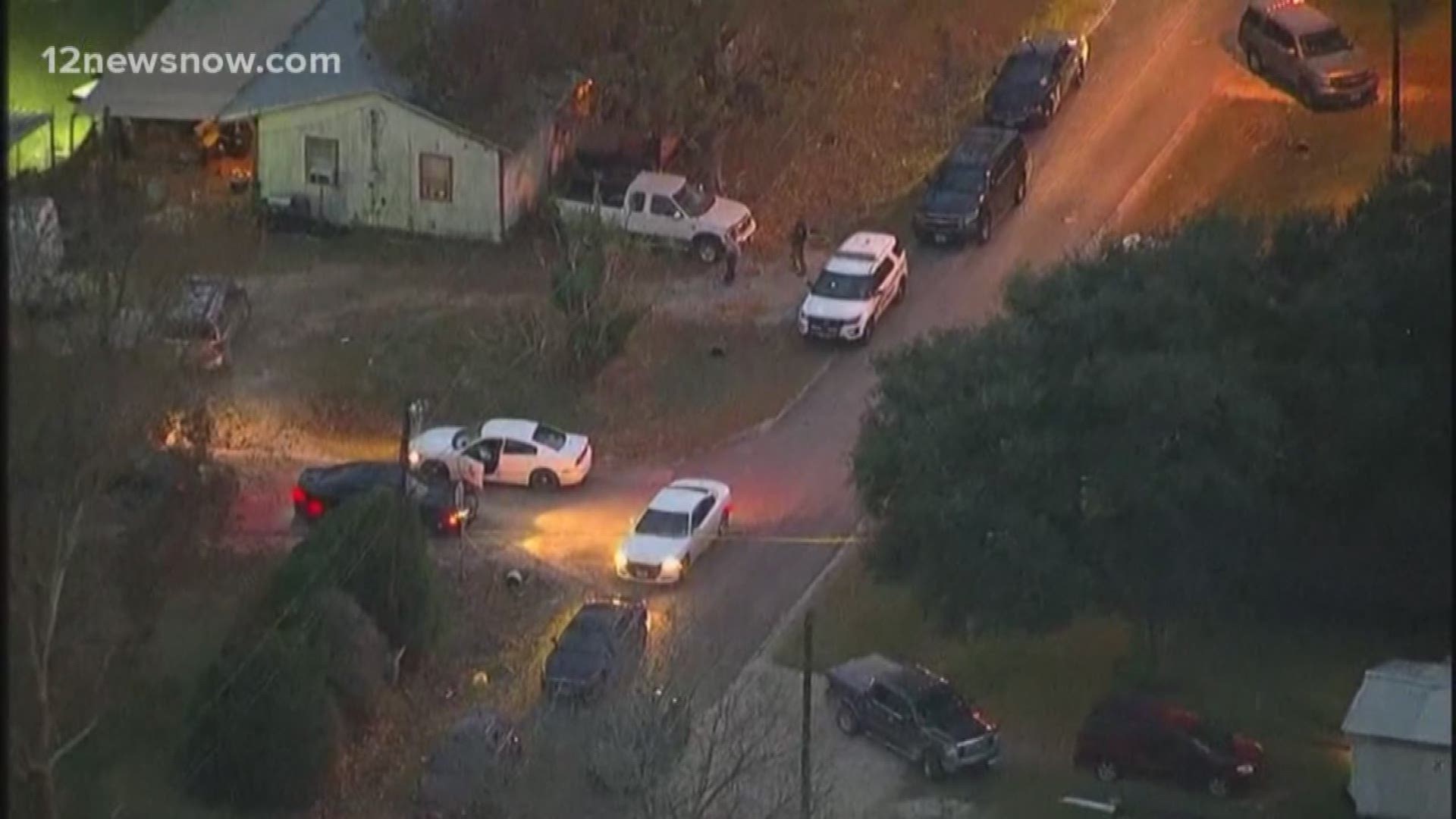 WINNIE, Texas — The residents at a home in Winnie where one man was killed and another wounded say they were being robbed by the victims.

Chambers County deputies responded to Riceland Hospital in Winne after a man showed up with a gunshot wound at around 4:30 p.m. Monday afternoon according to a post on the Chambers County Sheriff’s Office Facebook page.

Deputies at the hospital quickly learned that the man had been shot at a home in the 400 block of Elleby Avenue in Winnie.

When deputies arrived at the home they found a man in the living room of the home who had been fatally shot, according to Sheriff Brian Hawthorne.

At this point in their investigation, it appears that seven people colluded to try and rob the home, where two men were living. Hawthorne said it was essentially a form of home-invasion called a "rip," in the drug trafficking trade.

"They call it a rip, where they were going to steal some bodies drugs and money, and it all went bad and ended up being gun play," Hawthorne said.

Chambers County detectives now believe there were three men at the home at the time of the alleged home invasion. They believe they rushed into the living room and beat up one of the people living at the home. The men didn't realize the man's roommate was at home in one of the bedrooms.

"He had a gun, and looks like he came out of the bedroom with the gun and shot two of them," Hawthorne said.

One died in the living room, and one was flown to Memorial Hermann Hospital in Houston. He's in stable condition.

Deputies believe all seven of the suspects were from Beaumont, and some fled back there that night.

"I have to give a special thanks to Beaumont Police Department, they have been terrific, they have captured a number of people for us," Hawthorne said.

Detectives believe that a total of at least nine people are involved in the shooting and possible home invasion that they believe is drug-related. They believe they've identified everyone directly involved, but the investigation is ongoing.

"Everyone of them are known to the drug trafficker, and have been involved in law enforcement on more than one occasion," Hawthorne said.

RELATED: 'Nobody's telling us the truth,' Three people of interest on the run after fatal Winnie shooting

From a Chambers County Sheriff’s Office news release via Facebook…

Sheriff’s deputies responded and were at the hospital in 4 minutes learning that the gunshot victim had been shot at a home in the 400 block of Elleby Avenue.

Sheriff’s deputies responded to the home and discovered that there was another victim in the living room of the house. The deputies made contact with the home’s occupants and they claimed that a group of men attempted to do a home invasion, so they shot two of the invaders.

Preliminary investigation has revealed that there were in fact two men that had been shot in the home. One victim at Riceland Hospital and the other victim was deceased in the living room. Detectives believe that there were 3 men in the home, 2 in living room and 1 in the bedroom when a group of men rushed into the living room and assaulted one of the occupants of the home. Moments later the occupant that was in the bedroom came out shooting at the men who were assaulting his roommate.

After the shooting it was determined that 2 men had been shot; one dead in the living room and one was flown by Lifeflight to Memorial Hermann Hospital in Houston.

It is the belief of the detectives that this is a drug related criminal episode involving all 9 persons.

At this time the Beaumont Police Department has stopped, and apprehended, some of the persons of interest that fled the scene when the shooting occurred.

'It's one of the worst things I've ever seen': Caretaker attacked, killed by feral hogs, sheriff says 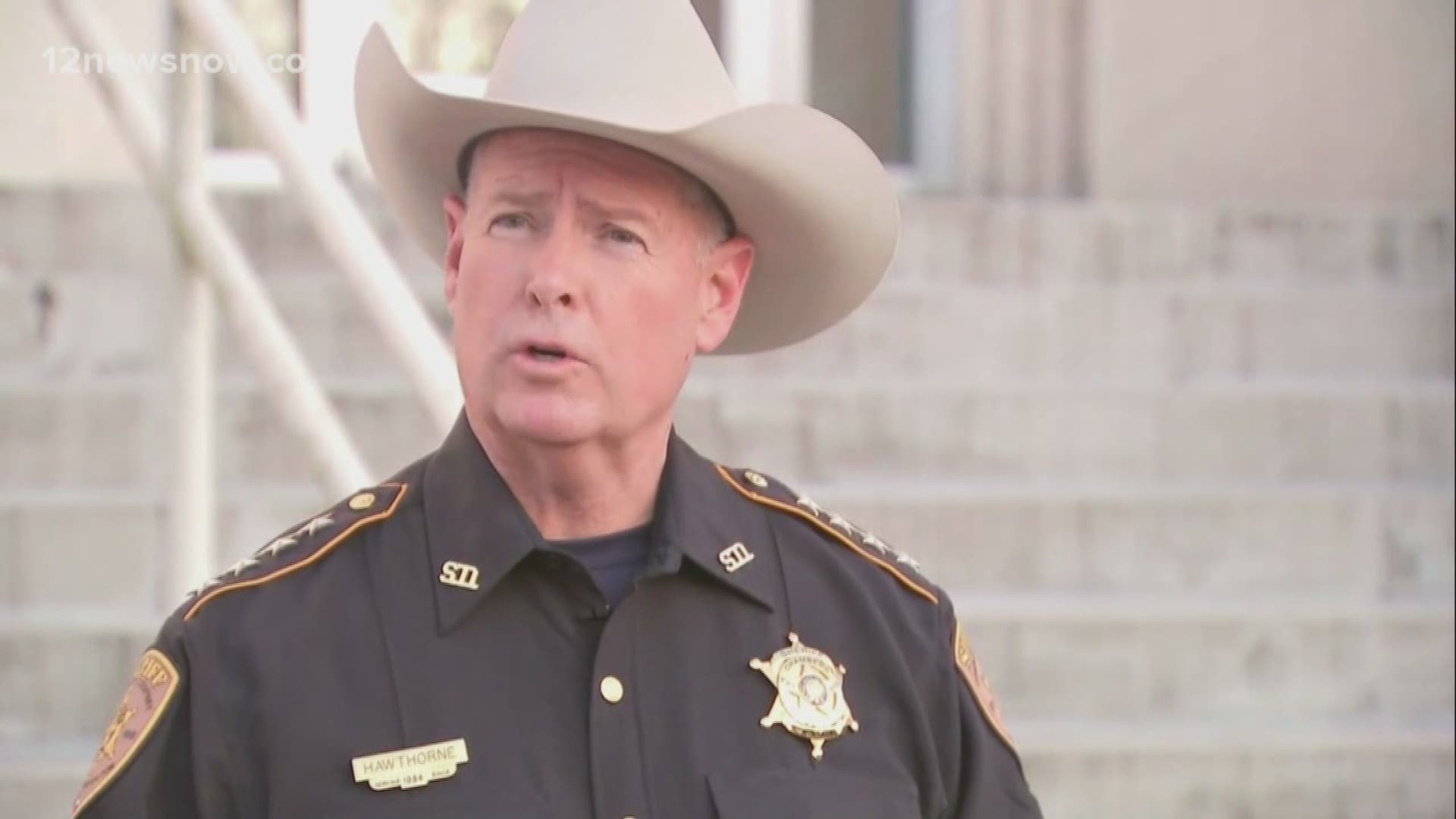