Police were called to the Jefferson House Apartments in Beaumont's West End about two people fighting on Sunday morning. 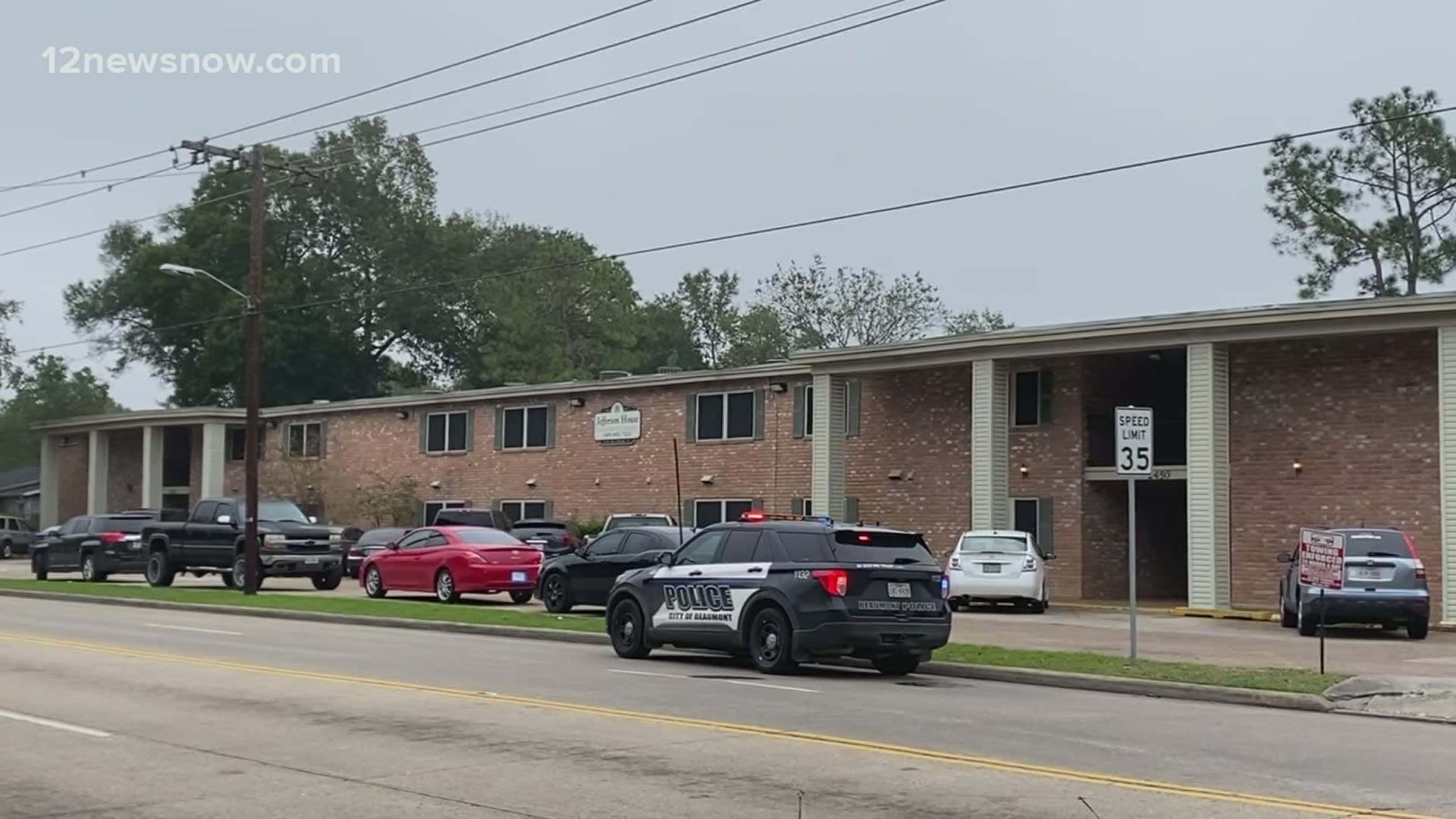 BEAUMONT, Texas — Beaumont Police are investigating after a shooting injured two people Sunday morning at an apartment complex in the West End neighborhood.

The shooting happened around 9 a.m. Sunday, Oct. 25 at the Jefferson House Apartments in the 4100 block of Delaware.

Beaumont Police said a fight between two people was reported, leading to someone firing a gun.

Both people involved were treated at a hospital, but no arrests have been made yet.

No charges have been filed, and police have not yet released information about the extent of any injuries.