The SUV traveled about 150 feet down the sidewalk, which is lined with palm trees. 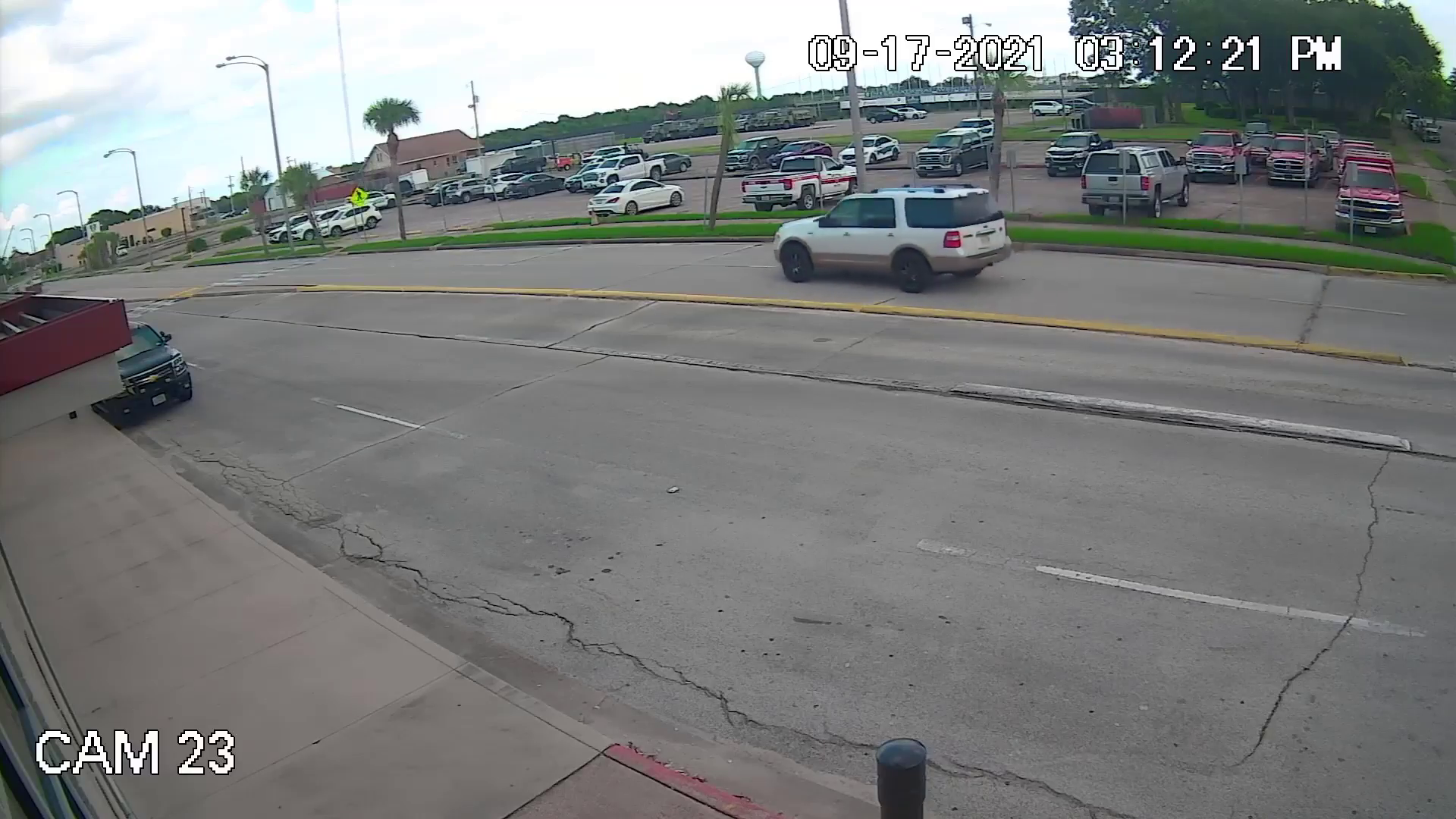 PORT ARTHUR, Texas — Police in Port Arthur are asking for the public's help in tracking down the driver of an SUV who ran down a palm tree in front of the police station.

In surveillance video posted on the Port Arthur Police Department's Facebook page a light colored Ford SUV can be seen making a right from Waco Avenue near the sub courthouse and heading east on Fourth Street.

The SUV then swerves up over the curb and onto the sidewalk right across the street from the front of the Port Arthur Police station.

It then travels about 150 feet down the sidewalk, which is lined with palm trees.

The driver appears to strike one of the trees knocking the top of it off before careening back onto the street and continuing east on Fourth Street.

Police say the unknown driver damaged "city property" and a parked car during the incident which happened at about 3:12 p.m. a week ago on Friday, September 17, 2021.

If you know who took out the palm tree and hit the parked car you could be eligible for a reward.

Police ask that you call Port Arthur Police Detective L. Meyers at (409) 983-8626 or Crime Stoppers if you have any information.

From the Port Arthur Police Department...

On September 17th around 3:12pm, an unknown driver of a light-colored Ford SUV left the roadway in the 600 block of 4th street, in front of the Police Department, and caused damage to city property and a parked vehicle. The driver left the scene without stopping.

Below is a compilation of videos showing the hit and run.

If you have any information about this crime, contact Crime Stoppers by calling 409-833-TIPS (8477), online at 833TIPS.com or download the P3 TIPS App. You WILL remain anonymous and MAY be eligible for a cash reward.