Three men entered the store and demanded money at gunpoint, Detective Sadie Guedry said. They left with the cash before officers arrived, she said. 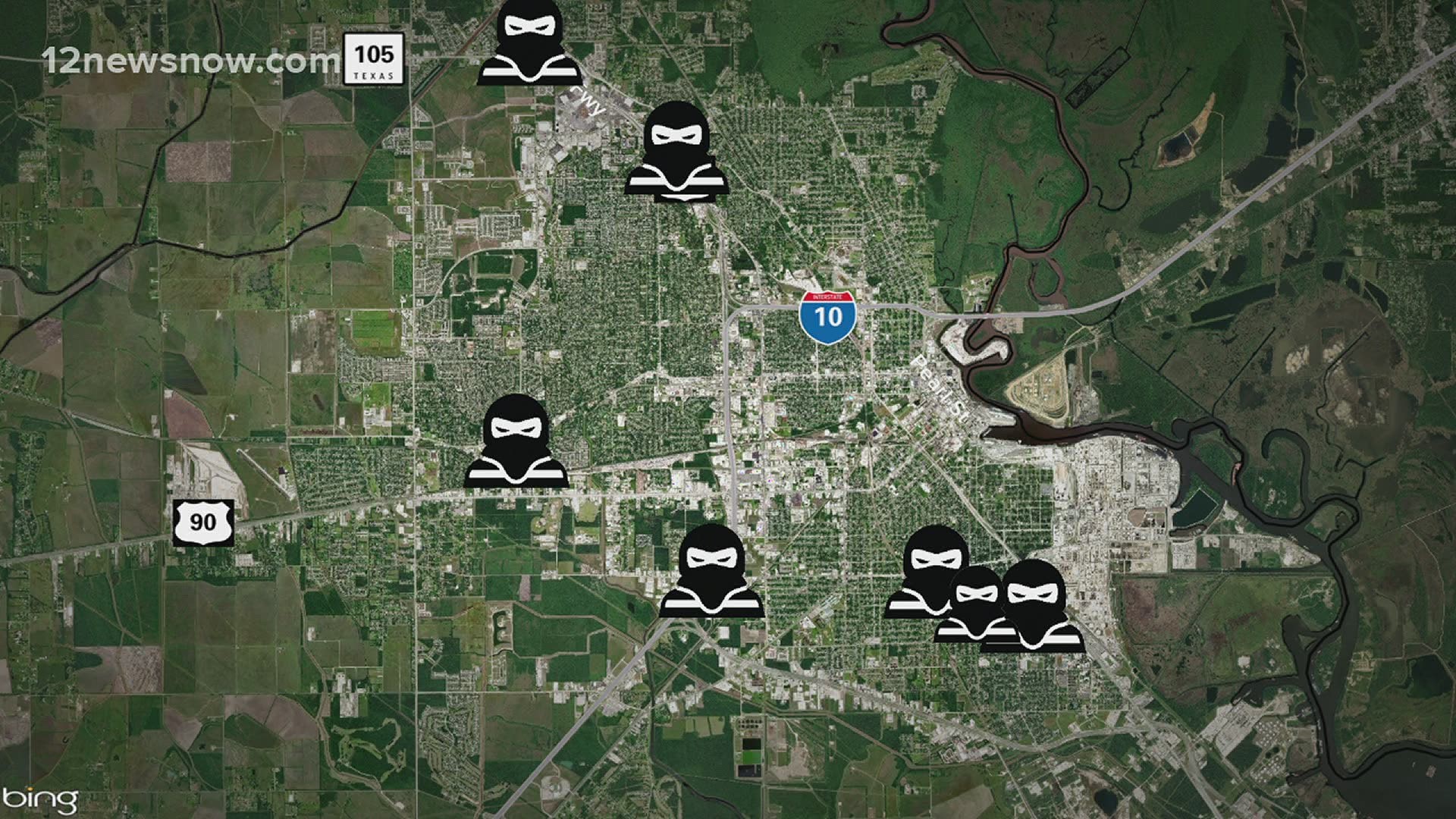 BEAUMONT, Texas — Just over two weeks ago, Beaumont had a string of armed robberies. While police said they caught the person they think is responsible, other crooks are still around.

Port Arthur Police are looking for at least three men involved in an armed robbery as of Friday.

Three men entered the store and demanded money at gunpoint, Detective Sadie Guedry said. They left with the cash before officers arrived, she said.

"This time of year is generally when you see an uptick in those, especially I just think it's because of the season," Beaumont Police Sgt. Cody Guedry said.

This robbery comes as police departments across Jefferson County investigate a string of robberies, many of them at convenience stores in Beaumont.

"There's more opportunity to commit those crimes, especially with more shoppers and people not aware of their surroundings," Guedry said.

This trend is impacting every corner of the county from Beaumont to Mid County to South County.

"Don't be that person that's not paying attention that they feel like is an easy target," Beaumont Police Officer Carol Riley said.

Police said this trend could continue through the holidays.

"Just pay attention to people lurking around your businesses," Riley said. "Make sure you don't have a lot of money on hand and of course, never fight with them. Comply and be a good witness."

Police departments have made some arrests, and they don't believe all of these cases are connected, but they are monitoring this trend.

Anyone can help prevent these crimes. If you see something, say something, and you can do it anonymously through the Southeast Texas Crime Stoppers app.

Two men charged with murder, one in custody after shooting in Beaumont's North End

'Losing too many kids:' Jefferson County official pleading for change after three shootings in 24-hour period