Law enforcement is making sure game rooms in Port Arthur are complying with the state and city ordinances. 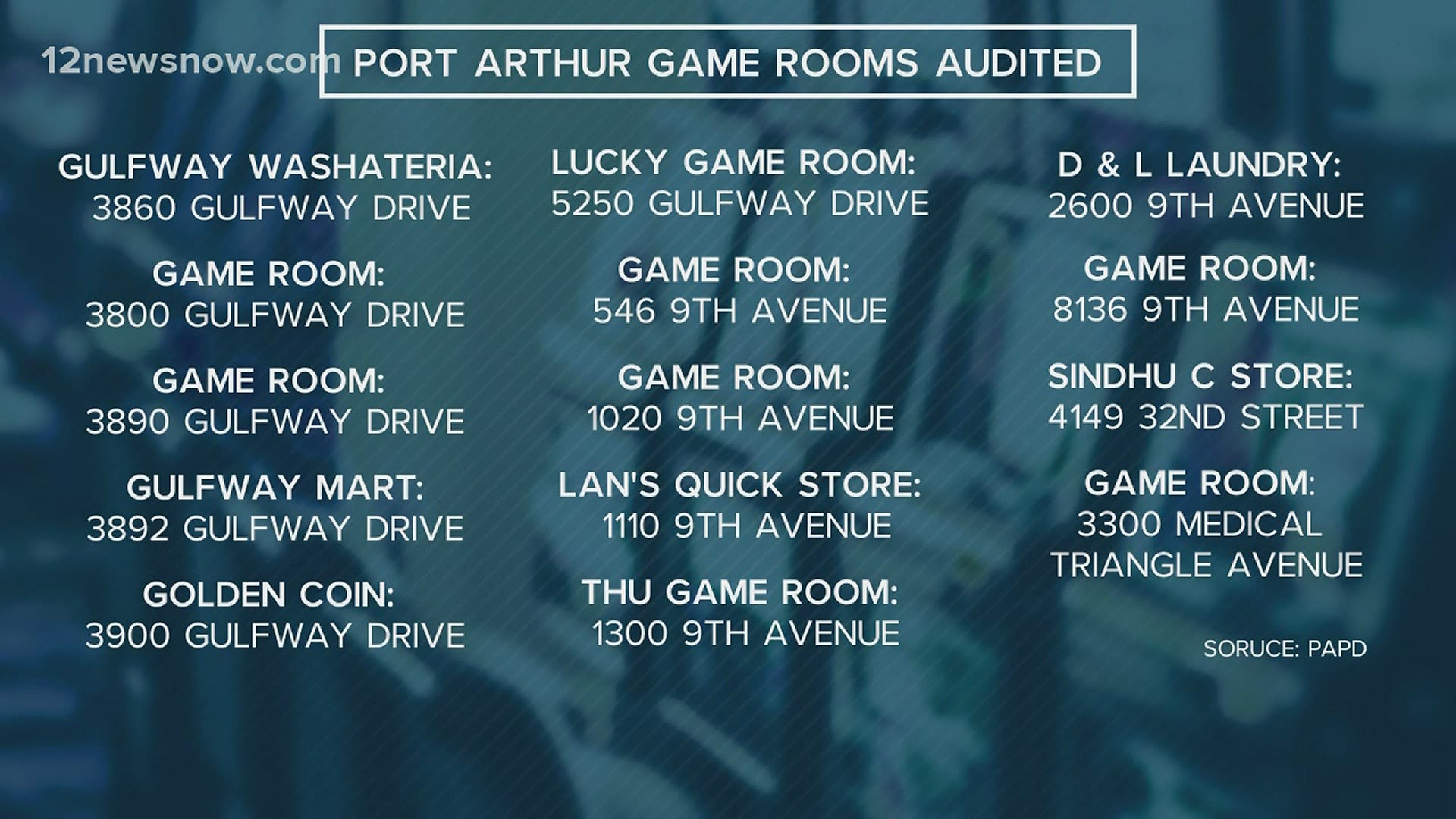 Last week police issued about 20 citations to eight different game rooms. They're trying to crack down on the ones that are breaking the rules because when those rules are broken, crime usually fills in the cracks.

A crackdown on game rooms in Port Arthur leads to a lot of violations. Unfortunately, criminals are lurking waiting for those rules to be broken, but police say monitoring it all can get tricky.

That enforcement is to make sure game rooms in Port Arthur are complying with the state and city ordinances. Last week Port Arthur police did random audits on 14 game rooms listed below. Eight facilities were in violation, and 20 citations were issued.

"If they don't have their machines registered that could be very, very expensive," Guedry said.

And it takes a team to make sure owners are following the rules. Police are working with the Port Arthur Fire Marshals and the city.

Some of the common violations police see are owners not registering their gaming machines, gaming machines that have expired, tinted or blocked windows at and paying out cash to winners or gift costing more than $5.

But monitoring this is a bit tricky.

"We have to catch them in the act," Guedry said.

When businesses disobey the state and city ordinances, it welcomes in an unwanted guest.

"There is a history of violence that occurs," Guedry said.

This robbery at Thu's Game Room on the 1300 block of 9th Avenue is a piece of that history.

26-year-old Javante Bailey is accused of beating a clerk on Christmas Eve in 2019. He was arrested about a week later.

Another one, this time on the n the 2100 block of Stillwater Drive. 20-year-old Jamon Brooks is accused of robbing a business, along with three other men, at gunpoint. This was in December of 2018 and the list goes on.
That's why detective Guedry is wanting the community to start speaking up.

"I receive phone calls all the time. Some people are anonymous, some people just don't care," Guedry said.