One officer was admitted to the hospital in serious but non-life threatening condition following the head-on wreck. 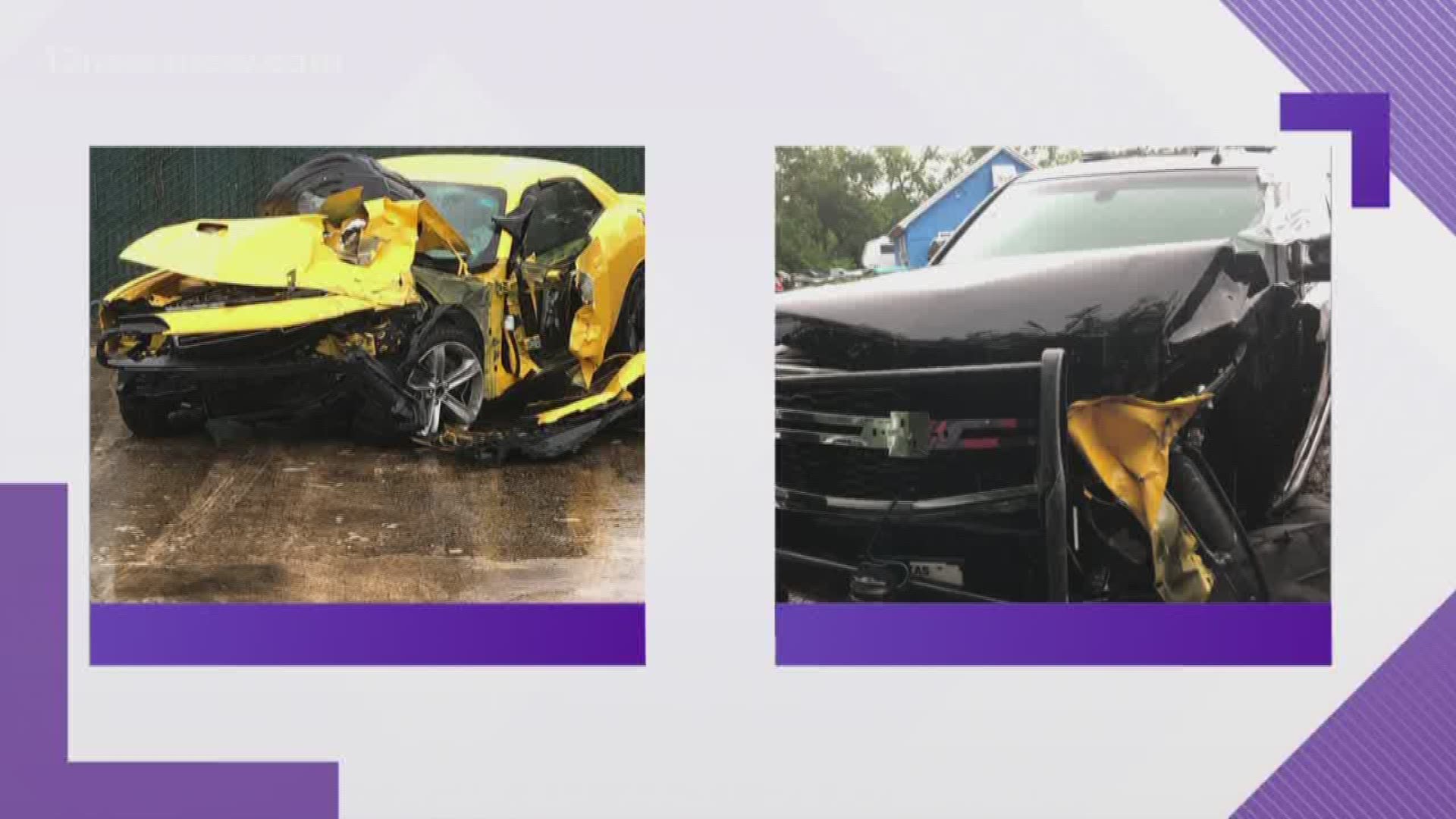 BEAUMONT, Texas — Police are looking for a driver who struck a Beaumont Police cruiser head-on early Wednesday morning as officers headed to a call in the west end of Beaumont.

One Beaumont officer was admitted to a Beaumont hospital in serious but non-life threatening condition following the head-on wreck with a yellow 2018 Dodge Charger according to a news release from the Beaumont Police Department.

Police responded to the 9300 block of McLean after receiving a report of a large party and possible shots fired.

When officers were arriving in the area several vehicles were fleeing from the area and the driver of the Charger stuck the Beaumont police cruiser head-on.

The driver then jumped from the vehicle and ran away.

From a Beaumont Police news release...

Wednesday, July 3, 2019, at approximately 3:00 am, a Beaumont Police Officer was responding to the 9200 block of McLean in reference to a disturbance and a traffic problem.

We received calls advising there was a large party and possible shots fired. Several vehicles were fleeing the area.

One of the responding officers was traveling to the scene and was struck, head on, by a 2018 Yellow Dodge Charger.

The Charger was attempting to pass several vehicles in his lane when he struck the officer’s vehicle.

The driver of the Charger exited his vehicle and fled on foot. The officer was transported to the hospital by EMS and admitted for serious, but non-life threatening injuries.

The suspect’s vehicle was towed and officers are continuing to look for the driver. The driver may have visible injuries.

If you have information about this incident contact Beaumont Police Department -409-832-1234.