'I've never been so scared to be in my home alone,' says neighbor following Dallas Airbnb party shooting

Last Saturday, police responded to a shooting at an Airbnb rental in Dallas. Thankfully no one was hurt, but neighbors are fed up. 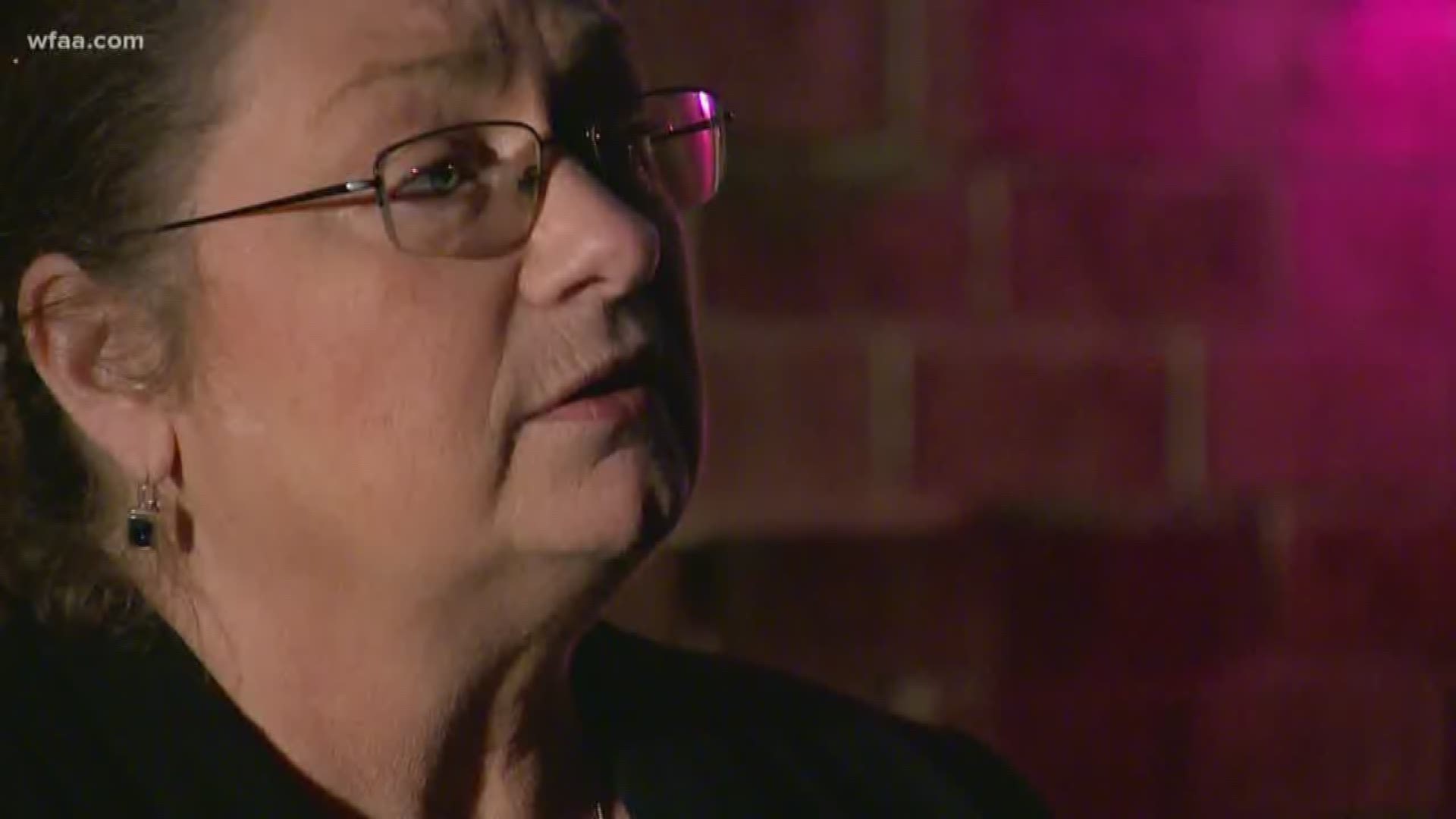 DALLAS, Texas — Dallas police are investigating a shooting that happened during a Halloween party last week at an Airbnb rental.

The home, per neighbors, has worn tempers thin over the last few months.

According to the Dallas Police Department, the party began Friday night and officers were called to the 2900 block of Harbinger Lane in far north Dallas early Saturday when the shots were fired.

Thankfully, no one was seriously injured. A spokesperson for the department did say, however, that someone broke their leg while trying to run away.

"I've never been that scared to be in my home alone, never."

Hackett told WFAA that another neighbor called Dallas police to report a noise complaint around 11 p.m.

When things didn't cool down, that neighbor went outside around 1 a.m. to confront those hosting the party.

The neighbor recorded that confrontation on her phone. In the video, you can see dozens of people hanging around outside the house.

Toward the end of the video, you can hear two gunshots.

Hackett said that the rental gets out of hand every month. The owner of the rental could not be reached for comment about that or the shooting because the listing appears to have been taken down.

The owner also does not live in the home.

"There's no permanent resident living there, so at least two weekends a month there's a wild party," Hackett said. "Friday night got crazy."

Cracking Down on Parties

But it wasn't in reaction to the party outside Hackett's home. It was in reaction to a shooting at another Airbnb party on Halloween night in Orinda, Calif. that left five people dead.

No one has been arrested yet.

Chesky went on to tweet that his company would implement a way to screen and flag certain bookings that may be at a higher risk for a large party.

The company is also creating a rapid response team, to take immediate action against renters violating the new guest policies. Violations could lead to removal from a property.

The hope is to stop unauthorized parties before they start.

According to the San Francisco Chronicle, at least 42 people have been shot either "inside or just outside short-term rental properties across the United States over the past six months — and 17 have died."

"We must do better, and we will. This is unacceptable," Chesky wrote.

Chesky also wrote on Twitter that the company would begin verifying all of its listings and would implement a 24/7 hotline so neighbors or renters could call when they experience an issue.

When it comes to the Dallas shooting, Airbnb told WFAA:

“Unauthorized parties break the trust that is foundational to Airbnb, and we are outraged by the reported incident. We stand ready to assist Dallas Police in their investigation and have removed the booking guest from our community.”

Hackett said that she is skeptical, adding that she reached out to Airbnb multiple times to report what happened and got no help.

"I don't want anyone to be in danger. This is a good neighborhood, there's no point in it."