The incident happened near APD Headquarters in the 700 block of East Seventh Street. The suspect was taken in at the Tarrant County jail. 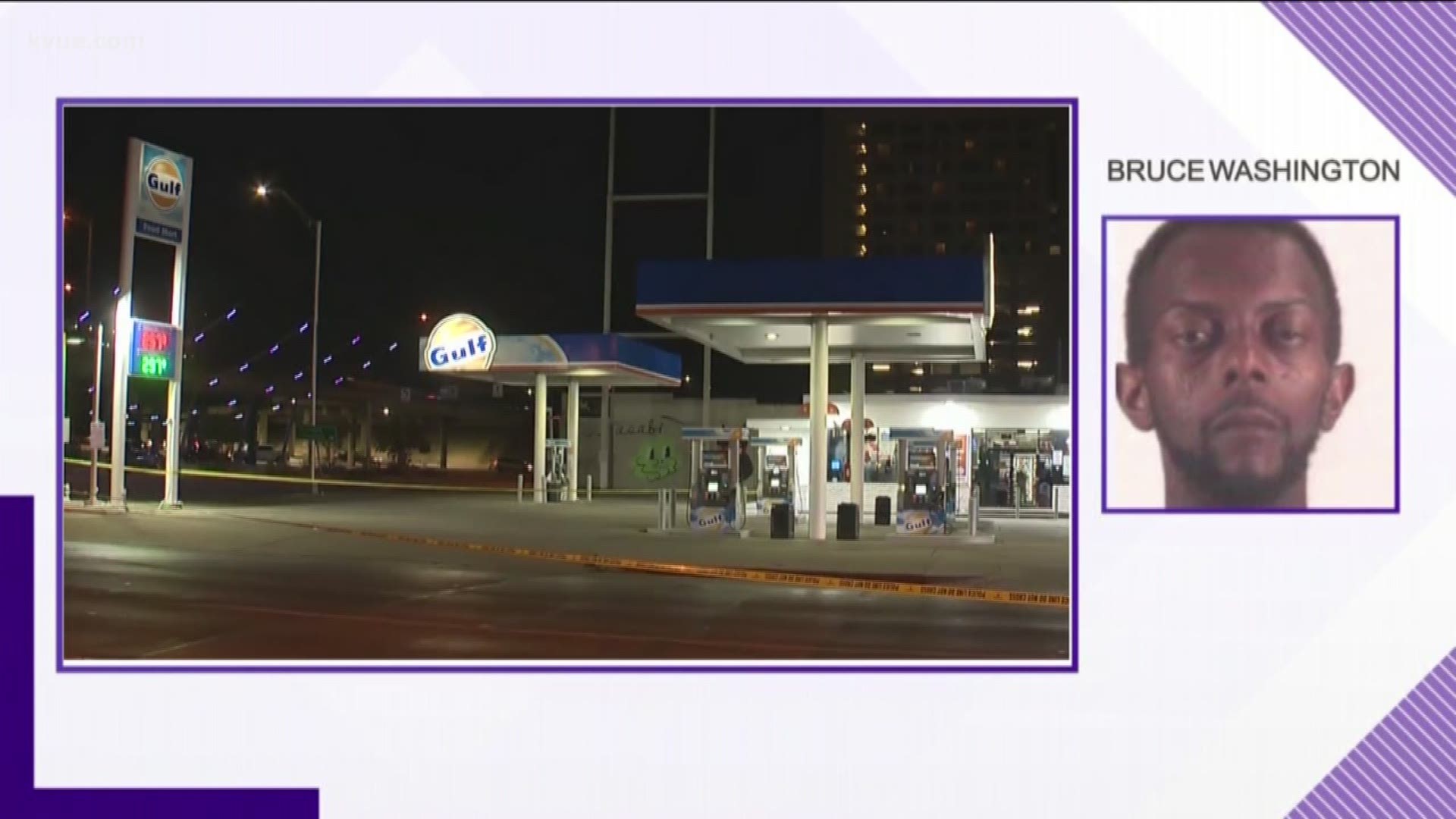 AUSTIN, Texas — One suspect has been identified and arrested after a shooting in Downtown Austin left two injured on Tuesday night.

In a court affidavit, 27-year-old Bruce Washington is charged with two counts of aggravated assault with a deadly weapon when he allegedly shot a man and a woman in 700 block of East Seventh Street. The incident happened around 9:25 p.m. near Austin Police Department Headquarters.

According to police, a local media outlet was contacted by a man claiming to be the shooter a day after images of suspects were released to the public. The caller wanted to do a story for money about the incident.

In the affidavit, the caller identified himself to Fort Worth Police Department, providing case-specific details that were not released to the media. A prior booking photo for Washington matched the images of the shooting suspect wearing a white T-shirt that was captured on video.

Washington was arrested on July 31 and is currently in the Tarrant County jail on a $200,000 bond.

Police said Washington turned himself in because he felt bad for the victims and never meant the hurt them.

Officers responded to a shooting in the area and found two victims on Tuesday night. The affidavit said one woman had a single gunshot wound to the abdomen and a 29-year-old man inside Gulf Gas Station had one shot on the right side of his abdomen.

A witness told APD officers that an altercation had occurred between the victims and two male suspects. According to police, the two suspects were being escorted out of Gulf Gas Station after arguing with the clerk. As they were leaving, a verbal disagreement allegedly occurred between the suspects and the male victim. The suspect in the dark sweatshirt allegedly told the male victim they "would handle this later outside."

As the victims were leaving the gas station, the suspect wearing a hooded sweatshirt allegedly approached the male victim, punching him. The victim punched the hooded suspect, knocking him out. That is when the suspect in the white T-shirt allegedly pulled out a black handgun and fired three times. They then fled the scene.

APD held a press conference on Wednesday where they provided information and video surveillance still images of the suspects.

APD Sgt. Joshua Blake said there are two suspects in this incident. The first suspect, was identified as Washington, was the alleged shooter.

The second unnamed suspect is described as a black man in his early-to-mid 20s, six feet tall and 160 pounds, with a similar build to the first suspect. He has short hair and short facial hair, and was last seen wearing a black or dark hoodie, a black undershirt and acid-wash jean shorts.

The victims were taken Dell Seton Medical Center with critical, life-threatening injuries. They are now stable and are cooperating with the investigation.

WATCH: Austin police give updates about the shooting near APD Headquarters Tuesday night

The incident comes after a string of violent crimes in Downtown Austin, including shootings on Seventh Street the past two weekends. Police Chief Brian Manley has vowed to increase police presence in the area, beginning this weekend.

Sgt. Blake said that there is nothing to indicate Tuesday's shooting is connected to the others.

One dead after officer-involved shooting in Downtown Austin