HPD hopes the video will help pinpoint the man accused of jumping on a table in a mask and making a threat. Call 713-222-TIPS if you have any info. 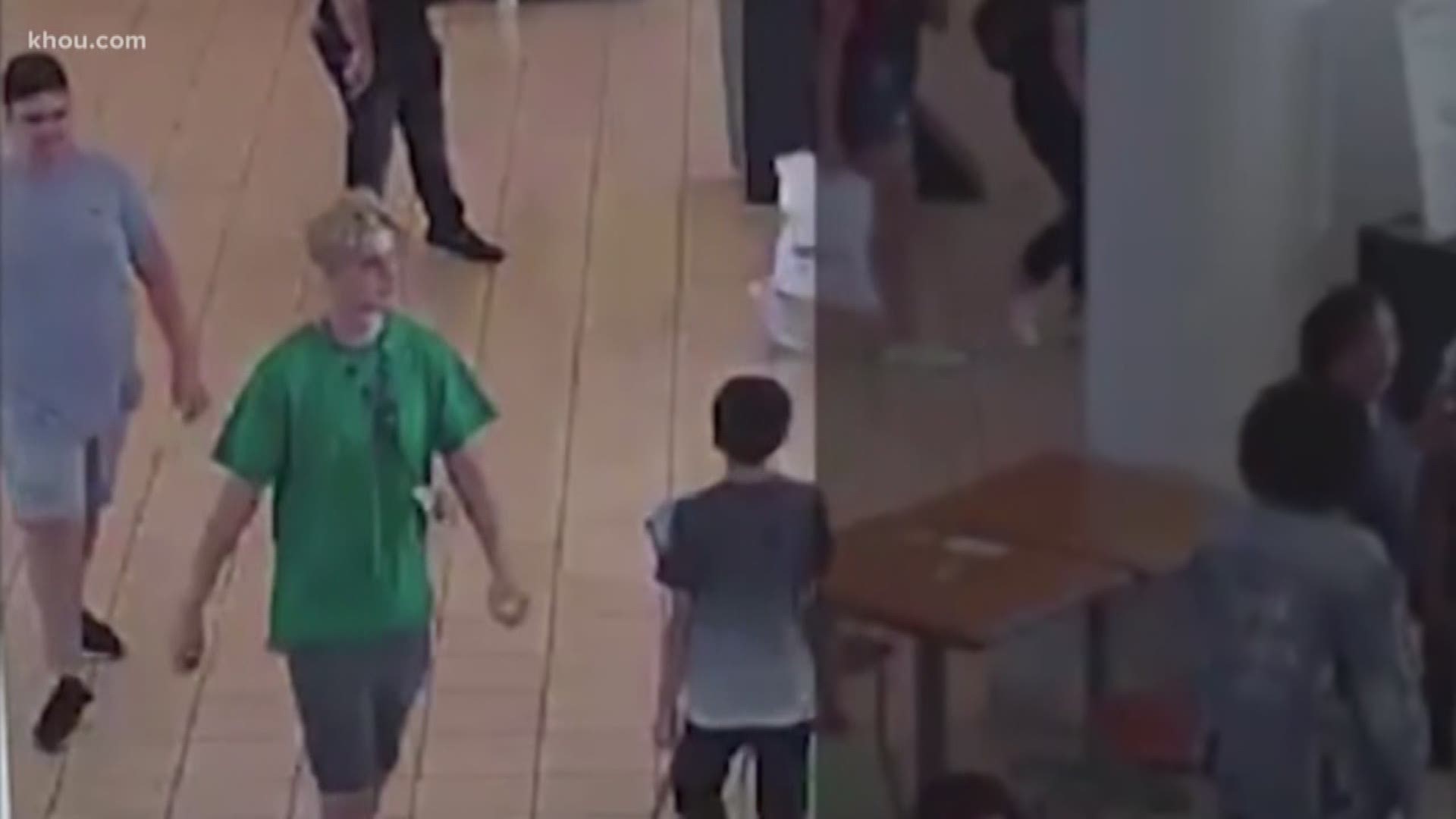 HOUSTON — Houston police on Wednesday released surveillance video of the person of interest in Sunday's incident that panicked shoppers at Memorial City Mall.

Police hope the video will help identify the man, seen in a green shirt, who may have triggered the scare. The Houston Police Department is also looking for the identity of the man in a gray shirt, who was also captured on video.

"He may be an eyewitness or have additional knowledge," HPD tweeted about the man in the gray.

Witnesses said a man jumped on a table in a mask and threatened to kill himself at the mall, sending shoppers running for safety. 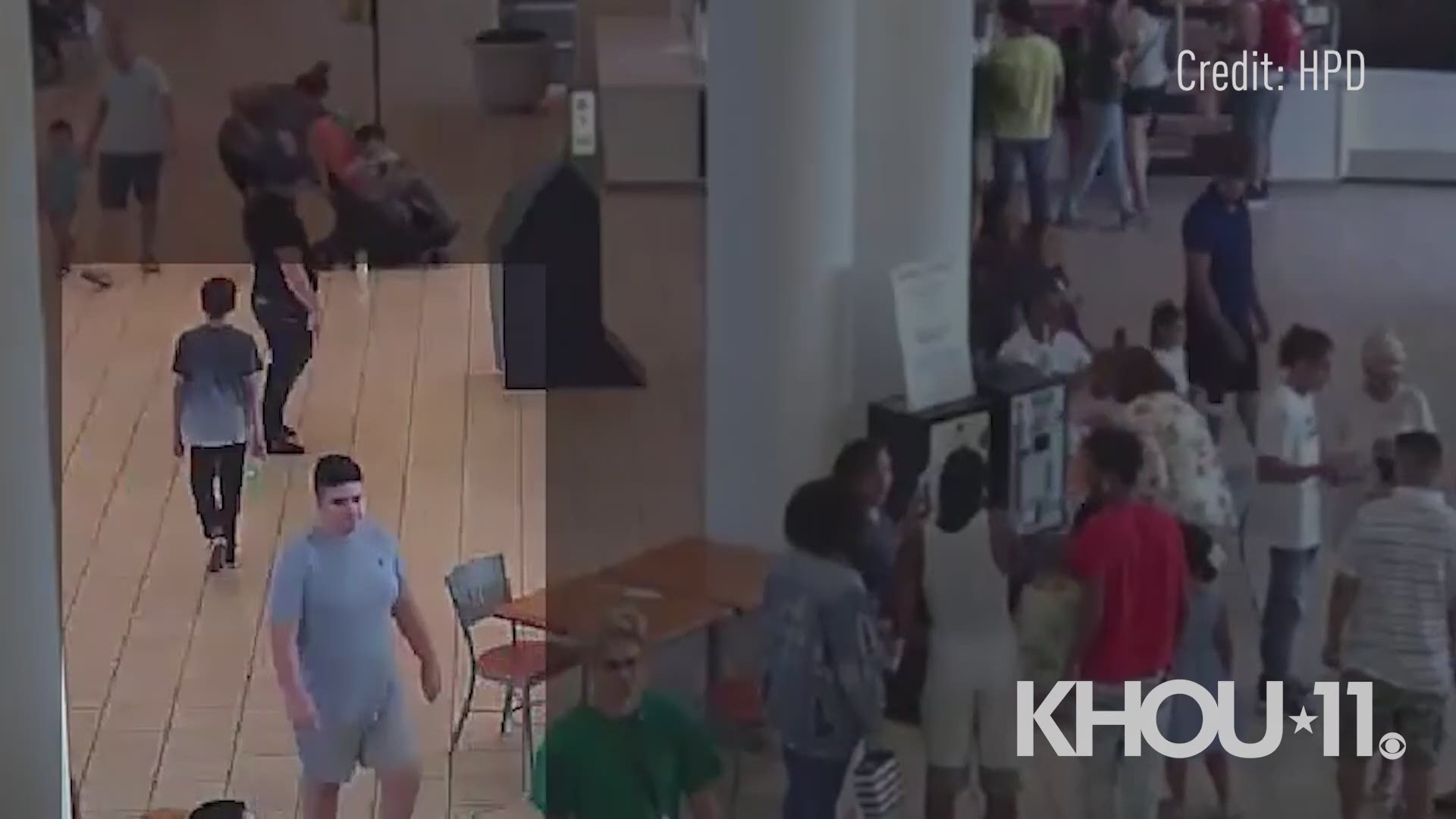 He was described as a white male in his late teens or early 20s. He first went up an escalator, then came back down, put on the red mask and made the threat. Police said he also threw down a bag before taking off in the direction of nearby apartments.

Some witness videos captured a loud popping sound, which many mistook as being a gunfire or firecrackers. Police later said they believe the popping sounds were caused by the man jumping on the table.

Anyone with information on either of the men is urged to contact Houston Crime Stoppers at 713-222-TIPS (8477).