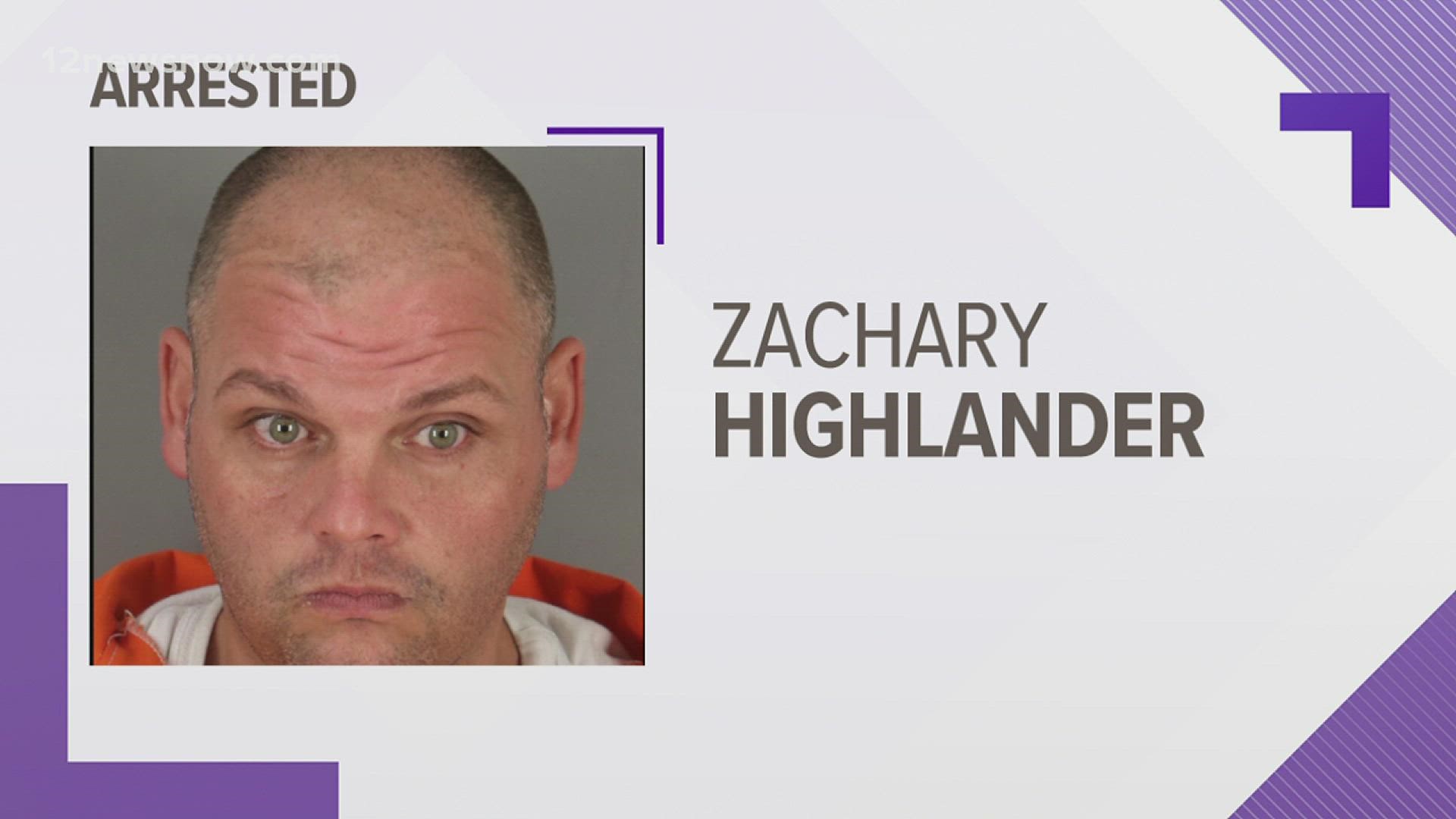 NEDERLAND, Texas — A Nederland man accused of fleeing the scene after an auto-pedestrian crash is behind bars on a felony charge, according to a news release from the Texas Department of Public Safety.

DPS Troopers said Zachary Highlander, 38, of Nederland, was the man behind the wheel of a 2012 Dodge Ram pickup that left a 32-year-old’s body on a highway.

A preliminary investigation revealed Nicole Robinson, 32, of Port Neches, was walking on the improved shoulder of SH 347 at 3rd Avenue before she was struck by the pickup, according to DPS.

She was pronounced dead on the scene by a Jefferson County Justice of the Peace.

Highlander is charged with failing to stop and render aid, which is a felony, DPS said.

He is booked into the Jefferson County Jail on a $500,000 bond, jail records show.

UPDATED:
The Texas Department of Public Safety (DPS) arrested a Nederland man on October 5, 2021 involved in the auto-pedestrian crash which occurred on September 26, 2021.
The driver has been identified as 38-year-old Zachary Highlander from Nederland.
Highlander was operating a 2012 Dodge Ram pickup when the crash occurred and is being charged with fail to stop and render aid, a felony.
No additional information is available for release at this time.

PREVIOUS NEWS RELEASE:
JEFFERSON COUNTY – The Texas Department of Public Safety (DPS) is investigating an auto-pedestrian crash that occurred on Saturday, September 26, 2021, on state Highway 347, north of Nederland.
The preliminary crash investigation indicates at approximately 2:33 a.m., a pedestrian was walking on the improved shoulder of SH 347 at Third Avenue and was struck by an unknown vehicle.
The vehicle failed to remain at the scene and has not been located.
The pedestrian, identified as Nicole Robinson, 32, of Port Neches, was pronounced deceased on the scene by a Jefferson County Justice of the Peace.
Investigators ask anyone with information about the driver or their whereabouts to please contact the Lufkin DPS Communications Office at 936-699-7340.
The crash remains under investigation. No additional information is available for release at this time.