Name of man fatally shot in Winnie 'drug rip' Monday night released, one on the run 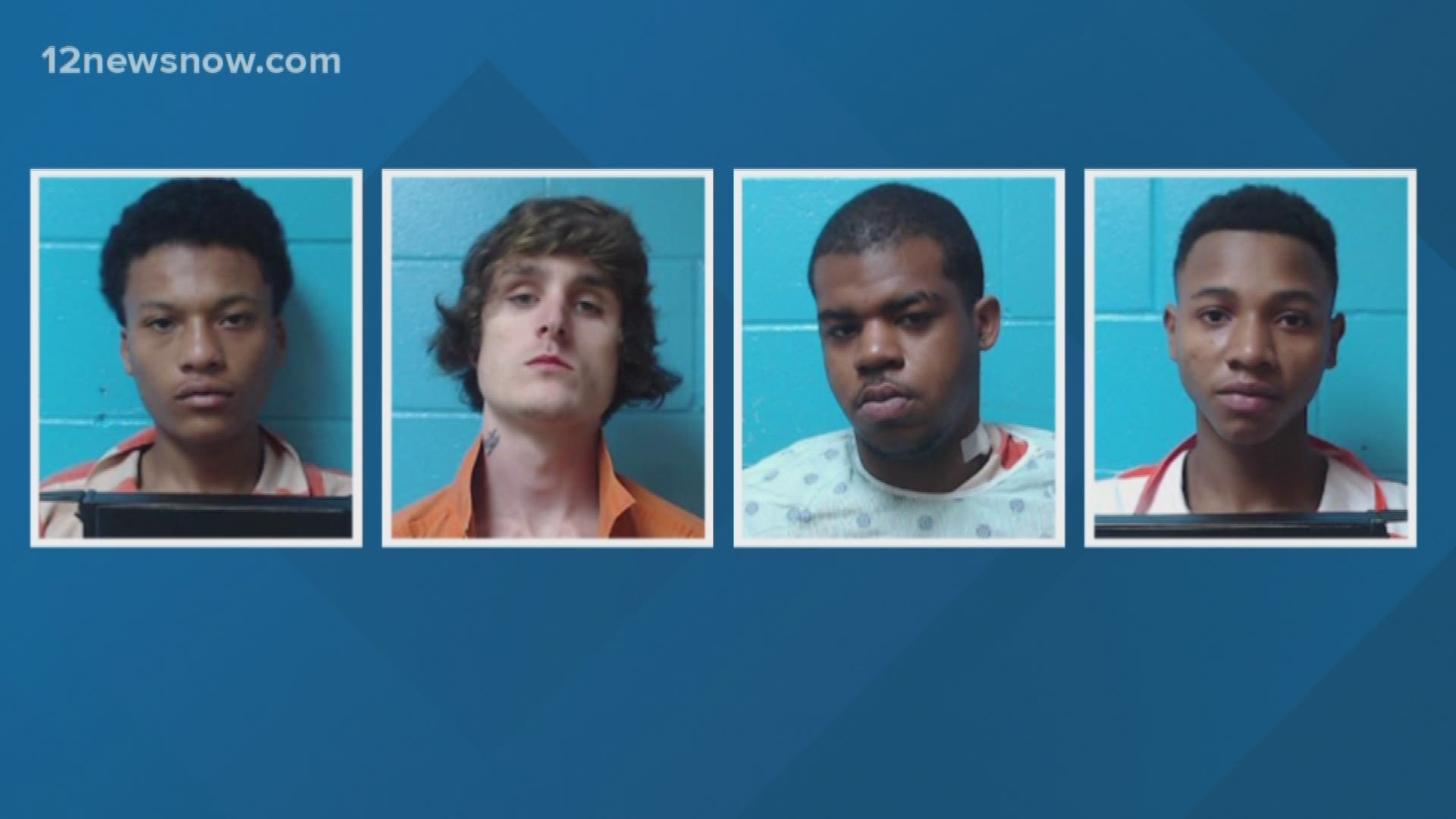 CHAMBERS COUNTY, Texas — Six of nine people involved in a fatal drug-related shooting have been arrested according to Chambers County Sheriff Brian Hawthorne.

The shooting happened Monday night in a Winnie Home on Elleby Avenue.

The sheriff's office says Trenton Christopher McBride, 19, is the suspected shooter and claims he was defending his roommate Jose Guadalupe Salazar.

Isia Lewis, 17, was the man fatally shot inside the home.

Rashaun Bishop, 17, was also shot and taken to the hospital for treatment. He's now in the Chambers County Jail.

Two of those arrested are juveniles.

Hawthorne said he believes it was a 'drug rip,' a case where a drug dealer steals from another drug dealer.

He said it's not a true home invasion as the residents originally reported.

RELATED: 'Nobody's telling us the truth,' Three people of interest on the run after fatal Winnie shooting

Sheriff Brian Hawthorne reports that 6 of the 9 persons involved in the alleged home invasion have been arrested and are in custody in the Chambers County Jail and a juvenile detention facility. The invasion he believes to be a drug rip (where one drug dealer steals from another drug dealer), and not a true home invasion as initially reported by the occupants in the residence on Elleby Avenue.

The 2 occupants of the home are Trenton Christopher McBride, 19, who appears to be the shooter, and whom he claims he was defending, his roommate, 21 year old Jose Guadalupe Salazar.

Shot and killed in the altercation was Isia Lewis, a 17 year old black male.

Arrested as of today:

Rashaun Bishop, 17, black male, who was shot and was transported to Hermann Hospital in Houston; currently healing in the Chambers County Jail.

Two juveniles, ages 15 and 16, are currently in the custody of juvenile authorities.

"The Chambers County Sheriff's Office and the Beaumont PD are actively seeking Donte Mack, 18, black male, for his involvement in the rip," said Sheriff Hawthorne.

Sheriff’s deputies responded and were at the hospital in 4 minutes learning that the gunshot victim had been shot at a home in the 400 block of Elleby Avenue.

Sheriff’s deputies responded to the home and discovered that there was another victim in the living room of the house. The deputies made contact with the home’s occupants and they claimed that a group of men attempted to do a home invasion, so they shot two of the invaders.

Preliminary investigation has revealed that there were in fact two men that had been shot in the home. One victim at Riceland Hospital and the other victim was deceased in the living room. Detectives believe that there were 3 men in the home, 2 in living room and 1 in the bedroom when a group of men rushed into the living room and assaulted one of the occupants of the home. Moments later the occupant that was in the bedroom came out shooting at the men who were assaulting his roommate.

After the shooting it was determined that 2 men had been shot; one dead in the living room and one was flown by Lifeflight to Memorial Hermann Hospital in Houston.

It is the belief of the detectives that this is a drug related criminal episode involving all 9 persons.

At this time the Beaumont Police Department has stopped, and apprehended, some of the persons of interest that fled the scene when the shooting occurred.