Quincy Davis was shot to death at the Bar 23 Social Lounge in 2019. The murder charges were dropped, but one of the men will pay a $25,000 fine and serve probation. 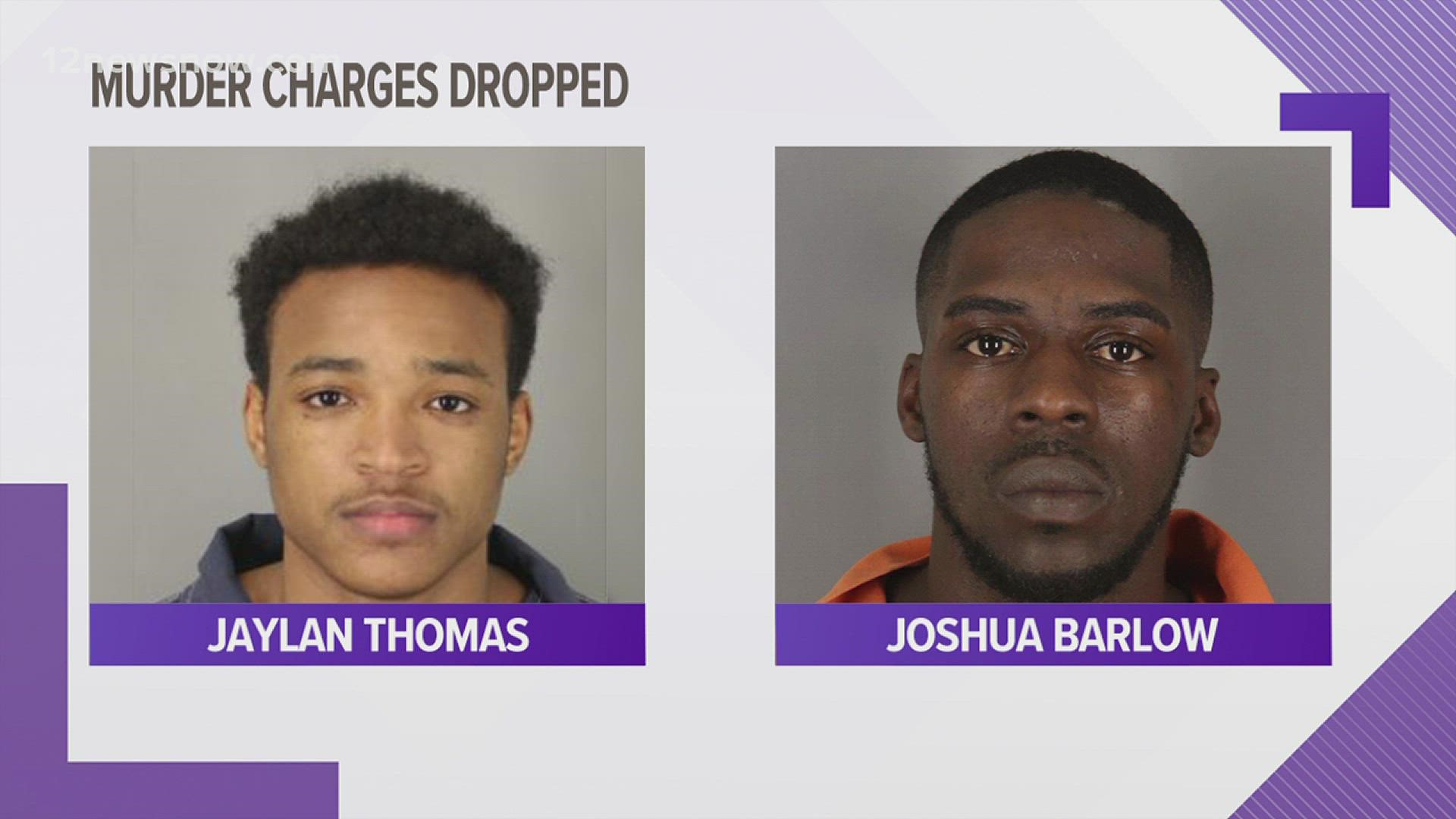 BEAUMONT, Texas — Two men arrested after a fatal bar shooting in Beaumont had murder charges dismissed this morning as they appeared in court.

Joshua Barlow and Jaylan Quin'Jordan Thomas appeared before Judge Raquel West in the 252nd District Court. Both were charged in the 2019 death of Quincy Davis. Davis was shot to death at the Bar 23 Social Lounge on Martin Luther King in Beaumont. A probable cause affidavit obtained by 12News shortly after the crime said there was a large fight outside the club that ended with gunfire. An investigation pointed to Barlow and Thomas as suspects.

A separate charge of aggravated assault related to the shooting had been filed against Thomas. That charge was not dropped. Judge West sentenced him to 10 years probation and a $25,000 fine. Barlow is already on probation for a non-related drug charge.