Police determined she was driving the Cherokee more than 100 mph, and the antilock brake activity slowed the car to 96 mph just before the crash. 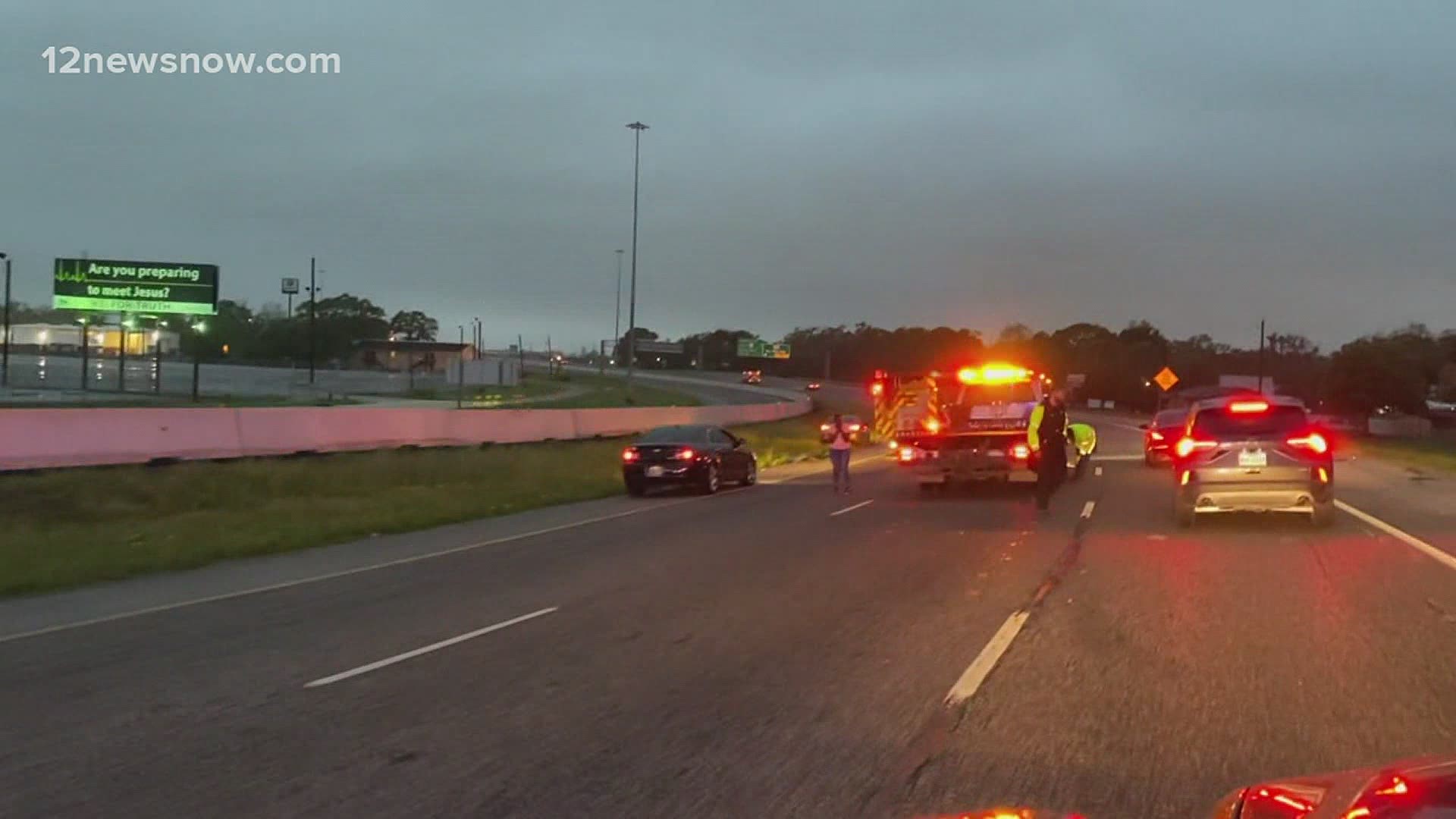 BEAUMONT, Texas — A Jefferson County grand jury handed up an indictment Wednesday charging a 23-year-old mother with intoxication manslaughter after a late April crash that killed her daughter on a Beaumont highway, according to an probable cause affidavit.

It happened April 23, in the 5900 block of East Cardinal Drive near MLK Jr. Parkway.

Witnesses said Alexandria Larae Perez, of Port Arthur, was driving a 2020 Jeep Cherokee at a high rate of speed with two other passengers in the car. A 25-year-old man and Perez’s three-year-old daughter were in the Cherokee.

Perez lost control of the Cherokee and crashed into a person’s car who was changing their tire in the outside shoulder of the road, according to the affidavit.

The person changing their tire was thrown over the overpass and survived, court documents say. Perez’s daughter, who wasn't safely strapped into a child seat, died at the scene.

"It's just really an unfortunate event, but our main focus is telling people to please put your children in a proper child restrain seat because this is kind of heartbreaking," Beaumont detective Cody Guedry told 12News.

The male passenger in the car suffered minor injuries and Perez was sent to the hospital.

Police determined she was driving the Cherokee more than 100 mph, and the antilock brake activity slowed the car to 96 mph just before the crash.

Her BAC was 0.182, which is more than twice the legal alcohol limit. She lost normal use of her mental and physical faculties by reason of introduction of alcohol or other substances, police said.

Perez was indicted for intoxication manslaughter, which is a second-degree felony.