The family's car was hit by a bullet during the shootout between an armored guard and robber. 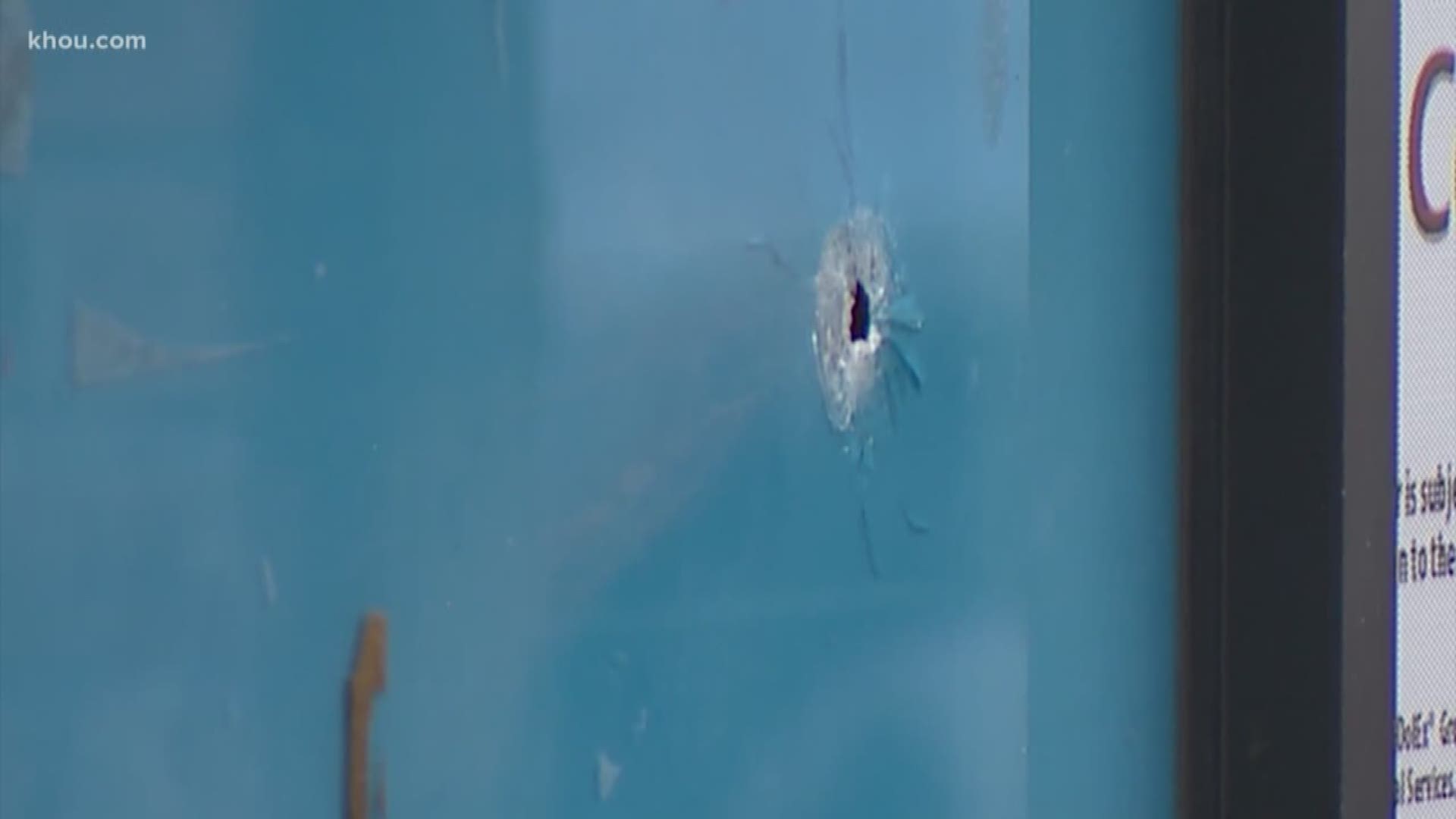 At least one gunman was waiting for the guard when he walked out of DolEx Financial Services in the 6000 block of S. Gessner around 11:30 a.m.

The suspect and guard got into a shootout in the parking lot.

When the owner of the business heard the gunfire, he ushered a customer and her two children, ages 3 and 9, into a back room.

Rodolfo Pérez rushed to the scene after his wife called him to tell him there had been a shooting outside the money transfer business.

"I’ve got my two kids inside, a nine-year-old and three years old so you can imagine how I feel right now," Perez said.

The family's vehicle was struck by a bullet.

"If she was there in the car maybe they can shoot one of my kids or my wife, so thank God she was inside the business," Perez said.

Bullets also pierced another vehicle and the DolEx window, but no one was hit.

The suspect or suspects got away in a truck. It's not clear if they were injured in the shootout or if they got any money.

"Man, it’s rough. Now you have to stay inside your house. It’s really, really sad to say that."

Police haven't released a description yet of the suspect or vehicle.

The FBI is leading the investigation.