Timothy Lewis, 35, was sentenced by a jury for a 2019 aggravated robbery in a Port Arthur townhome. 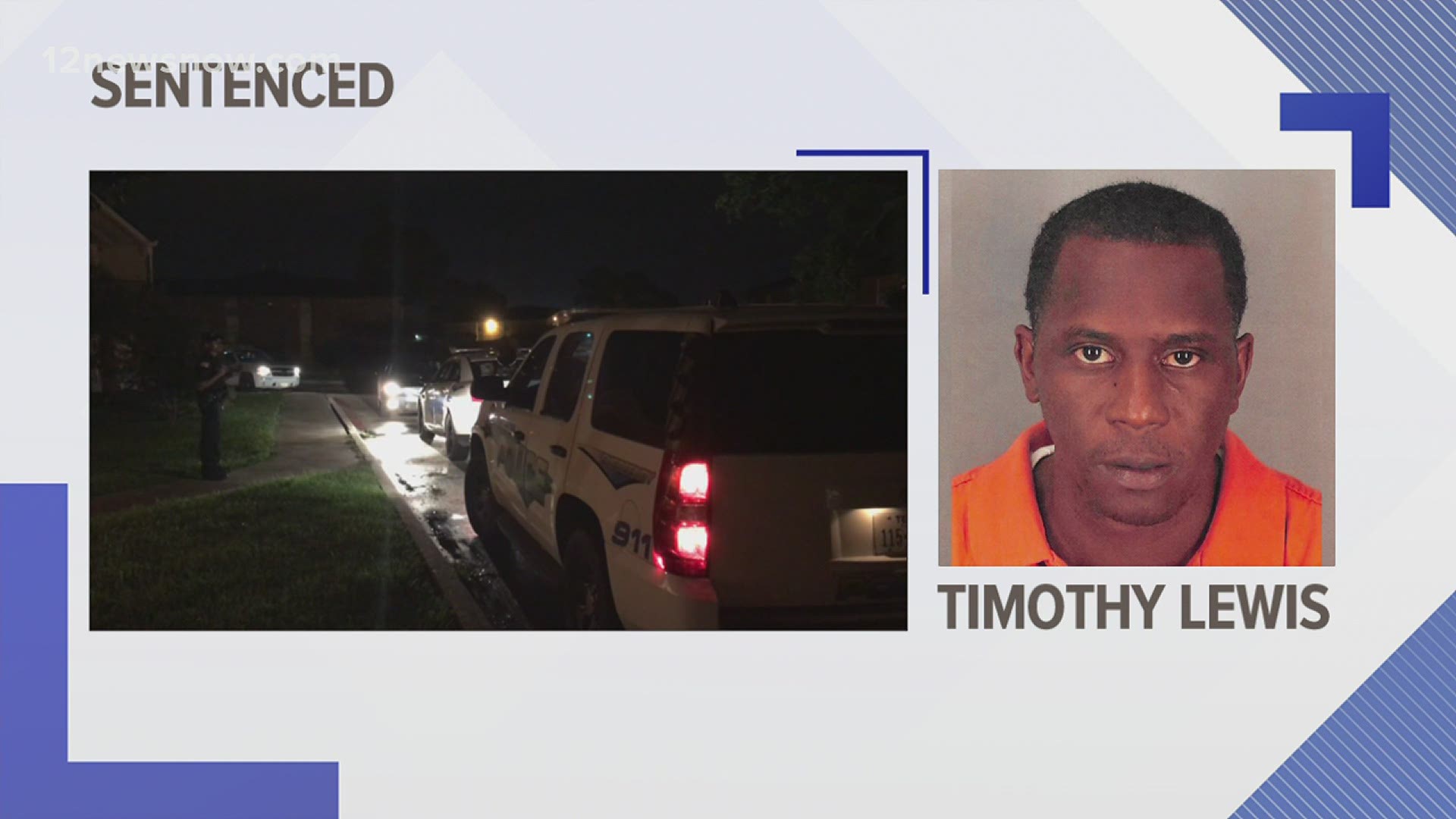 PORT ARTHUR, Texas — A Southeast Texas man has been sentenced to 50 years in prison for his role in an aggravated robbery, according to the Jefferson County District Attorney's Office.

Timothy Lewis, 35, was sentenced by a jury for the July 22, 2019 aggravated robbery in a Port Arthur townhome.

The victim was then forced inside the home at gunpoint and ordered to lie face down on the floor while four masked suspects stole items from the apartment, according to a release from the Port Arthur Police Department.

During the robbery, the victim's girlfriend hid in the bathtub and called 911. Port Arthur Police officers arrived at the home while the four men were still there.

Jorden Spiller of Beaumont, Caleb Broussard of Houston and Timothy Lewis of Winnie were arrested after the late night home invasion.

And the third suspect, Caleb Broussard, was captured by police immediately after he opened a door to the home. Broussard plead guilty and was sentenced to 25 years in prison on February 18, 2020, for his involvement in the robbery.