Police say the man jumped on the hood of his car as someone was stealing it. The victim's wife was inside the car as the robber took off. 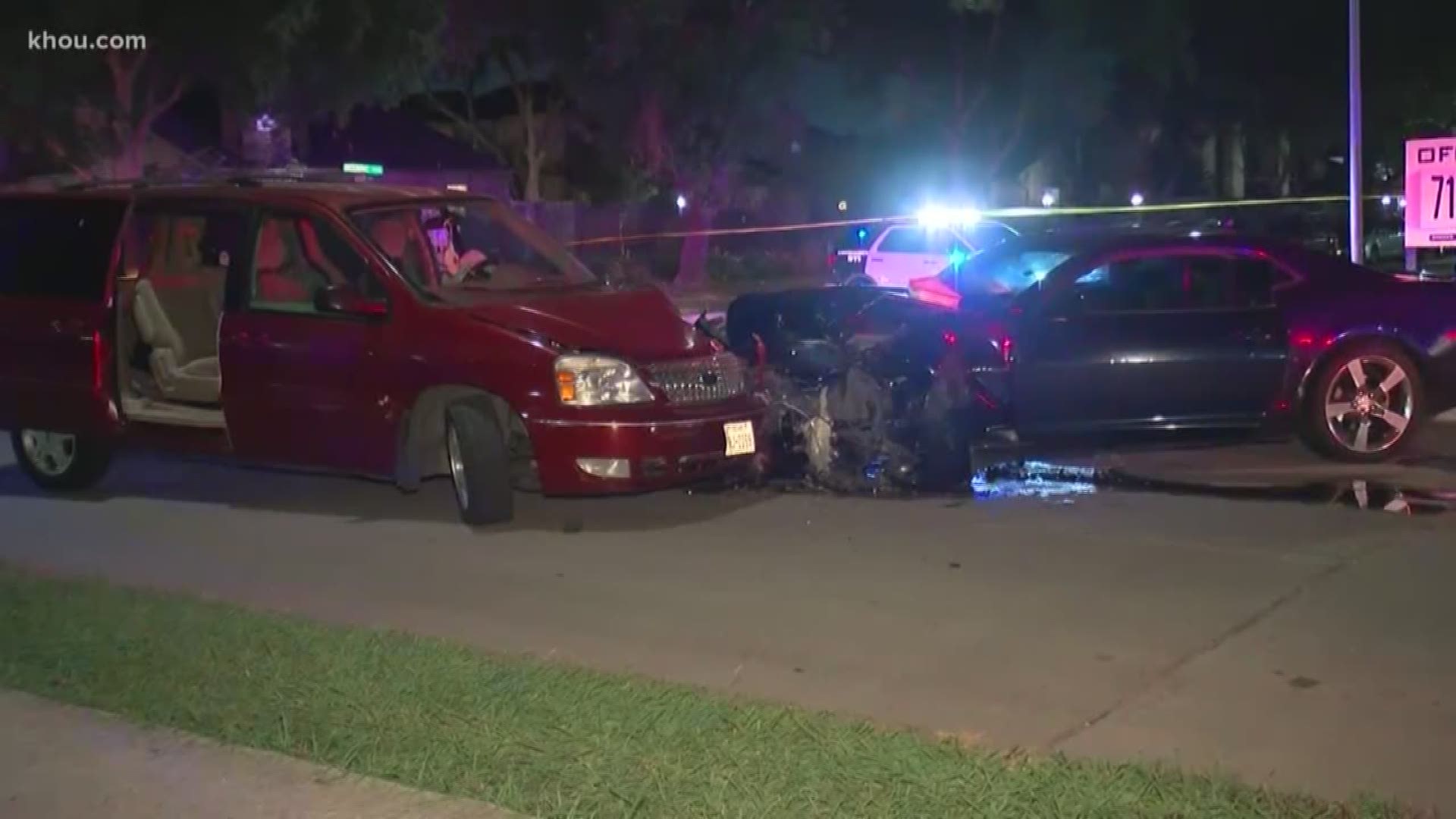 HOUSTON — A man who tried to stop a carjacker from driving off with his wife in the car may lose both of his legs after he was pinned between two vehicles.

Police said the suspect jumped into 47-year-old Orlando Ballester-Perez’s unlocked car when he walked into a store at Woodfair and Bissonnet.

Perez’s wife was sitting in the passenger seat and the Camaro was still running.

Perez jumped on the hood as the suspect took off and then tried to throw Perez off by swerving.

The car ended up crashing into a mini-van near Woodfair and Deering, pinning Perez’s legs.

Police said the husband may lose both his legs from the crash.

"He has very serious injuries to both of his legs," said Lt. Larry Crowson, on the scene. "They may require amputation, we’re not sure at this point.”

We spoke with him and others about what they'd do in a similar situation.

“I’d jump on that car like Superman," said Rwabukamba.  "I’m definitely jumping on that hood and I’m stopping whoever’s driving my car. I’m going to stop them."

The victim's wife and the driver of the Ford van that was hit were also taken to the hospital.

The suspect ran into a nearby apartment complex. Police described him as a husky man with dreads who ran from the scene after the crash.

Officers collected surveillance video from the store that may be released later.