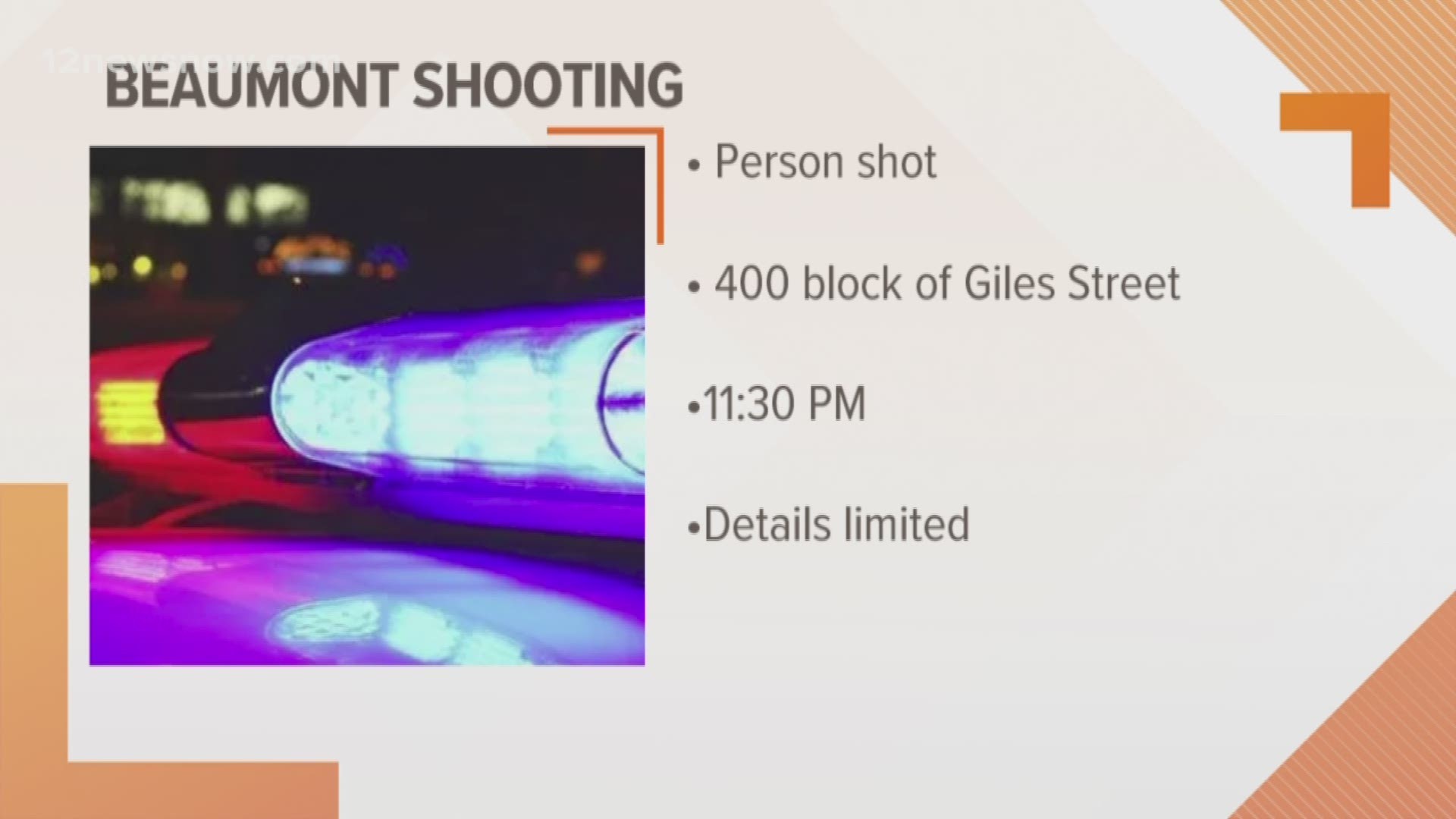 BEAUMONT, Texas — Beaumont police are investigating an aggravated assault that sent one person to the hospital in "critical condition."

Officers were dispatched to a house in the 400 block of Giles Street on Thursday around 11:30 p.m. regarding a person who was shot.

Upon arrival, officers said they located the victim suffering from a gunshot wound.

Preliminary investigations revealed there was a disturbance between two people at the house. Officers believe the situation stemmed from illegal drug activity.

Police say the victim tried to resolve the conflict, but tensions continued to rise. Shots were fired from both parties, which caused the victim to get shot.

Two of the people involved in the altercation left the scene before police arrived.

The victim, whose name has not been released, was taken to a local hospital. Police say the victim is in "critical condition." 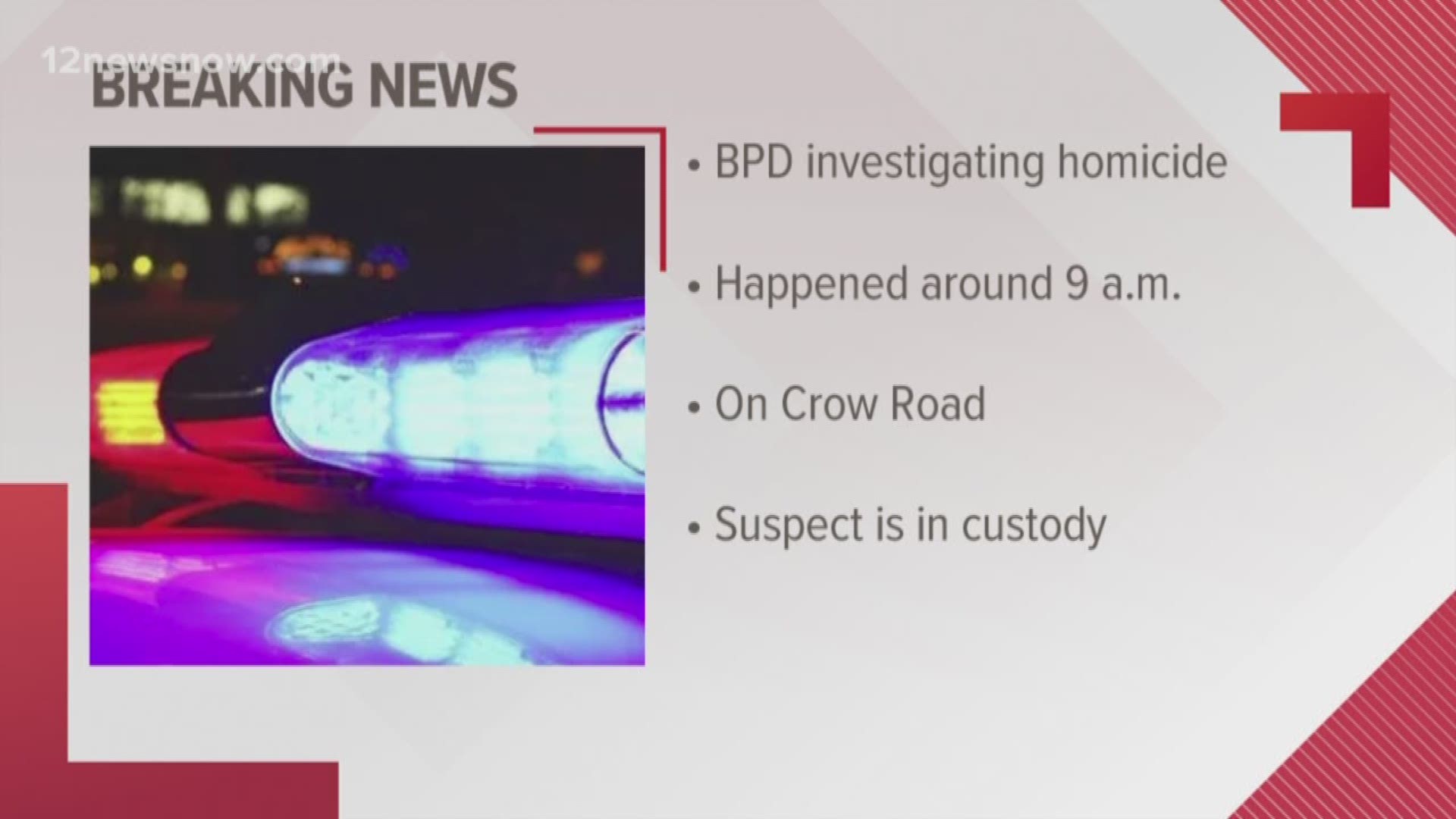