He has been in jail since his arrest on the same evening as the incident at Tyrrell Park. 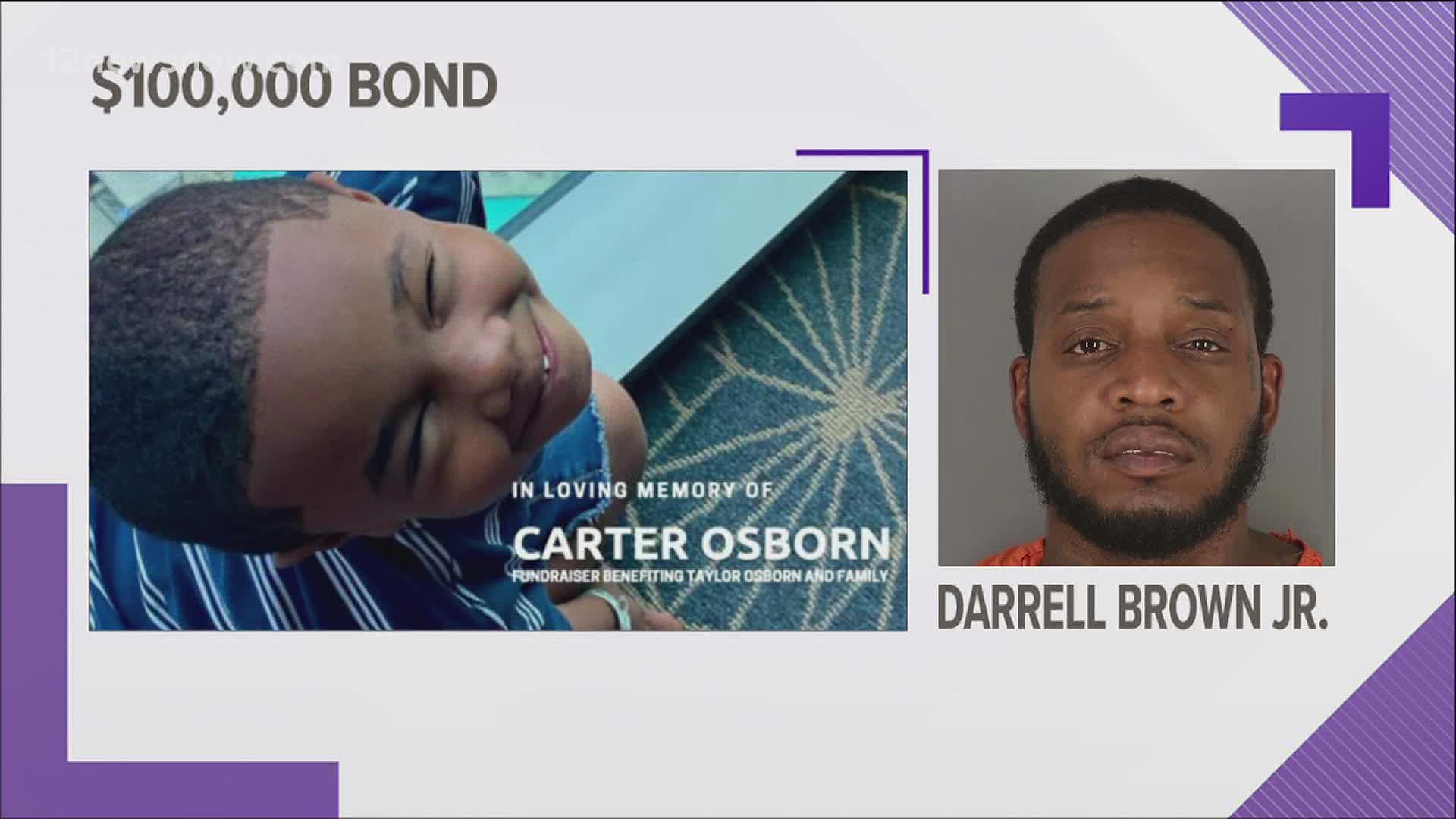 BEAUMONT, Texas — A Jefferson County judge has refused to lower the bond for a man jailed on a manslaughter charge in the death of a 6-year-old boy who was struck by an ATV at a Beaumont park.

Brown has been in jail since he was arrested on the same evening as the incident at Tyrrell Park.

He appeared before Judge Raquel West in 252 District Court on Wednesday when his attorney's presented a motion to have his bond reduced.

Brown's attorney made the request saying that his client needed to be able to provide for his children.

Prosecutors responded saying that the bond is reasonable and asked that it not be reduced because the charge involved the death of a young child.

They also mentioned Brown's prior offenses. He was initially arrested on outstanding warrants unrelated to the incident.

The 6-year-old Osborn was at Tyrrell Park playing with his family when he was hit and killed by an ATV that officials believe was being driven by Brown.

In an Aug. 7, 2021 Facebook post, Taylor Osborn, mother of Carter Osborn said in part, "Wednesday, July 28 the grand jury finally came down with an indictment for Manslaughter. Initially, BPD submitted for criminally negligent homicide which carries a max of 2 years .... We’re one step closer to #JUSTICEFORCARTER."