During the night, while medical personnel were with him, he began experiencing medical stress and became unresponsive. 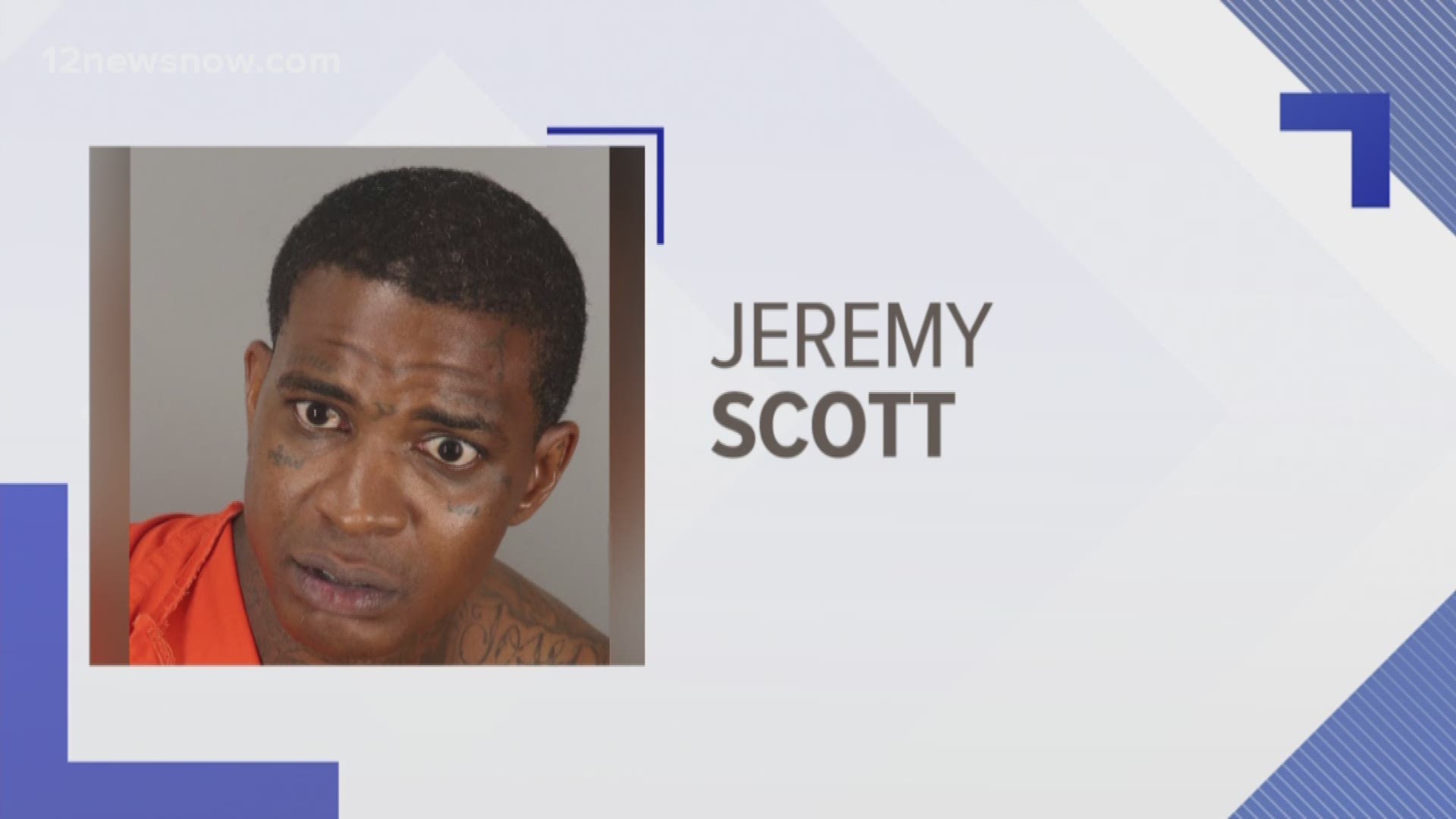 Jeremy Scott, of Port Arthur, who was arrested earlier this month by Port Arthur police on an aggravated robbery charge, died after being transported to the hospital according to the Jefferson County Sheriff’s Office.

Scott's cousin Megan Harrison said his death wasn't something the family was prepared for.

"God was ready for you, but we wasn't on earth," Harrison said.

Scott began experiencing medical issues on Tuesday and was taken to the Jefferson County Correctional Center’s infirmary for treatment according to a news release from the sheriff’s office.

During the night while medical personnel were with Scott, he began experiencing medical stress and became unresponsive, the sheriff’s office said.

Medical staff immediately began CPR and EMS was called and took him to the hospital by ambulance.

Scott, whose family has been notified, was pronounced dead at the hospital.

The Texas Rangers have been notified to conduct an investigation into Scott’s death which is standard protocol at the jail.

Scott's family said more should have been done and they say they won't stop until 'justice' is served.

Carla Carmoushe is the mother of one of Scott's children and says he will be best remembered for the lives he impacted.

"Regardless of how people want to paint him, everybody has a past, but this boy was getting ready to turn his life around," Carmoushe said. "I really believe that he want to spread and show the city that it don't have to be about fighting against each other, he believed in unity."

It's been difficult for family members like Harrison to come to grips with his death.

"It's just hurtful that the time that he was suppose to be here and we had everything going right for him and about to bring him to church and do this and keep his mind occupied from the Port Arthur-infected streets," Harrison said.

Although Scott is no longer here, his family plans to keep his spirit alive and well.

"We're going to continue to live life and he just gonna be a part of our life always. We're gonna make him proud," Carmoushe said.

Yesterday, 10/22/2019, a 36 year old male inmate at the Jefferson County Correctional Facility was taken to the Infirmary after he began experiencing medical issues.

The inmate was transferred by EMS to a local hospital where he was pronounced deceased.

As per State Jail Commission Standards and JCSO protocol, the Texas Rangers were notified to conduct the investigation.

The inmate has been identified as 36 year old Jeremy Scott of Port Arthur, Texas.  He had been arrested by PAPD for Aggravated Robbery.  His family has been notified.