On June 3, Javante Jordan Stoker was found guilty by a jury and sentenced to 28 years in prison, for the 2019 shooting of a man outside a Beaumont Waffle House. 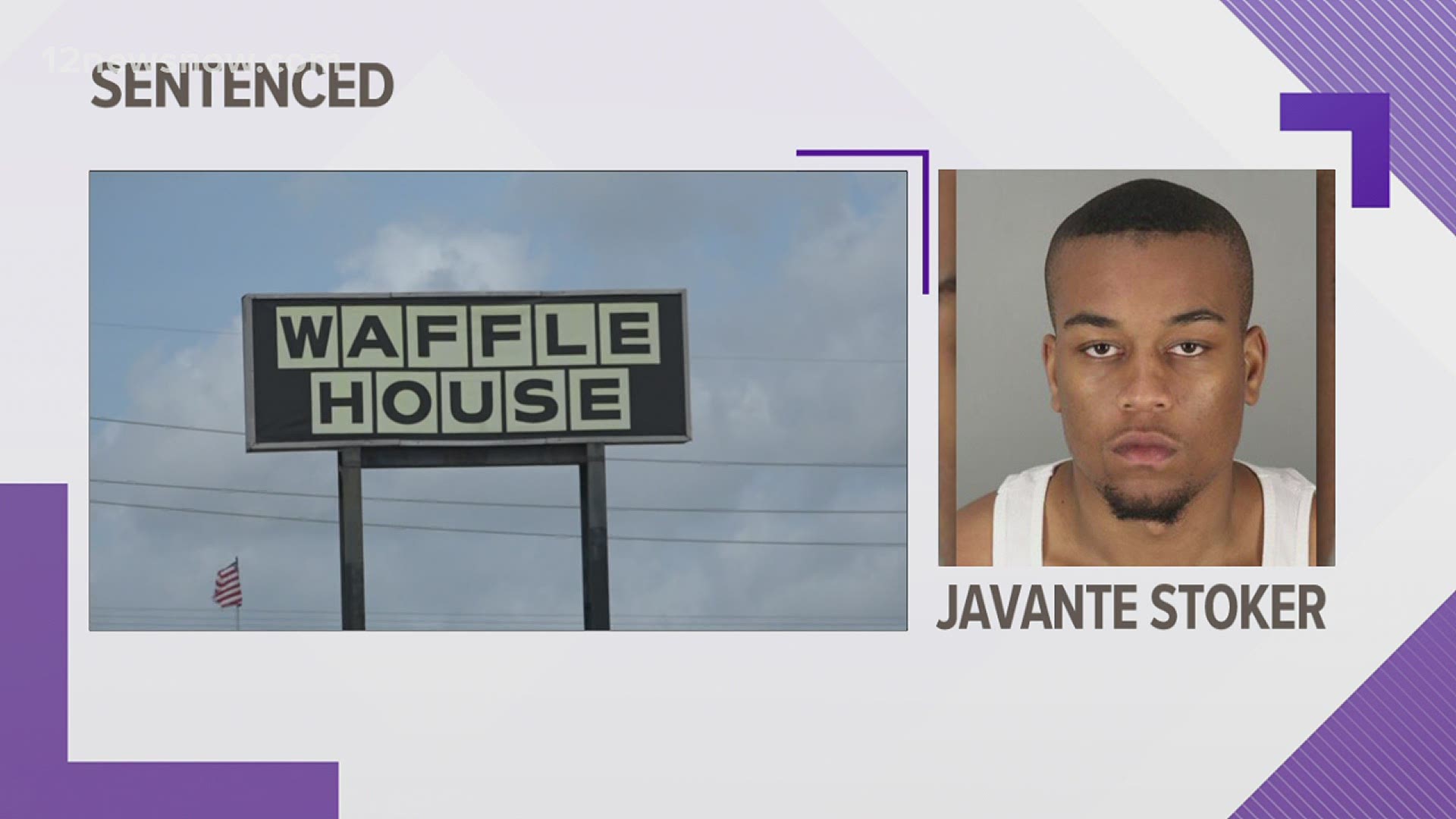 BEAUMONT, Texas — Javante Jordan Stoker was found guilty by a jury and sentenced to 28 years in prison on June 3, for the 2019 shooting of a man outside a Beaumont Waffle House, after losing a dice game.

Stoker will have to serve one-half of his sentence before he is eligible for parole.

After losing the money, Stoker walked to his car and came back with an assault rifle and called a Draco. Stoker told the others shooting dice to give him their money.

The victim pushed the gun away and attempted to run but was shot in the leg by stoker, which shattered his shin bone.

The victim crawled into the Waffle House for safety, and afterwards, his friends drove him to the hospital.

Stoker was located on Aug.13, 2019 and arrested in the 4700 block of Park around 2:30 pm by members of the US Marshall Task Force according to a Beaumont Police Department news release.