'The governor wants justice done in this case, as does the GBI, and I am confident we will deliver that.' 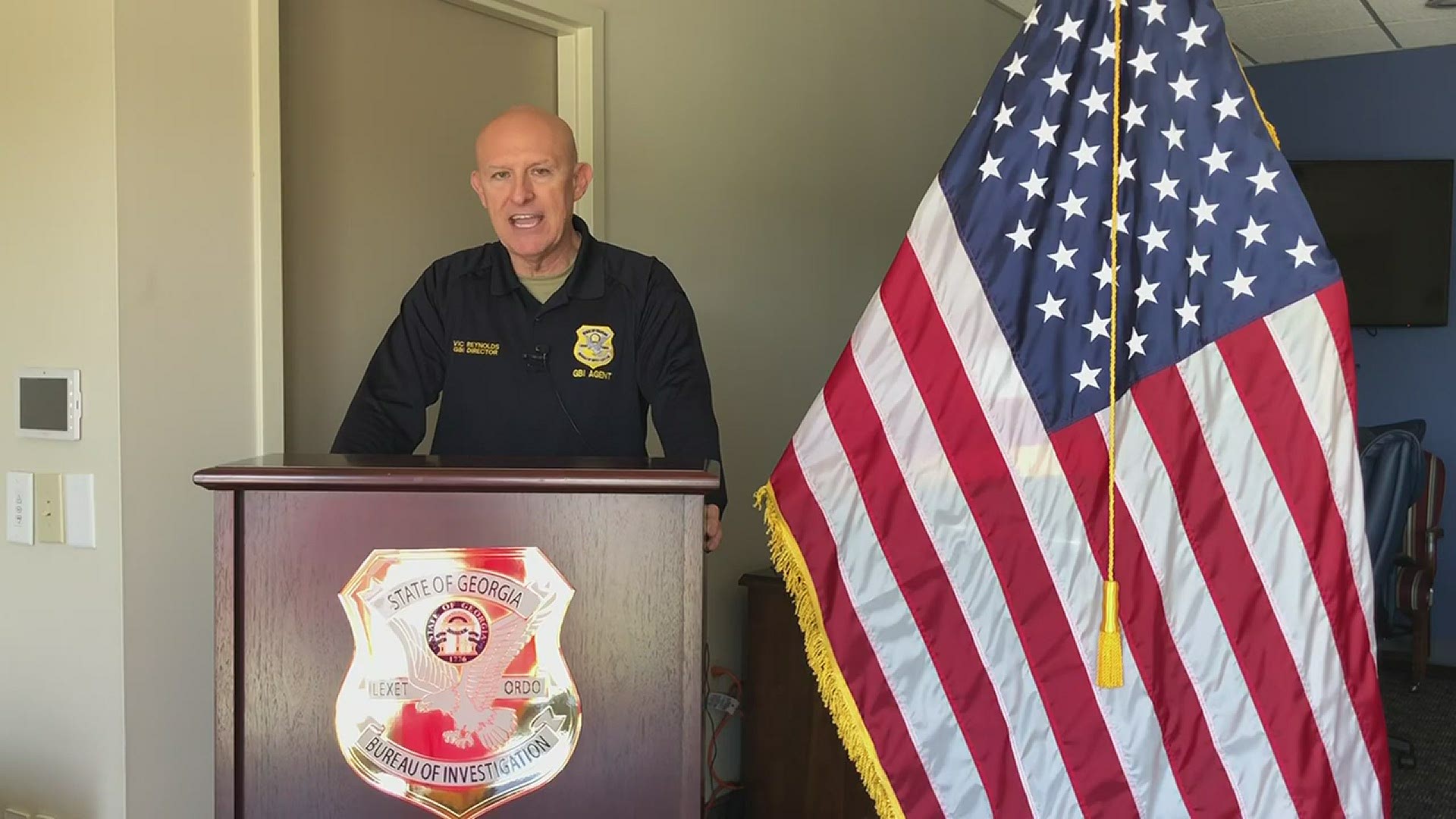 ATLANTA — Calls are growing louder for authorities to hold accountable two armed men who used a shotgun to shoot a man jogging through a south Georgia neighborhood in February. The Georgia Bureau of Investigation said they have been heard.

In a video statement, GBI Director Vic Reynolds promised the state agency will complete a thorough investigation into the death of Ahmaud Arbery. The 25-year-old black man was allegedly killed by a father and son, both white, who said they thought he looked like someone suspected of breaking into houses in their Brunskwick, Georgia neighborhood.

"Our goal with every investigation is to seek the truth," Reynolds said in a recorded statement shared by the GBI. "That's exactly what we intend to do in this matter."

The case has garnered growing scrutiny, as no arrests have been made in the case, more than two months later. National activist and civil rights group have called Arbery's death a hate crime, and pointed to video posted online this week that shows what appears to be the moment Greg and Travis McMichael drive up to Arbery and shoot him.

The case has languished in limbo for months, after two separate district attorneys who represent the area recused themselves from the cases over possible conflicts of interest. Greg McMichael, the father, worked several years in law enforcement before working as an investigator in the district attorney’s office in Brunswick.

This case finally saw movement again this week, when, on May 5, District Attorney Tom Durden - the District Attorney from the Atlantic Judicial Circuit who was appointed special prosecutor in the case - recommended that it be presented before a grand jury for criminal charges. The announcement came after the video showing the shooting surfaced online.

Reynolds said he reached out to Durden that same night, offering the agency's full assistance. Durden accepted the offer, Reynolds said, and formally requested that the GBI get involved - a necessary step in the process.

"After Mr. Durden's request last night, I advised him that we would hit the ground running this morning," Reynolds said.

The GBI said it now has three agents from different regional offices working the case from headquarters in DeKalb County.

"We bring to bear every resource and experience this agency has in resolving this matter," Reynolds promised.

The director acknowledged that emotions are running high in both the community and across the state, but he implored everyone to have patience to allow for the thorough investigation.

"The last thing anyone wants to do is extend us patience, but I also realize that this investigation needs to be done correctly, and therefore I must ask for a little of your patience," Reynolds said. "I am confident that we'll do justice in this matter just as I am confident we will do it the right way."

"Usually the right road isn't the quickest or fastest way, but it's the right way, and that's the road we intend on taking," he added. "The governor wants justice done in this case, as does the GBI, and I am confident we will deliver that."

GBI timeline for involvement in the case: