A fellow student is charged in his death while police continue their investigation, including looking for the weapon. 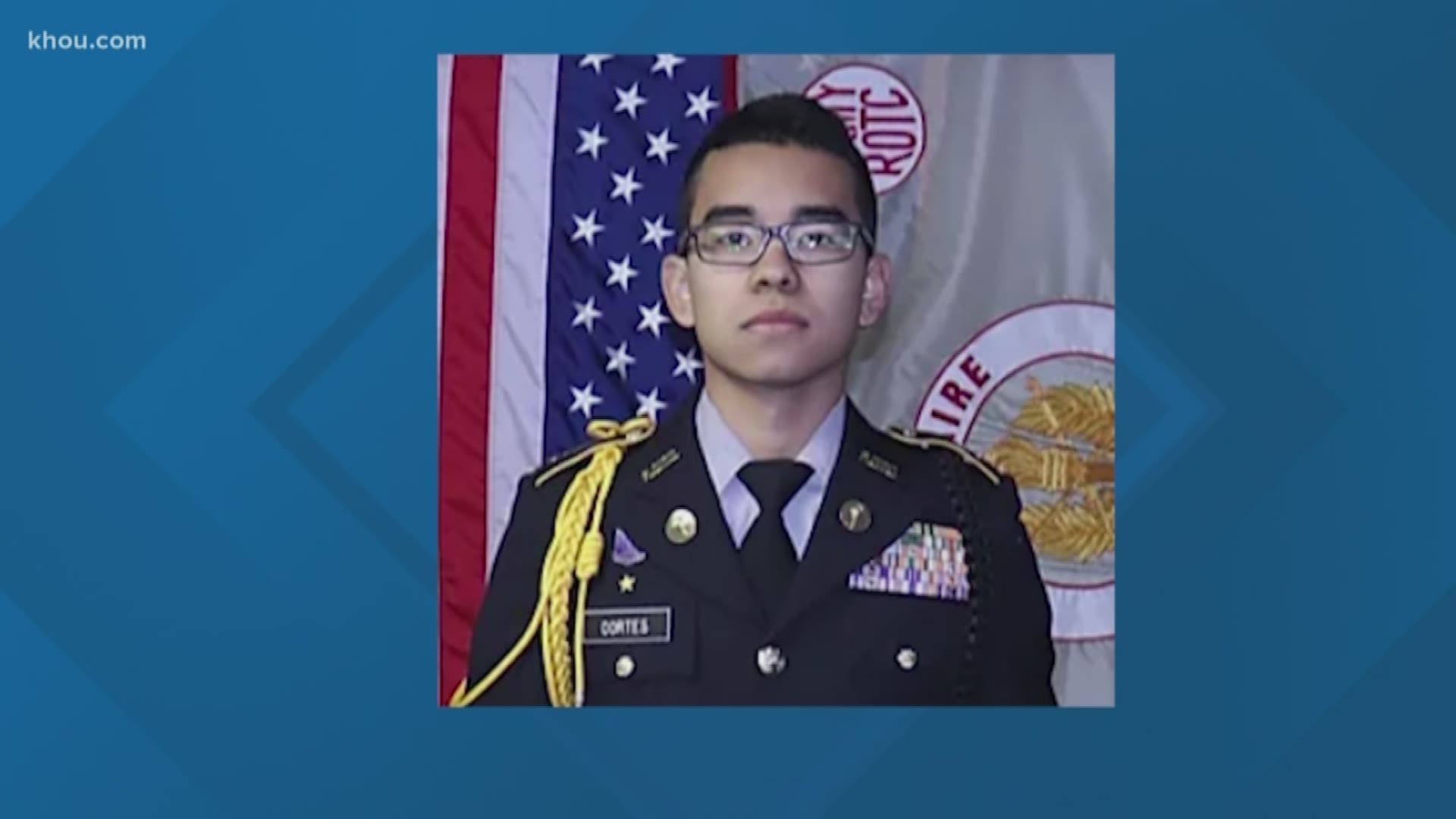 A fellow student is charged in his death while police continue their investigation, including looking for the weapon.

The Harris County District Attorney’s Office said the shooting was the result of an accident, and a 16-year-old suspect did not mean to kill his classmate, a young man who’s fondly remembered.

JROTC cadets and officials identified the student who was killed as 19-year-old Cesar Cortes, a fellow cadet who had already signed up to serve in the Army.

Cortes died during what the DA said Wednesday was an unintentional shooting involving a 16-year-old later charged with manslaughter.

“You know how teenagers are. There’s a lot of rumors, but what I heard was that there was an accident or maybe someone was playing with a gun or something,” said Zoe George, a friend of Cortes’.

Police said the suspect was found behind a convenience store about a mile from the school and was arrested near a dumpster.

Surveillance video shows the arrest a few hours after the shooting. There was initial information about a possible second suspect, but we’ve learned others are only being interviewed as witnesses.

Student Elliot Newman wasn’t sure he heard a gunshot at first, but like others, he regretted a friend lost his life as a result.

“My hope now is that we can all go back to school and have, be safe,” he said.

Part of the message these students were sending during this gathering is gun violence needs to end.

“First of all, there should’ve never been a gun at our school – that’s what I believe – that’s wrong, you know?” George said.

The search for the handgun used in the shooting continues. Police are asking people to notify them immediately if they come across it. Where it came from and how it got into the school is still under investigation.

A vigil will be held for Cortes at 6 p.m. Wednesday at Evelyn's Park in Bellaire.