The 25-year-old mother is facing a charge of abandoning or endangering a child. 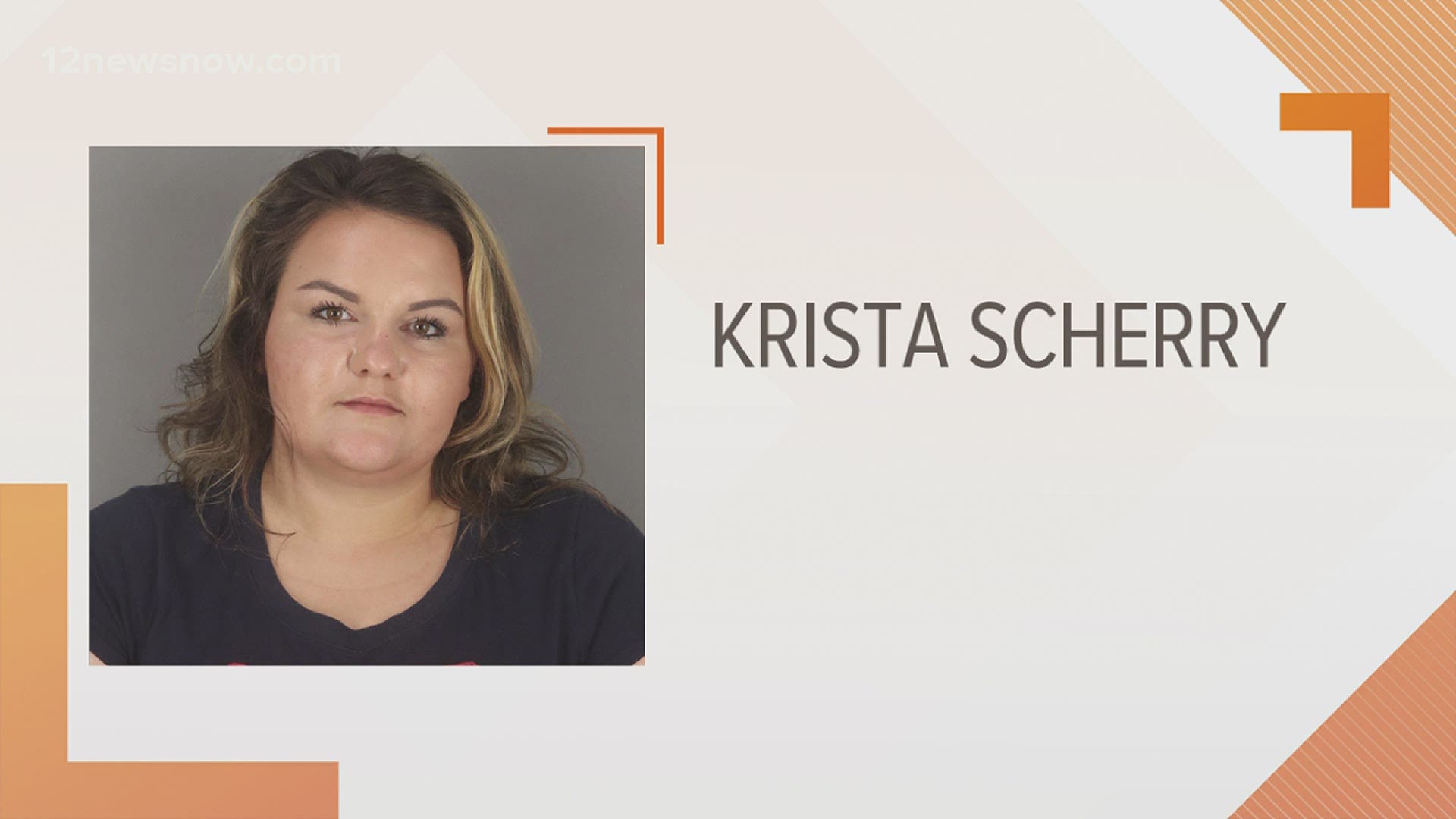 GROVES, Texas — A Groves mother has been arrested and charged with child endangerment after her 2-year-old tested positive for methamphetamines.

Krista Breeann Sherry, 25, has been indicted by a Jefferson County grand jury on a charge of abandoning or endangering a child.

According to the probable cause affidavit, Groves Police received a report from Child Protective Services, stating a 2-year-old tested positive for meth.

Officials say Scherry, admitted that her child was at home while she was using meth with the child's father, but she couldn't explain why the child tested positive.