The criminals didn't get away with any guns this time, but they left behind a lot of damage. 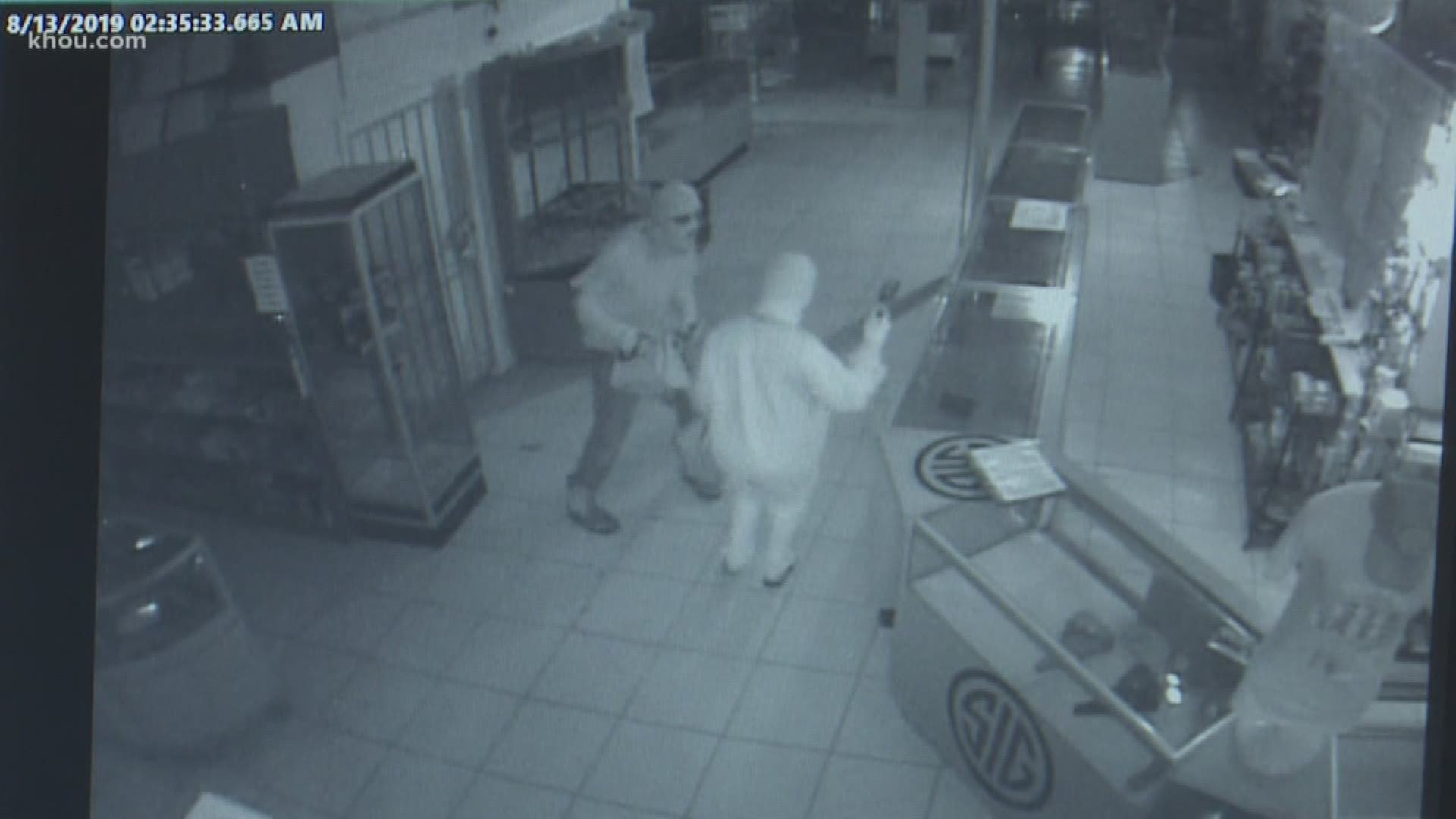 HOUSTON — Full Armor Firearms is no stranger to attempted burglary. Yet again, a group of suspects smashed into the front of the west Houston business overnight.

James Hillin tells KHOU 11 News this was the 30th time in his eight years of business that criminals have targeted his store, which is located in the 11900 block of the Katy Freeway.

Hillin says the latest burglary attempt happened just after 2:30 a.m. Tuesday, but the group ended up leaving empty-handed since all of the firearms were secured in a vault.

The burglars were in and out in 15 seconds after they smashed the glass and ripped out the front door but discovered they could not access the guns inside, Hillin explained. He says he watched the whole incident on surveillance video.

Hillin says there is usually an armed guard at the store overnight.

Store employees say it takes them about 45 minutes to remove the roughly 1,500 guns from the store and lock them up every night.

“It’s stupid that people keep breaking in time after time," Sales Lead Brandon Crouch said. “They can’t read that on the front window that all guns are put in our vault, that’s currently impenetrable.”

“We lock all our guns up in a vault so they’re going to get nothing here. And we usually have somebody here that we like to shoot back, if they have guns, we’d like to stop them from robbing my store," Hillin said.

Back in 2018, Houston police said a security guard at the store shot three burglars. And in January 2017, one of the gun store employees opened fire on another group of criminals during a break-in.

Even though the latest break-in didn't result in stolen guns, it did result in costly damage to the store. Hillin says he has never lost any guns to theft, despite the numerous attempts by criminals to break into the store.

“Get a real job. You’re willing to work at night. Work as a team. You wear a uniform. You do all the things a normal person would do at a job, why don’t you just get a real job,” Hillin said of the criminals that target his business.