Jesse Rodriguez died after being shot while driving his truck south on Dowlen under the Eastex Freeway underpass late Saturday afternoon. 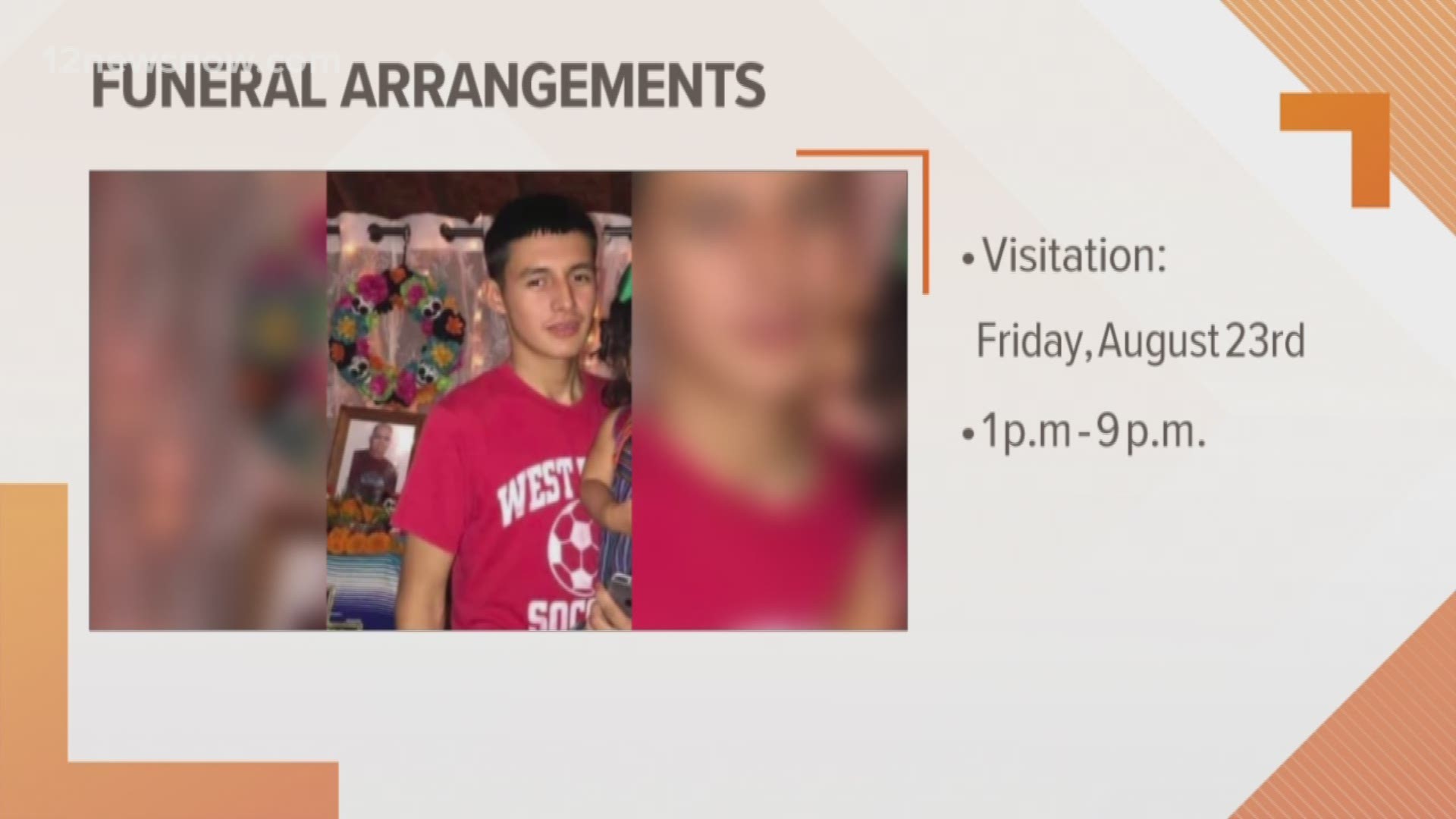 Jesse Rodriguez died after being shot while driving his truck south on Dowlen under the Eastex Freeway underpass late Saturday afternoon.

Funeral services will also be at Claybar Kelley-Watkins Funeral Home on Saturday, August 24, 2019, at 10 a.m. with burial to follow at Magnolia Cemetery

Visitation will be Friday, August 23, 2019 from 1pm to 9pm. Funeral services will be Saturday, August 24, 2019 at Claybar located on 11th St. and will began at 10 am. The Burial will follow at Magnolia Cemetery in Beaumont.

The family created a GoFundMe account with a goal of $2,000 to help raise money to cover funeral and medical expenses and as of Thursday morning the balnace was at $10,637.

Castillo spoke to 12News about her brother on Tuesday saying that she would miss her brother’s laugh the most.

"He doesn't have a single bit of sadness or hatred in his bones. He was a funny guy," Castillo said.

Two of her and Rodriguez’s brothers were with him that day and she told 12News the two boys are still trying to process what started in CiCi’s Pizza and ended in Rodriguez’s death barley a block away.

"It was just a minor interaction, something that was completely accidental. Something that shouldn't have lead up to what it lead up to," Castillo said.

Two men and a woman were arrested and charged with murder in connection with his death.

Martin Pettway, 21 and Xavier Parrish, 20, are both being held on a $1 million bond and Nyah Mayfield has been released on a $5,000 bond.

She also told 12News her brother wasn't alone inside the truck when he was shot.

"He had a friend in there with him," Castillo said.