A 15-year-old girl was stabbed and taken to a nearby hospital where she later died. The fight may have started at a movie theater before ending in a Walmart. 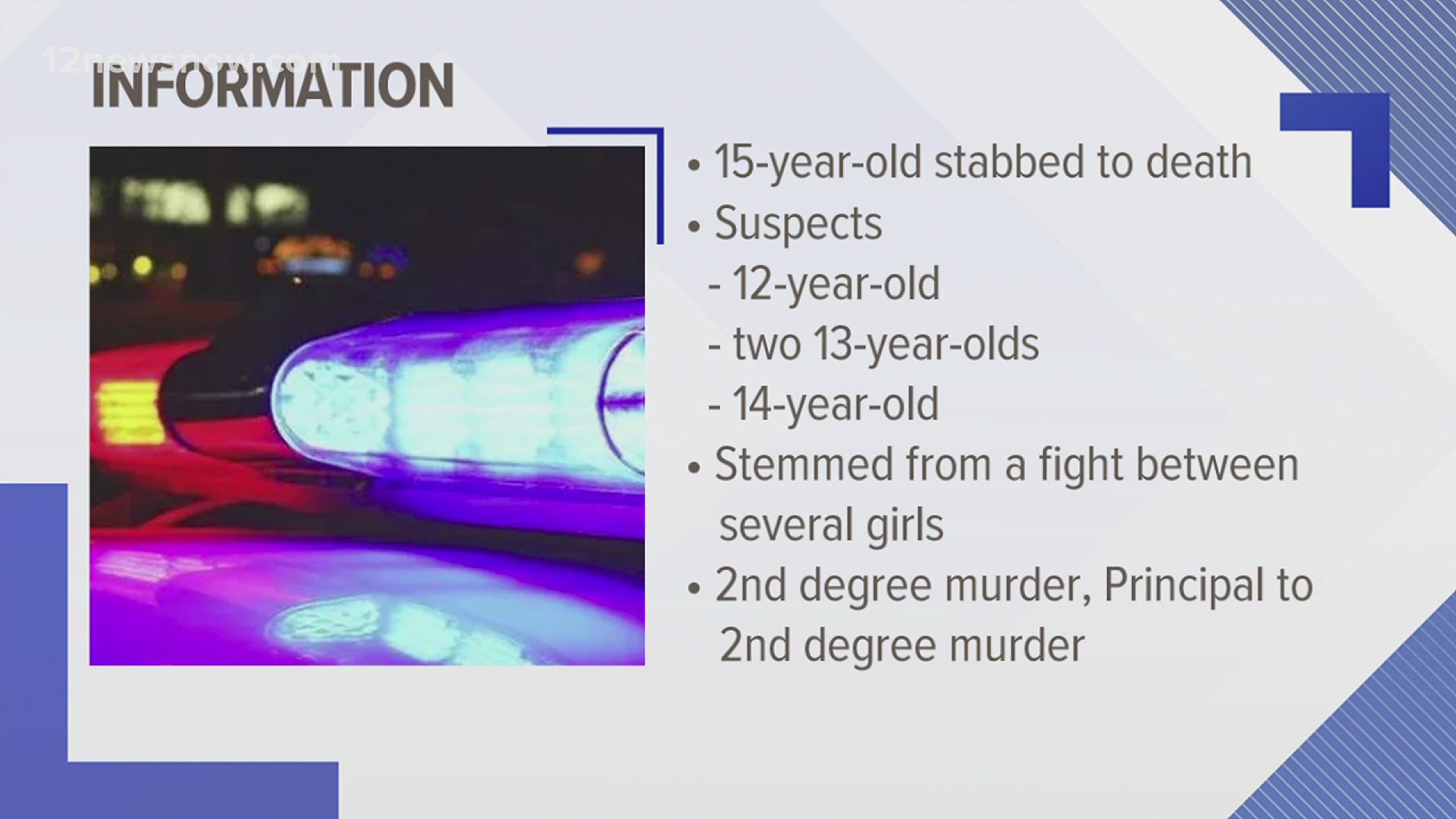 LAKE CHARLES, La. — Four teenagers were arrested in connection with a 15-year-old being stabbed to death at a Walmart in Lake Charles.

The stabbing happened at 7:30 p.m. Jan. 23 at a grocery store on Highway 14 in Lake Charles during a fight between several girls inside the store, the Calcasieu Parish Sheriff's Office spokesperson Kayla Vincent said in a news release.

A 15-year-old girl was stabbed and taken to a nearby hospital where she later died, Vincent said.

KPLC reported the stabbing happened inside a Walmart on Highway 14. The fight may have started at a movie theater before ending with the deadly stabbing at Walmart, Calcasieu Parish Sheriff's Office Chief Deputy Stitch Guillory said in an interview with KPLC.

Detectives arrested four girls, a 12-year-old, two 13-year-olds and a 14-year old after investigation. All four were booked into the Calcasieu Parish Juvenile Detention Center.

The investigation is still on-going and anyone with further information is asked to contact the Calcasieu Parish Sheriff's Office at (337) 491-3605.