The men were arrested on Jan. 13 in Beaumont. Investigators say they were following an armored truck from Lake Charles 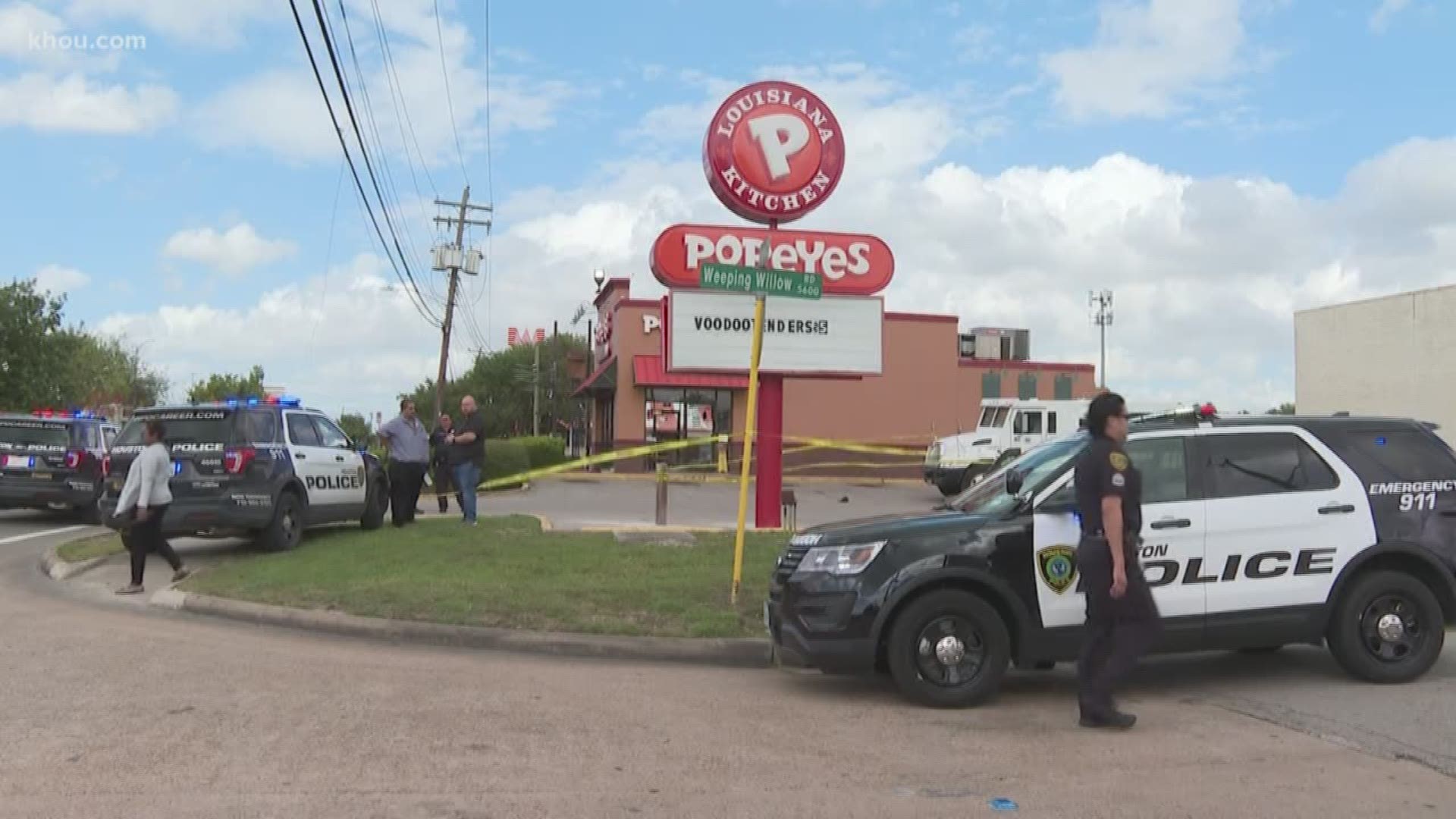 Investigators believe the men are responsible for the October 2019 shooting at a fast food restaurant.

During that robbery, investigators say three had guns and demanded money from the driver. He was shot and killed.

The group later allegedly followed an armored vehicle into Beaumont, where they were arrested on Jan. 13 according to a Department of Justice news release.

They could face up to 20 years in federal prison.

From a Department of Justice news release:
Four Houston men have been arrested on federal violations in the Eastern District of Texas announced. U.S. Attorney Joseph D. Brown

David Nathan Taylor, 28; Prentis Leewood Delaney, 29; Coray Quan Brown, 32; and Jamarius Early Jones, 21; appeared in federal court in Beaumont today for initial appearances.  A criminal complaint charging the individuals with conspiracy to commit Hobbs Act robbery was signed by U.S. Magistrate Judge Zack Hawthorn on Jan. 14, 2020.  The Hobbs Act prohibits actual or attempted robbery that has an effect on interstate commerce by reason of their repetition and aggregate effect on the economy.  Investigators believe the crew is responsible for the October 2019 murder of an armored car guard in northwest Houston.

According to the criminal complaint filed in the Eastern, District of Texas, the Federal Bureau of Investigation was investigating a series of armored car robberies, including the fatal robbery of a Loomis armored car courier that occurred on Oct. 24, 2019, in Houston.  During that robbery, three individuals brandished firearms and demanded money from the courier.  The courier was shot and killed.  A subsequent investigation led officers to these four subjects.  On Jan. 13, 2020, these individuals were observed together in Houston prior to traveling to Lake Charles in two separate vehicles.  Upon arriving in Lake Charles the subjects were observed by law enforcement following an armored vehicle that then traveled to Beaumont.  After arriving in Beaumont they were encountered by law enforcement and subsequently arrested.  Inside one of the vehicles officers discovered two AR-15 style rifles, a pistol, three masks, three sets of gloves, five cell phones, and two open bottles of rubbing alcohol.

If convicted, the defendants face up to 20 years in federal prison.

A grand jury indictment or complaint is not evidence of guilt.  All defendants are presumed innocent until proven guilty beyond a reasonable doubt in a court of law.