Groves Police said a shooting on Taft Street followed a fight between a man and his common-law wife after the couple went fishing Sunday under the Rainbow Bridge. 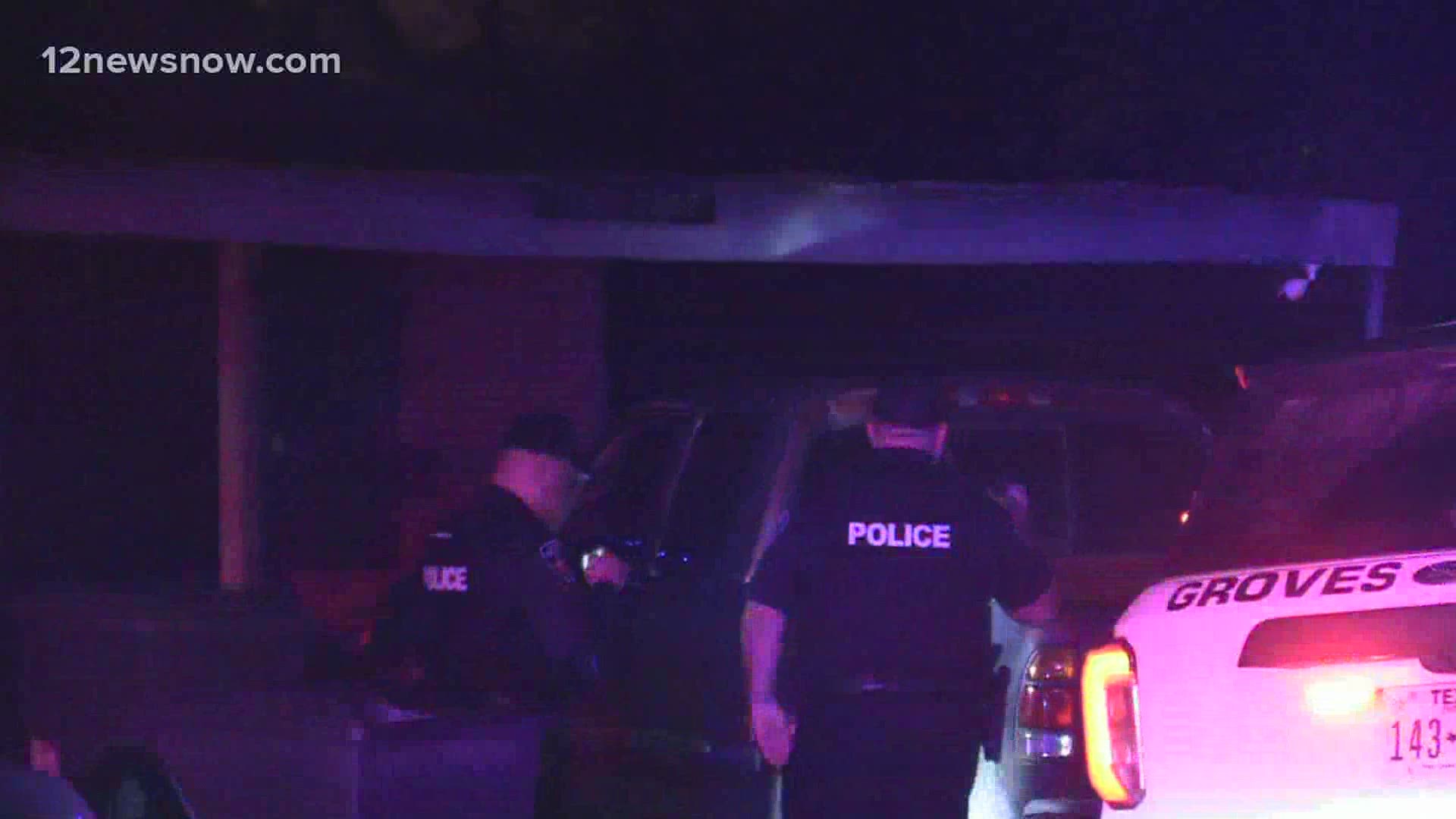 GROVES, Texas — A fight between a man and his common-law wife on a fishing trip seems to have led to a shooting in Groves, police said.

Officers arriving at the scene found a 55-year-old man with a gunshot wound in his right thigh. Investigators found that he lived at the house with his common-law wife and had been fishing under the Rainbow Bridge Sunday afternoon when they argued.

The man took the boat home on his truck and left her stranded at the bridge, Reynolds said.

Two other men gave the woman a ride home, but while they were dropping her off, the man came out of the house and started fighting with one of the men, then ran back into the house and grabbed a shotgun, Reynolds said.

Shots were exchanged between the two men. The common-law husband was shot in the leg with the other man's handgun, Reynolds said. Then the two men left the scene.

EMS responded to the scene and took the man to the hospital.

The investigation into this incident is still ongoing, and no arrests have been made, Reynolds said.