There were several people in the home at the time of the shooting and all are cooperating with investigators according to the release. 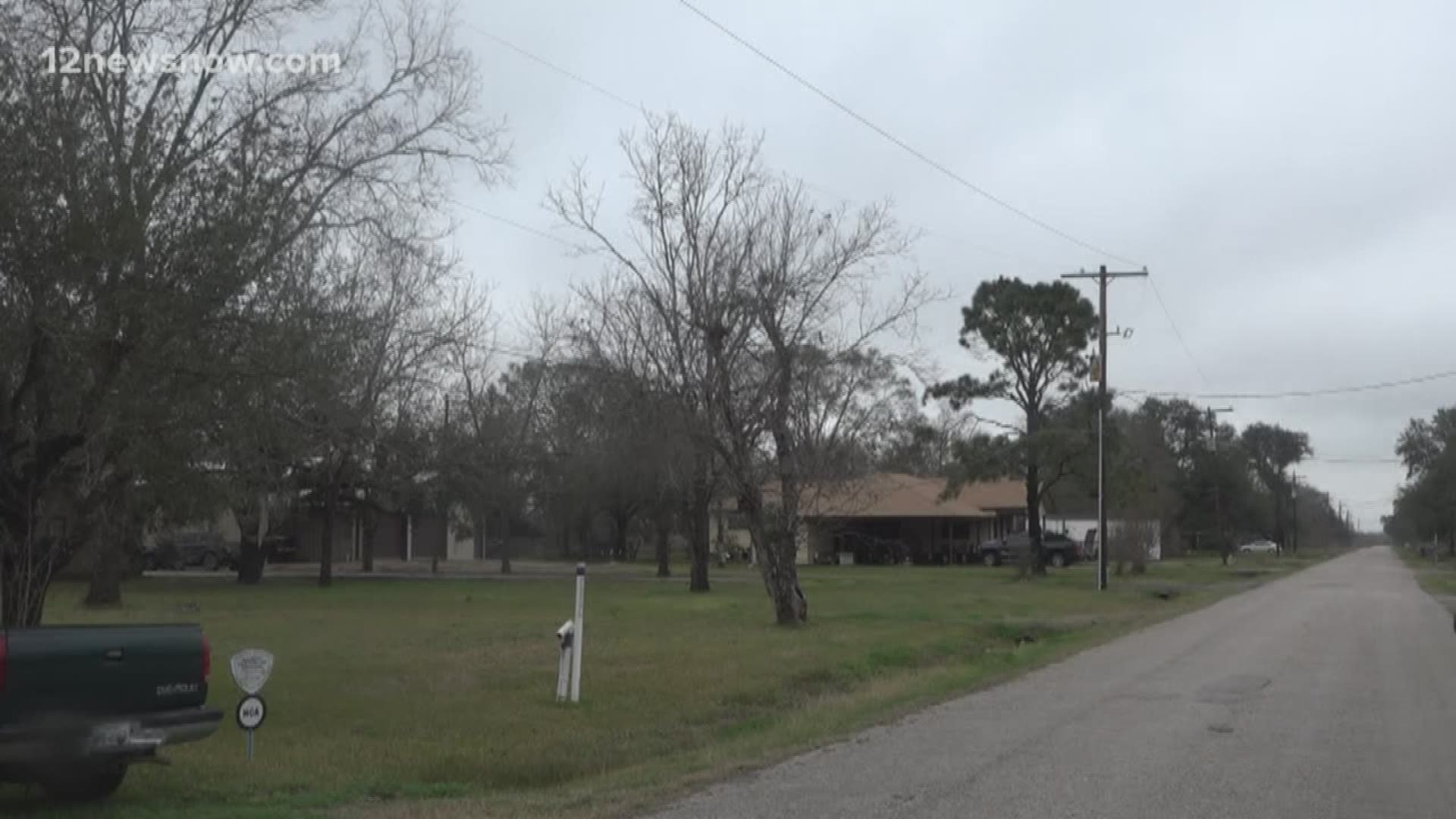 LABELLE, Texas — Jefferson County deputies are investigating after a Fannett man was fatally shot after kicking down the door at his ex-girlfriend's home Monday night near LaBelle.

Buck Aubey, 46, of Fannett, kicked in the door at the woman’s home in the 11000 block of Kenner Road and got into her home just after 8 p.m. Monday night according to a news release from the Jefferson County Sheriff’s Office.

A “disturbance” ensued and Aubey was shot according to the release.

He was taken by EMS to a Southeast Texas hospital and pronounced dead about two hours later the release said.

Aubey was set to be arraigned Tuesday in Jefferson County on assault family violence and terroristic threat charges.

RELATED: Domestic violence can affect any family, may lead to death if unchecked

According to a public data search it wasn't his first domestic violence related offense.

In the late 90s he pleaded no contest to a class A misdemeanor charge of assault causing bodily injury to a family member.

Aubey was arrested on a state jail felony of assault family violence in August 2000 and October 2002 though no disposition of those cases were listed.

He spent four months in jail after pleading guilty to a February 2009 charge of assault causing bodily injury to a family member.

He pleaded guilty to June 2010 charges of possession of a controlled substance  and assault causing bodily injury to a family member and spent four years on probation for the charges.

Public records also showed other charges against Aubey including…

There were several people in the home at the time of the shooting and all are cooperating with investigators according to the release.

The investigation is continuing and no arrests have been made according to the release.

The neighborhood is just off of Highway 365 about 1.25 miles west of Hillebrandt Bayou in south Jefferson County.

Upon Deputies arrival, 46 year old Buck Aubey of Fannett was found inside the home suffering from a gunshot wound. EMS transported Aubey to a local hospital where he was pronounced deceased approximately 2 hours later.

Initial investigation indicates that Aubey kicked in the front door and forced entry into the home of his ex-girlfriend. A disturbance ensued and Aubey was shot. There were several other people in the home at the time of the incident. All are cooperating with the investigation.

No arrests were made as the investigation continues.