The Austin Police Department said there could be two suspects. 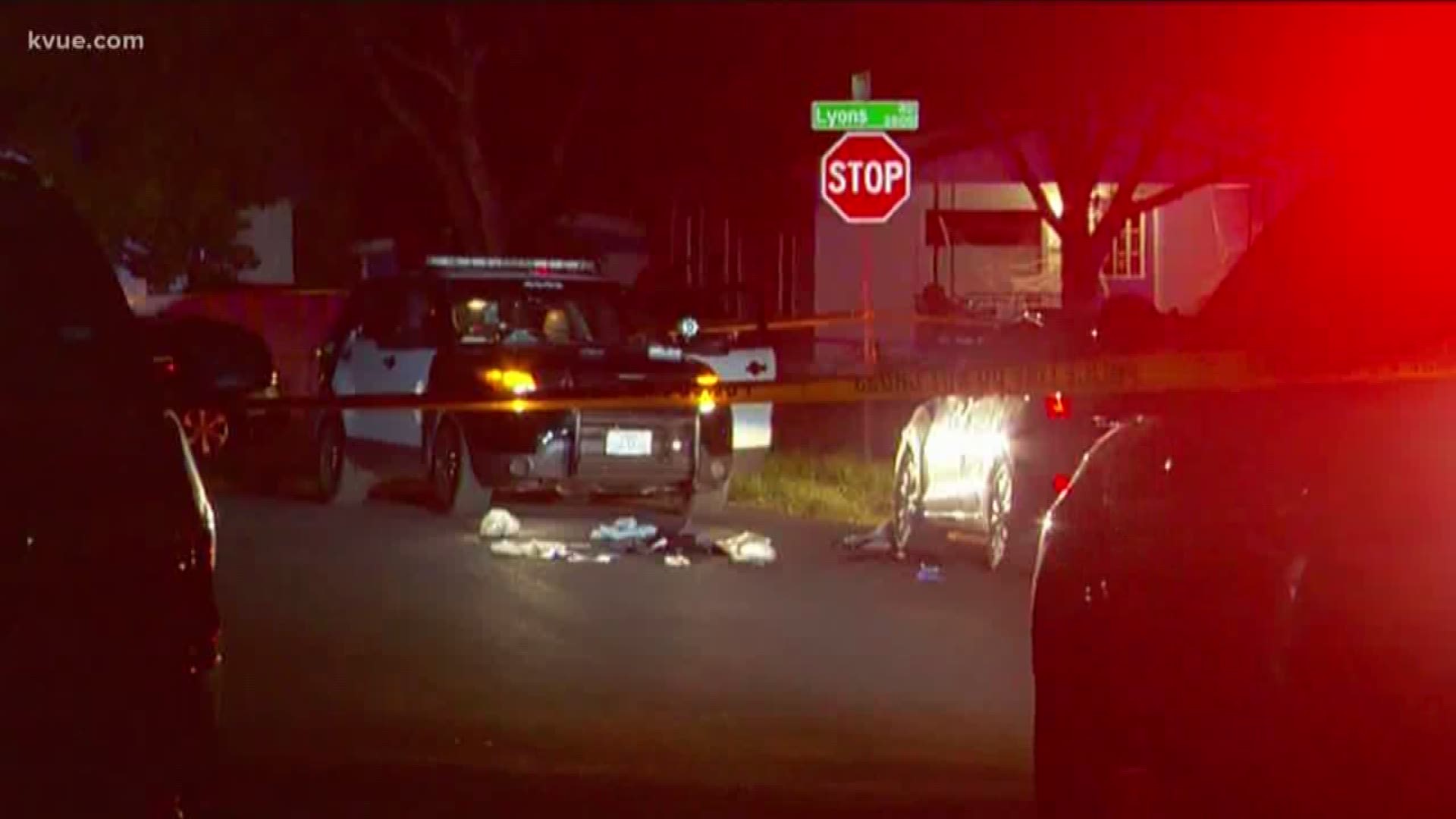 AUSTIN, Texas — Police are investigating after a teen was killed in a shooting in East Austin early Monday morning. That teen has been identified as a 17-year-old student.

The shooting happened just before midnight near Fiesta Street and Lyons Road near Boggy Creek. The Austin Police Department told KVUE's Kalyn Norwood that when officers arrived, the victim was on the ground. Medics with Travis County EMS arrived at the scene and took him to Dell Seton Medical Center at the University of Texas, where he was pronounced dead at 12:41 a.m.

The APD identified the victim as Emmet Infante, 17, a student at East Austin College Prep.

APD said there could be two suspects. After speaking with witnesses, police said they believe two black men were seen running from the scene. One was described as being about 6 feet tall, the other about 5 feet, 5 inches.

"At this time it's at the beginning stages of the investigation and they're looking into every aspect right now," said Demitri Hobbs with the APD.

The victim's death has been ruled a homicide.

Anyone with more information is asked to call police at 512-472-TIPS. Tips can be made anonymously.

Neighbors told KVUE that they have never heard of any problems like this in the area and that it's frightening and sad that this happened.

"This neighborhood has been really safe for me for the past two or three years," Patrick Balaguer said. "It's a pretty big surprise to me."

The superintendent of Promesa Public Schools, which East Austin College Prep is a part of, released the following statement regarding Infante's death:

"We were deeply saddened to learn that the victim of last night’s shooting was a student at East Austin College Prep. We are working to keep our students and families informed as new details arise and have put in place support services through our EAPrep Support Staff, Project Care Team and Integral Care professionals for our students affected by this sad news. Counseling and support services will be available for the remainder of the week and will continue as needed."

‘No one's given me the time of day.’ | Circle K gas customer frustrated over diesel mishap that cost her over $1,000

Family mourns father of 3 and veteran killed in Pflugerville crash