A representative for Thomas said her claims are false and that the couple “is on good terms.” 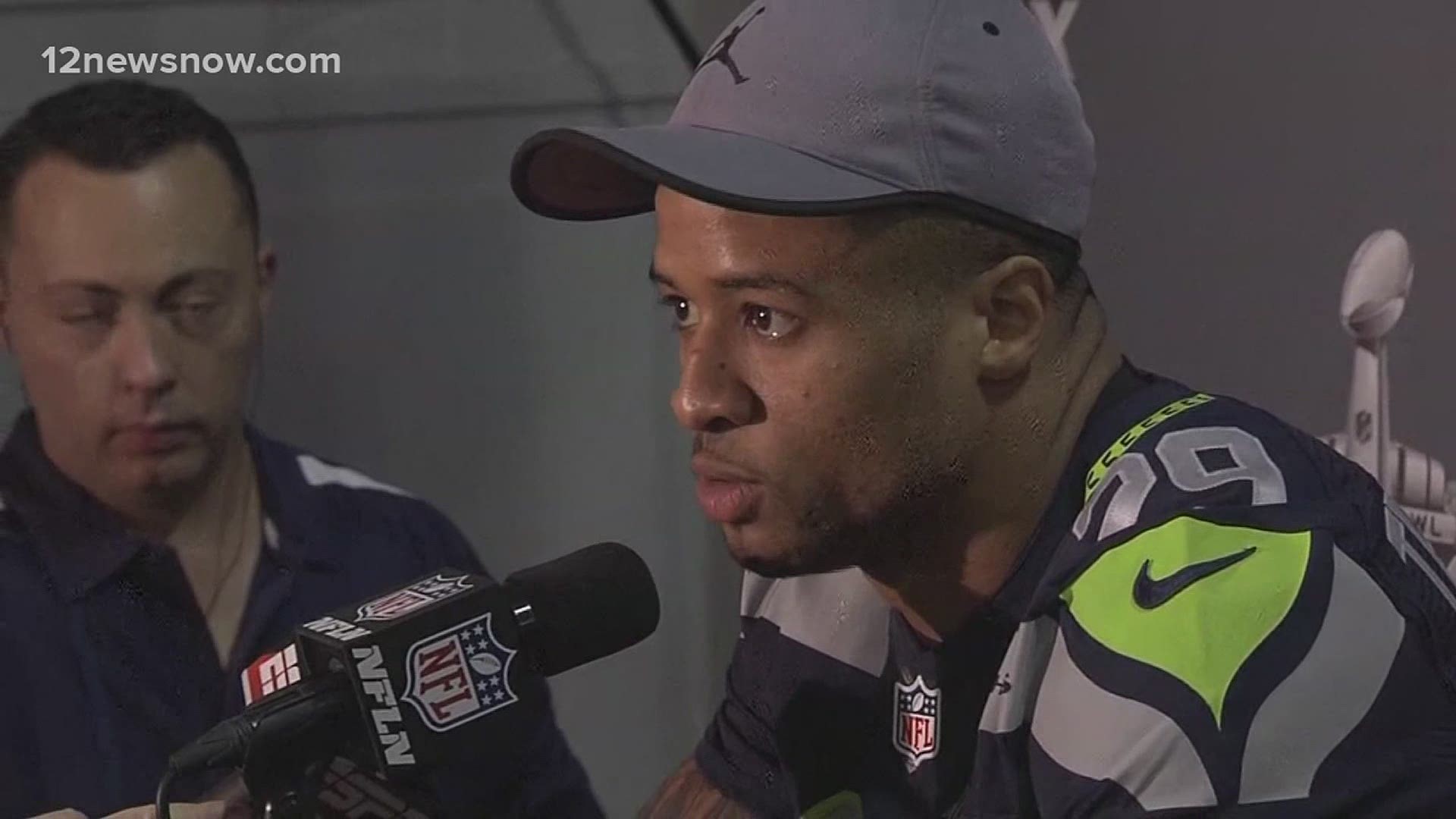 ORANGE, Texas — Former Baltimore Ravens free safety and West Orange-Stark High School standout Earl Thomas III is facing claims by his wife that he attacked her and punched out a window during a disturbance over the Christmas holidays in Orange.

Thomas’ wife, Nina Thomas, who filed for divorce in November, is alleging in court documents obtained and reported by TMZ.com that he was in a drunken rage when he attacked her and her family at her parents home in Orange the day after Christmas.

A representative for Thomas told TMZ that his wife’s claims are false and that the couple “is on good terms.”

Nina Thomas had agreed to spend Christmas with him at her parents in Orange so he could see his kids TMZ reported.

TMZ reports that Nina says in the court documents that Thomas stayed out drinking all night on the night of Christmas Day but returned to her parents’ house the next morning “visibly intoxicated.”

After he screamed at her in the front yard of her parents house Nina went inside and locked the door.

He then put his fist through one of the windows she said according to TMZ. Blood was spilled all over the front porch TMZ reported.

Orange Police officers were called to the home just before 10:30 a.m. according to a 12News file story.

Thomas went to the ER where he received stitches for cuts on his arm, Orange Police said.  He told police he put his hand through a window, which caused the injuries according to the file story.

Thomas posted on Instagram that he was celebrating Christmas with his family on the same day that he hurt his arm.

TMZ reports that when police spoke to him he told them "no crime was committed to cause his injuries."

Nina Thomas alleges in the court documents reported by TMZ that Thomas later "threatened to come back to my parents' house, to burn all of my things if I came back to our house in Austin, and to kick my 'ass.'"