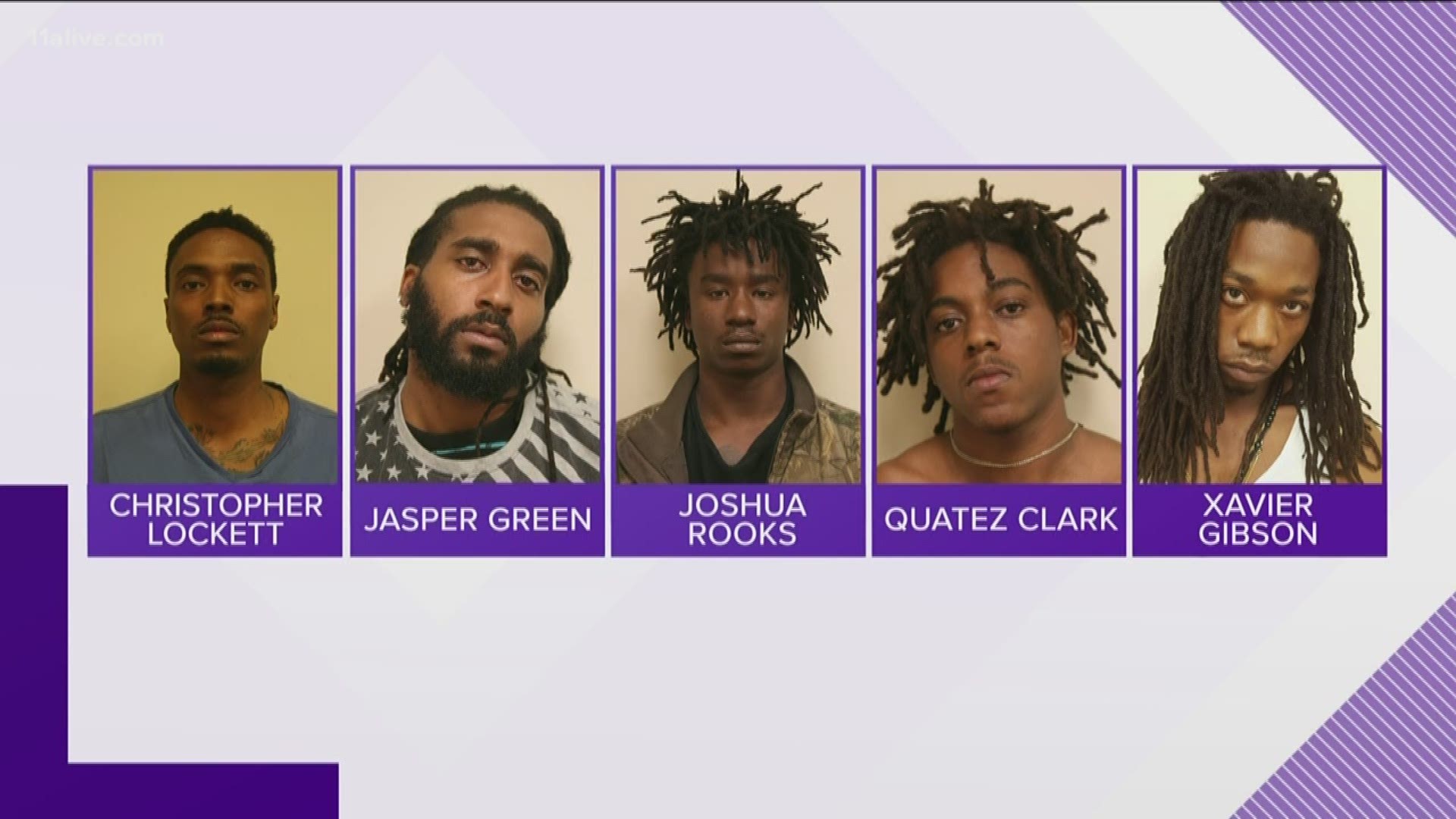 (Editor's note: Details of this murder are graphic and disturbing. Reader discretion is advised)

He was tortured, murdered and then stuffed in a trunk of a car. Now officials say five people have been convicted in connection with the gruesome murder.

Prosecutors say on Oct. 17, 2016, Christopher Dean was killed - his body found in the trunk of a car at a MARTA station. Fulton County District Attorney Paul Howard said Dean's slaying was the most brutal murder in recent Atlanta history.

The district attorney's office said on the day Dean was killed, Lockett invited him over to the home of brothers Xavier and Orlando Gibson to complete a drug transaction. Officials said this was not the first time the two men had met up for something like that, but this time was different because the defendants found out Dean was once a police witness in California.

RELATED: He was beaten & shot in the head. Officials say his body was found in a trunk at a MARTA station.

Prosecutors said Lockett and other alleged members of the Gangster Disciples devised a plan to torture and murder Dean to make an example out of him, and to show other gang members that working as a police witness would not be tolerated.

When Dean came to the house on Sandy Creek Drive in Atlanta, he was brutally beaten for over an hour, with a 2-by-4 and a crowbar. The district attorney's office said the victim was also sodomized with some type of handle. After the torture, Dean was shot in the back of the head twice.

“In my opinion this murder – with its torture which included a brutal beating, sodomy with a wooden or metal object, penile sodomy by one or ALL of the defendants, shooting of the victim to the back of the head and the partial decomposition of the body – represents the most horrific death in our County in recent history," Howard said.

Officials claim Rooks then drove from the scene to a location along Markone Street in Atlanta to pick up Green and 25-year-old Lamar Almon. The three returned to the murder scene where Lockett allegedly paid Almon and Green to clean up brain matter and blood from murder and to burn the victim’s body and his car.

Credit: WXIA
Police are investigating after a body was found in the trunk of a car at MARTA station. (Oct. 2016 Photo)

The district attorney's office said the original plan was to put Dean's body in the trunk of Lockett's car and and burn it.  However, Almon and Green allegedly decided to put the body in the trunk and leave the car in the lot of the H.E. Holmes MARTA station in Atlanta.

Atlanta Police recovered the body. All seven defendants were later connected to the crime and arrested. Almon and Orlando Gibson, however, will be tried before a Fulton County Superior Court Jury at a later time.

The other five men will be sentenced on April 19.

He said he'd kill her if she left him. He did. She was pregnant.