'Didn't have to end like that:' Family speaks about brother, father killed in bizarre Beaumont robbery

Ron Guillory died trying to fend off robbers, according to police. Now, two men are sitting behind bars. 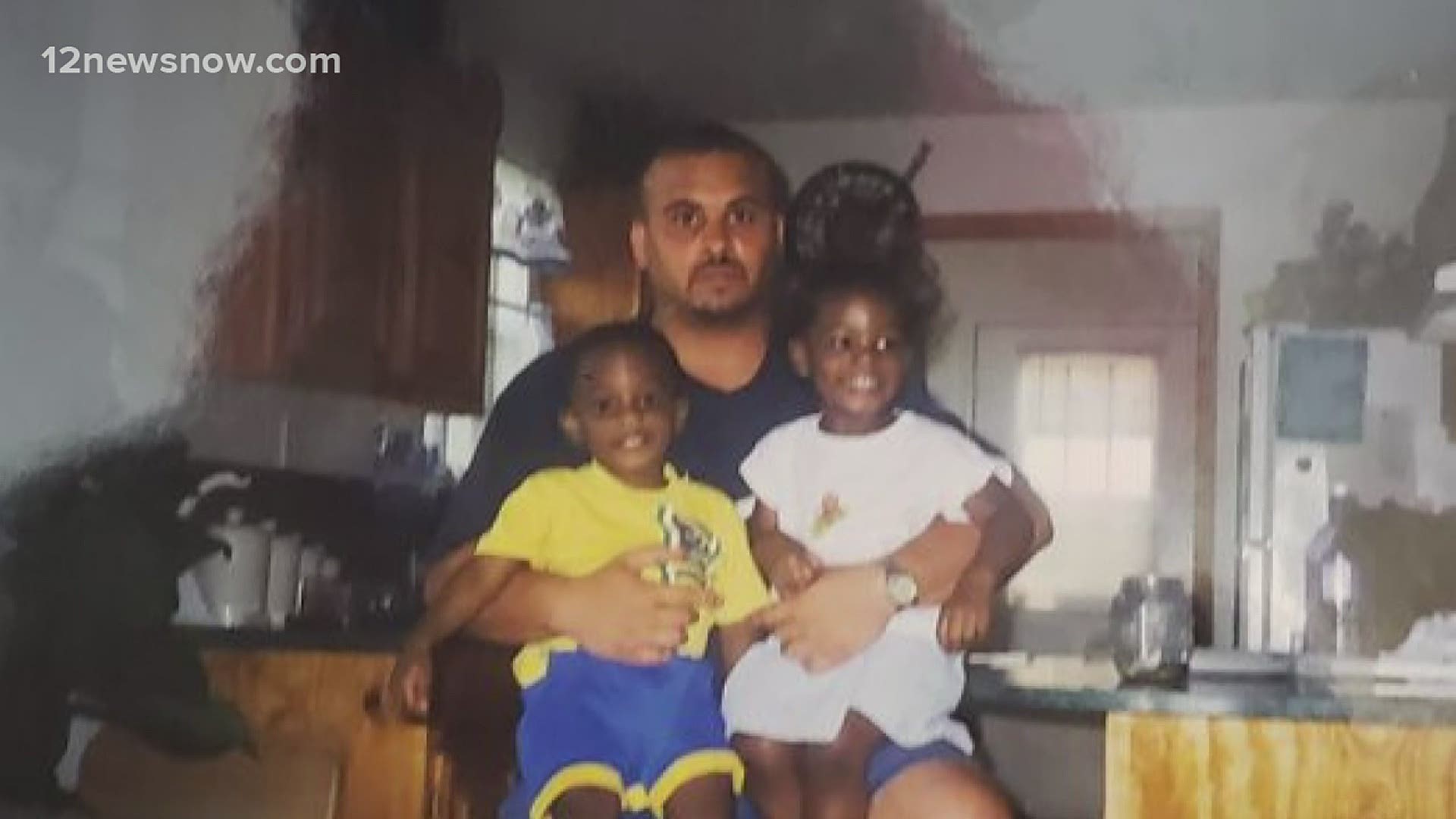 BEAUMONT, Texas — One family is without a brother and friend after a murder in Beaumont earlier this week.

Demarcus Powell is held in the Jefferson County Jail on a $1 million bond in connection with Guillory's death.

Jacory Blue, who was found at the scene, is also behind bars on an aggravated robbery charge. Both were arrested after police say two suspects jumped in front of a vehicle on the I-10 feeder road to rob the driver before fleeing toward a Beaumont apartment complex. That's where they say Guillory lost his life.

He's being remembered as a loving father, brother and businessman.

His death has shaken his family and friends, but they are holding onto their faith to get them through this difficult time.

Memories of Ron Guillory are the only thing that have brought a sense of peace to his loved ones after the unexpected loss.

Renas Judge was a friend of Guillory's.

"Ron was a friend, he was a good dude, like a family man...son here playing with him. Like I'm just gonna miss the dude," Judge said.

Guillory was the latest victim of crime in Beaumont, when he was gunned down at Timberlake Courts Apartments while trying to fend off robbers.

His brother Jordan Sam said it was all so senseless.

"I just wish that people put the guns down, you know. I know it's not going to ever just be a 100 percent cure but I would like it to be a little bit better. It seems like guns is just kind of ending a lot of situations where it didn't have to end like that," Sam said.

Beaumont Police have arrested Jacory Blue and Demarcus Powell in connection to the robbery. Powell has also been charged with murder.

Judge said it's a sad situation for everyone involved.

While the charges have brought a sense of relief, the fight for justice will continue for Guillory's family.

Funeral arrangements are still being made, but the family is planning a balloon release for this Sunday outside the business he owned.

Those who wish to attend will need to be at Auto Aide at 1179 Liberty Street in Beaumont at 4 p.m.

The ceremony for Guillory is expected to be private due to COVID-19.