Police said they found the victims inside a residence early Sunday and that the suspect was believed to be among the dead. 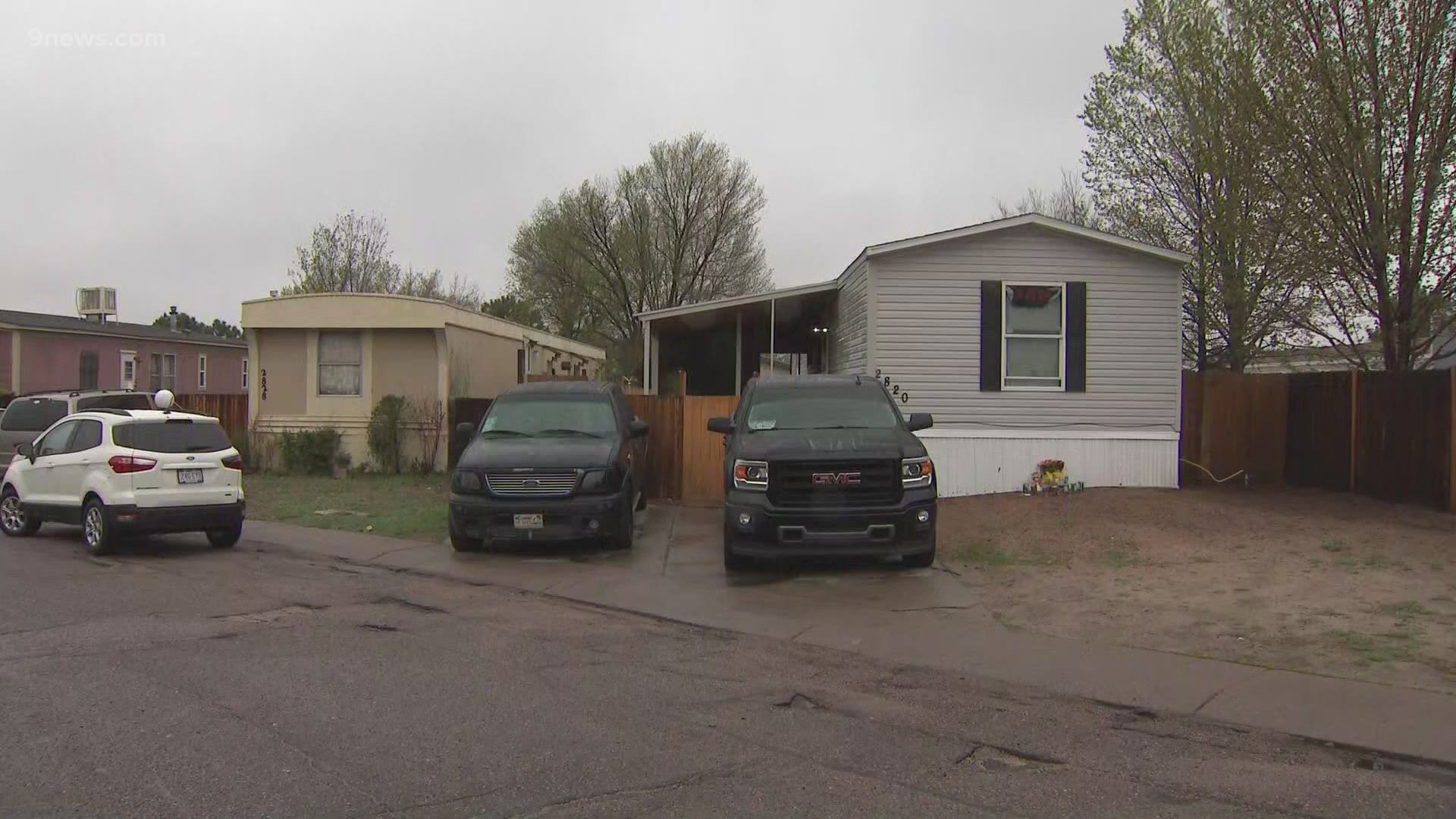 COLORADO SPRINGS, Colo. — In a "senseless act of violence" early Sunday morning, a man drove to a birthday party at a mobile home, walked inside and started shooting, killing six people and himself, according to police.

The Colorado Springs Police Department said officers responded to a report of the shooting at 12:18 a.m. in the 2800 block of Preakness Way, which is in a manufactured home community along South Powers Boulevard.

Officers found six adults dead inside the residence. One man was taken to a hospital where he succumbed to his injuries, police said.

Police said it appeared the shooter was the boyfriend of one of the female victims. Friends, family and children were gathered inside the trailer to celebrate when the shooting occurred. The children were not injured and are now with relatives, police said.

Detectives were working to determine a motive, and the investigation was ongoing, police said.

On Monday, it was quiet in the neighborhood. Gladis Bustos, who lives two doors down from the home where the shooting happened, said she heard a commotion that night.

"There were a lot of ambulances, and it was confusing, and a bad, traumatic experience for everyone," she said in Spanish, as her son Richie translated. "Yeah. It was bad."

Bustos said she doesn't know who all the victims were, but she knew her friend was one of them: the woman who lived two doors down, Joanna Cruz.

"My neighbor was Joanna," she said. "She was a really sweet person, always kind, always smiling, and I loved talking to her all the time and saying 'hi' to each other."

Others who live in the neighborhood, like Denise Koll, brought flowers.

"I don't even know what else to say," Koll said. "There's not really any words, you know? Why people do things like this, I just don't get it."

The El Paso County Coroner's Office will release the identifications of the victims and the official cause and manner of death.

Colorado Gov. Jared Polis released a statement saying, "The tragic shooting in Colorado Springs is devastating, especially as many of us are spending the day celebrating the women in our lives who have made us the people we are today.

Multiple lives were taken today by this terrible act of violence. Families torn apart, and at a birthday party no less. My deepest condolences and prayers are with the victims, their families, and everyone else impacted by this tragedy.”

“Words fall short to describe the tragedy that took place this morning. As the chief of police, as a husband, as a father, as a grandfather, as a member of this community, my heart breaks for the families who have lost someone they love and for the children who have lost their parents. From the officers who responded to the shooting to the investigators still on scene, we are all left incredibly shaken. This is something you hope never happens in your own community, in the place that you call home. When these types of unspeakable acts happen, there is nothing that can be done to fully rebuild what was lost or replace those who are no longer with us. My vow to this community and to the families who have lost someone today, is that this department will do everything we can to find you the answers you deserve and be here for you with an unwavering support.”

“Today we find ourselves mourning the loss of lives and praying solemnly for those who were injured and those who lost family members in a senseless act of violence on Sunday morning. We think too of the emergency personnel who responded to a horrific scene and we keep them in our prayers today.

We ask the public’s patience with the investigation and we seek the sensitivity of our media partners as CSPD completes a thorough investigation to provide answers to the families and friends impacted by this tragedy.”

Anyone with information on the shooting or is a witness who hasn't spoken with detectives, was asked to call the Colorado Springs Police Department at 719-444-7000 or Pikes Peak Crime Stoppers at 719-634-7867.

MORE WAYS TO GET 9NEWS

HOW TO ADD THE 9NEWS APP TO YOUR STREAMING DEVICE

ROKU: add the channel from the ROKU store or by searching for KUSA.

For both Apple TV and Fire TV, search for "9news" to find the free app to add to your account. Another option for Fire TV is to have the app delivered directly to your Fire TV through Amazon.