Investigators relied on old-fashioned detective work and new technology to solve the murder of Cathy Glass. 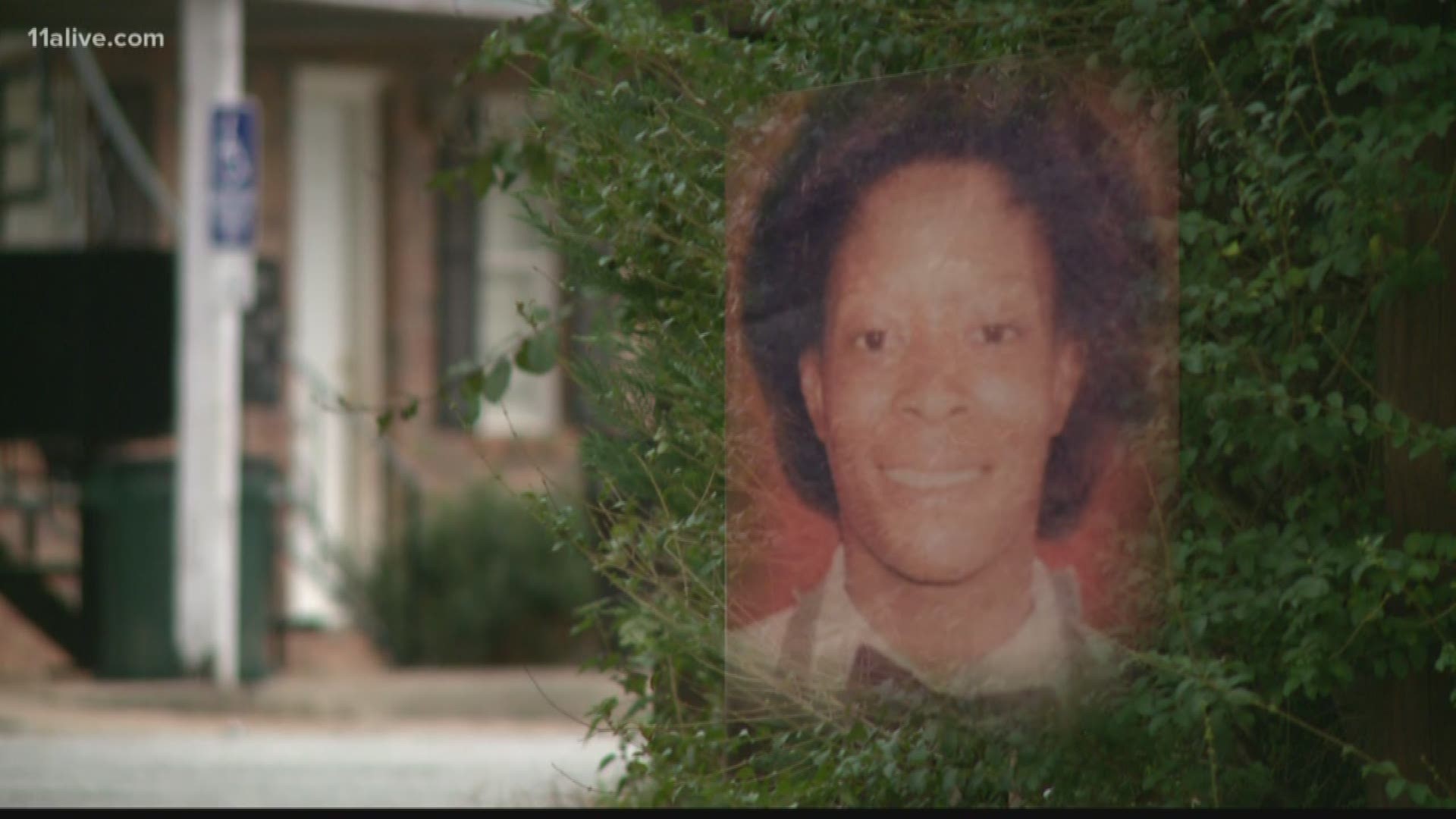 The 31-year-old worked at the Cracker Barrel on Delk Road and lived at the Country Pines Apartments off South Cobb Drive. Both places still exist today.

Cathy’s simple life was shattered one night in May 1991 when someone stabbed her multiple times, ransacked her apartment and left her for dead. Officers arrived at 15 Booth Road to find her body lying in a hallway in a pool of blood.

At the time, news reports quoted neighbors as saying they heard loud noises coming from Cathy’s apartment. Police were quoted as saying robbery could be a motive.

“(The original investigator) pursued anything that he saw as a lead for over a year,” said John Dawes, lead investigator for the Cobb County District Attorney’s cold case unit.

“And 1991 was a different time frame than now. A lot of things were different as far as evidence and testing that can be done. So after about a year the case kind of went cold," he told 11Alive.

He read the original detective’s notes and sorted through the evidence. He got to know the players involved: the victim, her family, neighbors, any potential suspects.

“I just get really, really embedded in the case, so it’s something I’m living now,” Dawes explained. “And then I start going through the evidence.”

This summer, Dawes was in the cavernous room in the Cobb County courthouse that acts as headquarters for the cold case unit. He was sorting through the evidence of Cathy’s case when he spotted something in a crime scene photo that piqued his interest: a palm print.

He knew the Automated Fingerprint Identification System (AFIS) recently expanded its records to include palm prints. Dawes knew it was worth a shot.

“It’s that palm print, that’s within the scene in very close proximity to Cathy’s body that led us to identify Trent Brown,” Dawes said.

Credit: Indiana Dept. of Corrections
Trent Brown was arrested for the murder of Cathy Glass.

The 55-year-old Brown was already in jail in Indiana for burglary. He has a long rap sheet that includes forgery, theft, counterfeiting and receiving stolen property.

“This was not technology that was available even five years ago,” Dawes said.

Combining technology with old-fashioned detective work to solve a crime

Solving a crime in 1991 was a different process than it is in 2019. Many police departments weren’t computerized in the early 1990’s.

In Cathy’s case, the original detective’s reports were hand-written on paper with ink. A few were typed on an old IBM typewriter or word processor.

“Those things all fade, so it becomes challenging to read some of the reports,” Dawes explained. “Ink fades on paper, typewriting even fades on paper.”

One of the first things detectives in the Cobb County cold case unit do is save reports and evidence in a digital format. That stops any further degradation. They try to convert the 35mm film, photos and even Polaroids to digital files, if possible.

In Cathy’s case, it was the old-school detective work that Dawes was able to combine with new technology to solve the case.

“The pictures aren’t hard to read and they tell the story.”

At 83 years old, he said she was surprised and pleased to learn he was taking a fresh look at her case. She was even more relieved to hear there was an arrest for her daughter’s murder.

“For the past twenty-eight years, she hasn’t know a purely peaceful day, wondering what happened to her daughter and who was responsible for her daughter’s murder,” said Dawes, who spoke with Cathy’s mother and sister around the time of Brown’s arrest.

The original investigator and crime scene technician were also contacted during the renewed investigation into Cathy’s case. They told Dawes they always knew her murder could be solved. It just took a while for technology to catch up.

“Twenty-eight years is a long time for a family to wait to find out what happened to their loved one, but there is no statute of limitation on murder,” Cobb County District Attorney Joyette Holmes said. “My office will move expeditiously to bring Mr. Brown to justice.”

Cobb County is one of the few counties and departments that has a cold case unit. It’s staffed by retired detectives and officers.

The unit works with all seven police agencies in Cobb County, though it operates under the auspices of the District Attorney’s office. They have an unusually high conviction rate for the cold cases they’ve solved.

Assistant District Attorney Jesse Evans has a sign hanging on the door to his office to remind everyone of the success of the unit.

“The reaction that the victim families have when you share that information is not something I can describe,” explained Dawes. “It’s certainly what motivates me.”

Stepmom murder trial: ‘No joy in a death sentence’