A 24-year-old man was arrested Monday when a search warrant was carried out by SWAT officers with the Port Arthur Police Department. 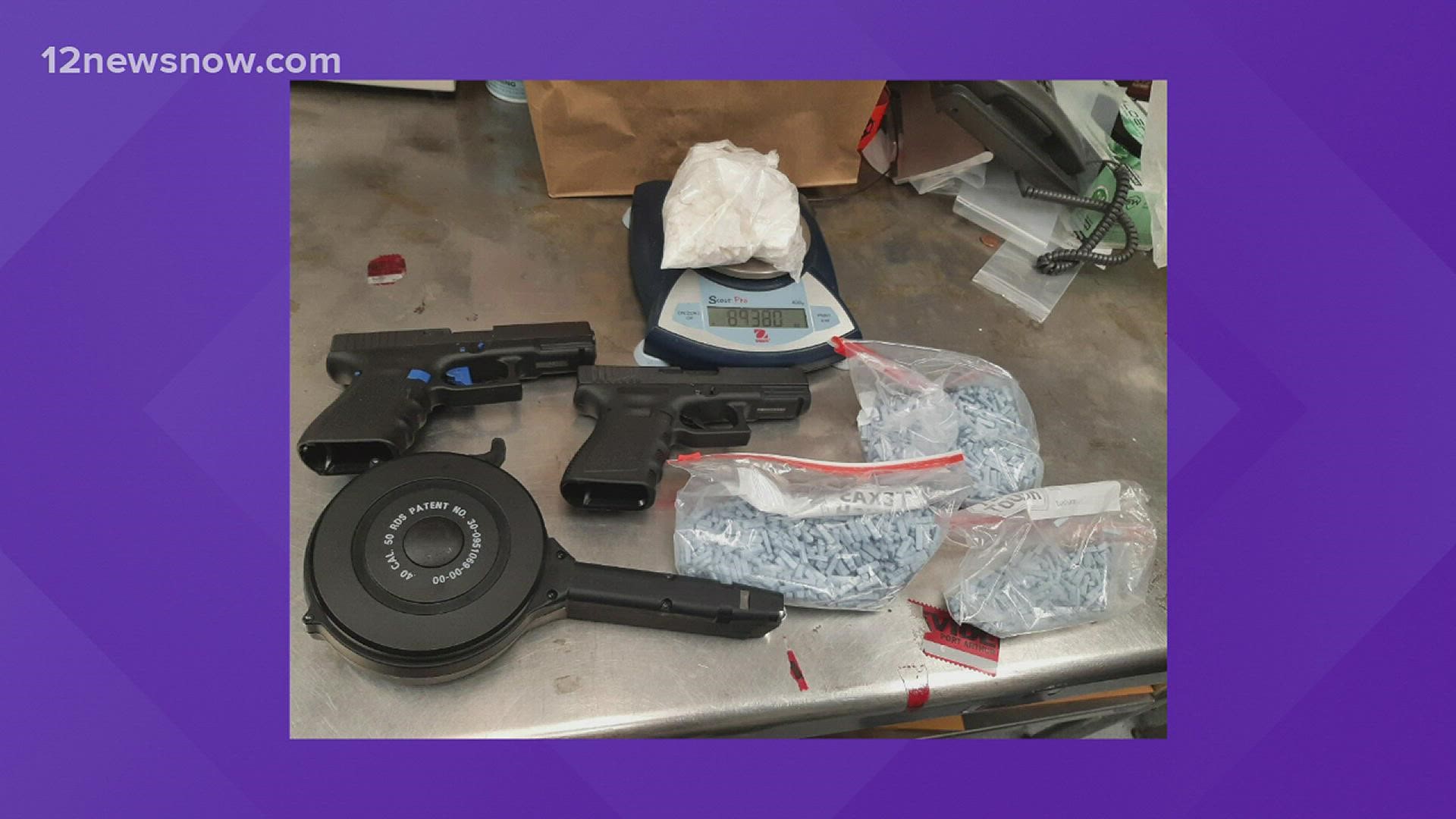 PORT ARTHUR, Texas — A 24-year-old man was arrested Monday when SWAT officers say they found guns, cocaine and other drugs at a Port Arthur house when executing a search warrant.

Robert Cuellar was named in the search warrant and was at the house on 9th St. when the drugs were found according to a Port Arthur Police Department news release.

Officers said they found 230 grams of cocaine, a 50-round drum magazine, 400 grams of Xanax and marijuana.

Cuellar was arrested for possession of a controlled substance and taken to the Jefferson County Jail.

On 10/18/21, the Port Arthur Police Department’s SWAT Team along with the Narcotics and Gun Unit executed a search warrant in the 3100 block of 9th St. for the discovery of Cocaine. During the search, approximately 230 grams of a white powdery substance and two firearms with a 50-round drum magazine were located inside the residence. Also discovered, over 400 grams of alprazolam (Xanax) and a large amount of marijuana. The white powdery substance tested positive for cocaine. All the illegal narcotics located were seized and logged into evidence.

The suspect named in the warrant, identified as 24-year-old, Robert Cuellar, was on scene at the time of the search. Cuellar was arrested for Possession of Controlled Substance Penalty Group 1 and transported to the Jefferson County Correctional Facility.