The City of Bellaire is asking the public in the surrounding neighborhood to be on the lookout for the gun used in the shooting. 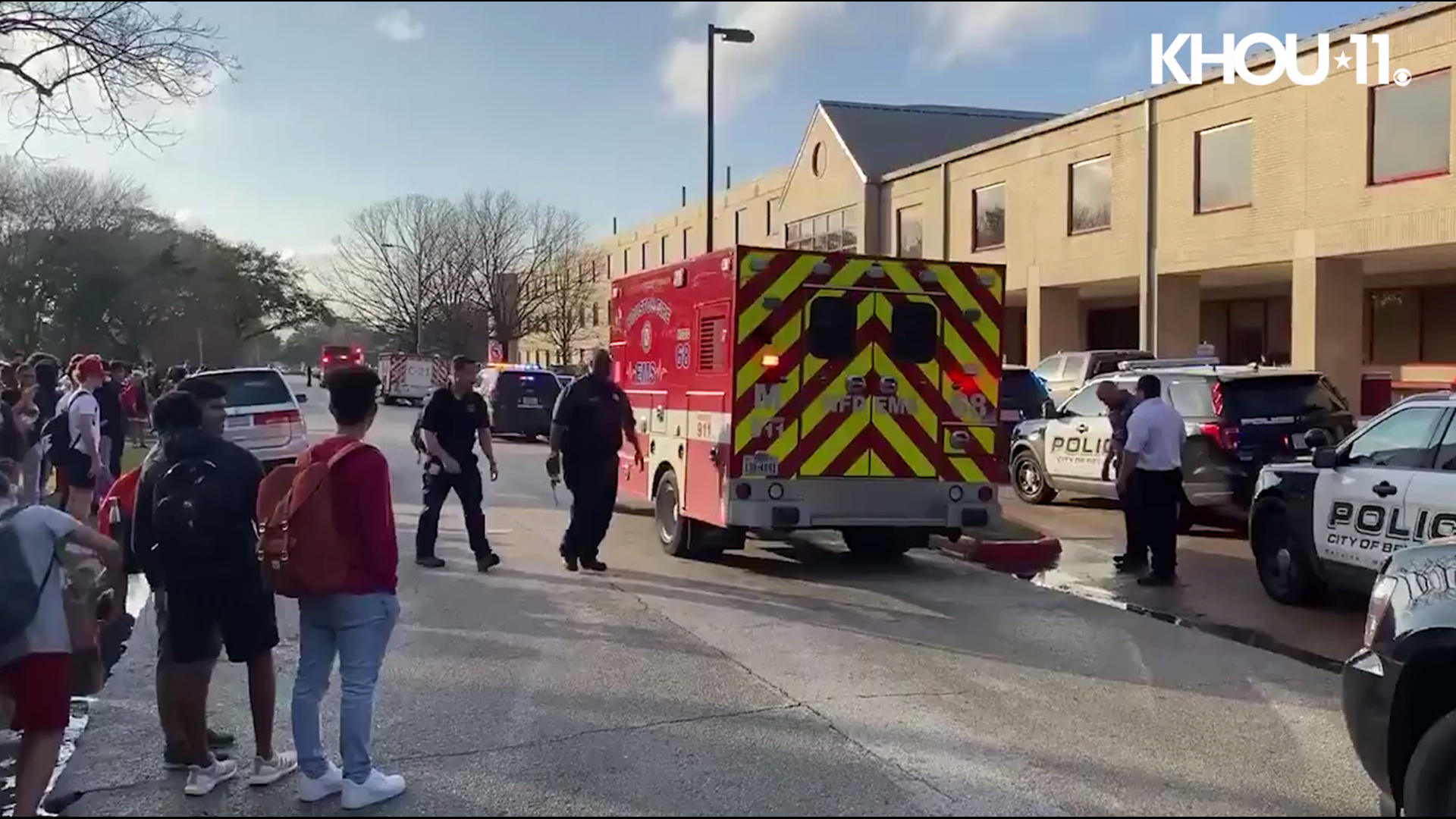 HOUSTON — A 16-year-old accused of fatally shooting a 19-year-old student inside Bellaire High School has been charged with manslaughter, police confirmed Wednesday.

Police are not releasing the suspect's name because he is a minor. Harris County District Attorney Kim Ogg said the shooting was unintentional and the victim and the shooter were friends.

The shooting suspect and another teen he was found with were arrested Tuesday night. The second teen was released Wednesday without charges.

Meanwhile, police are asking the public in the surrounding neighborhood to be on the lookout for the gun used in the shooting. It was a 32-caliber semi-automatic pistol.

If a weapon is found, it should be turned in to the Bellaire Police Department.

Tuesday's shooting happened as the school day wrapped up, according to Bellaire police.

At about 4 p.m., the first 911 call came in about a student who was shot in his chest at the campus. The victim was taken to the hospital and was later pronounced dead.

More than three hours later, the shooting suspect and another person were taken into custody. They were allegedly found hiding behind a dumpster at a grocery store on Chimney Rock at 7:38 p.m.

Classes were canceled for Wednesday as parents concerned about campus safety gathered the night of the shooting.

It was a reversal from a previous decision from school officials, who initially said there would be classes.

“The fact that they’re just, like, 'Come back to school tomorrow. It’s going to be fine.' This is not acceptable,” parent Jonasu Wagstaff said.

While students won't be on campus Wednesday, faculty and staff have been asked to report for duty as normal.

This isn't the first time this school year parents have expressed safety concerns.

In September 2019, the school district investigated after someone air dropped threats of a picture of a gun to students at the Bellaire campus. The image of the pistol had the caption "Don't come to school tmr."