Ohio man indicted for murder in 1995 killing of Beaumont teacher

Texas law enforcement officials are scheduled to speak at 4 p.m. at the Beaumont Police Department. 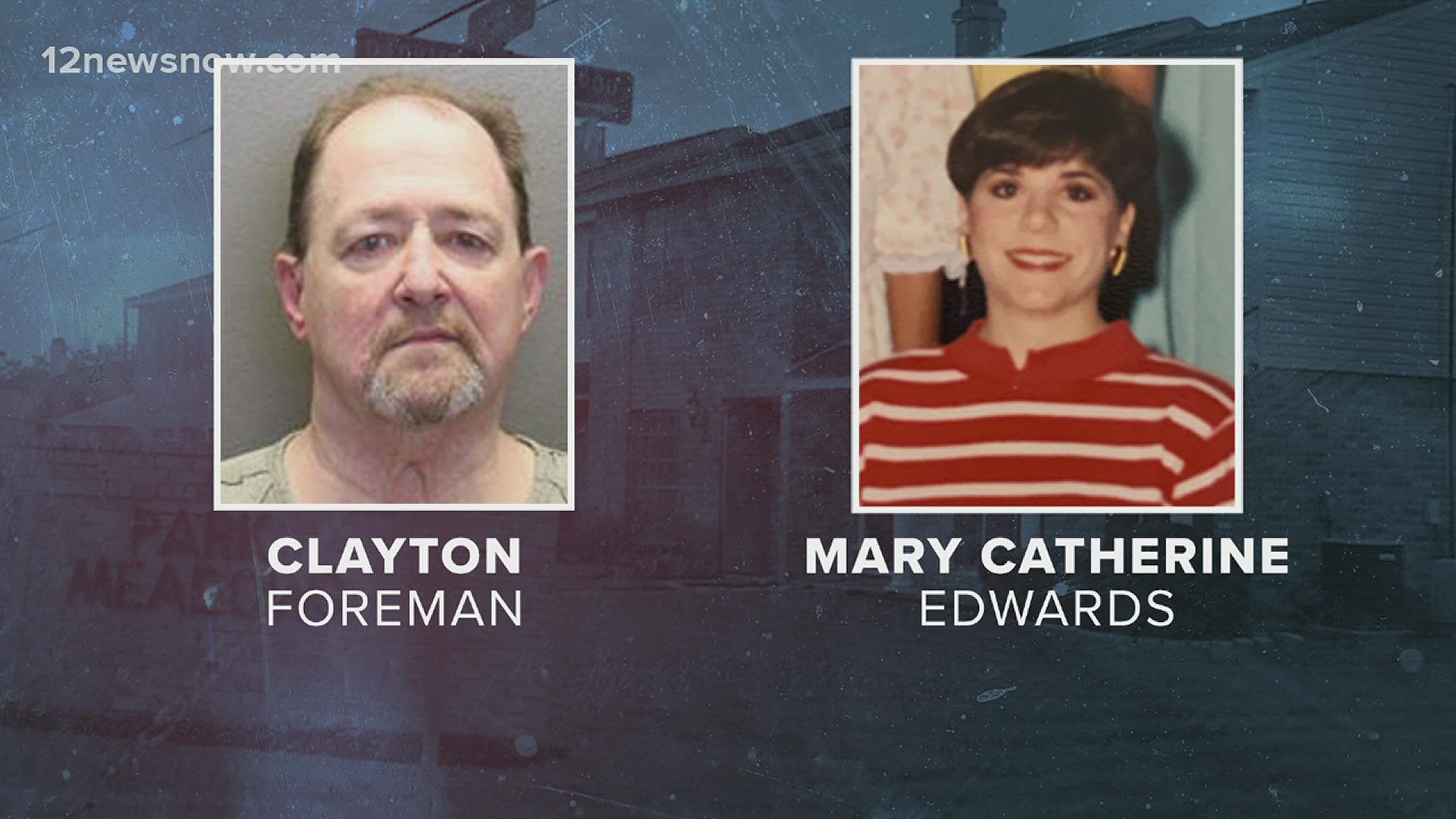 BEAUMONT, Texas — Southeast Texas is one step closer to closing the chapter in a decades-old case that has haunted our community.

Clayton Foreman, 61, of Reynoldsburg, Ohio, is the man accused of the brutal murder. He was indicted for capital murder by a Jefferson County grand jury on Wednesday, Sept. 22, 2021.

Watch the live stream of the press conference here.

Mary Catherine Edwards, 31, lived alone in Beaumont and was a school teacher in the city. She was last seen on Friday, Jan. 13, 1995, according to the Texas Department of Public Safety.

The next day, investigators said she didn’t answer any phone calls. Her lack of response prompted her parents to pay her a visit at her house on Park Meadow Drive.

When the parents arrived, they found the 31-year-old woman’s body drowned in her bathroom. Evidence showed that Edwards had been sexually assaulted and killed, according to a DPS news release.

DNA evidence along with a genealogy database led police to the arrest of Foreman on a capital murder charge.

Further investigation revealed she was a bridesmaid in the wedding of Foreman and his first wife, Jefferson County District Attorney Bob Wortham told 12News previously.

According to a probable cause affidavit obtained by 12News, DNA from semen collected from Edwards' home was matched back to Foreman 26 years later thanks to a genetics website.

Texas Ranger Brandon Bess wanted to use genetic targeting to try to solve Edwards’ murder after he took on the cold case at the request of the Jefferson County district attorney.

Genetic targeting entailed taking DNA from the crime scene and comparing it with DNA in genealogy websites, like Ancestry.com.

“That investigative tool of genetic genealogy helps lead you in that direction but it's not the end all. You can't just plug in and say ‘John’ is our guy. We need an arrest warrant for ‘John’ for capital murder. It doesn't work that way. The police work still has to be done. That's just another tool to get us there,” Bess told 12News on Wednesday.

Foreman was transported to the Jefferson County Jail on June 15 after the DNA evidence and a genealogy database led to his arrest on a capital murder charge.