Police say the suspect was wearing a blonde wig, red cap and a white mask 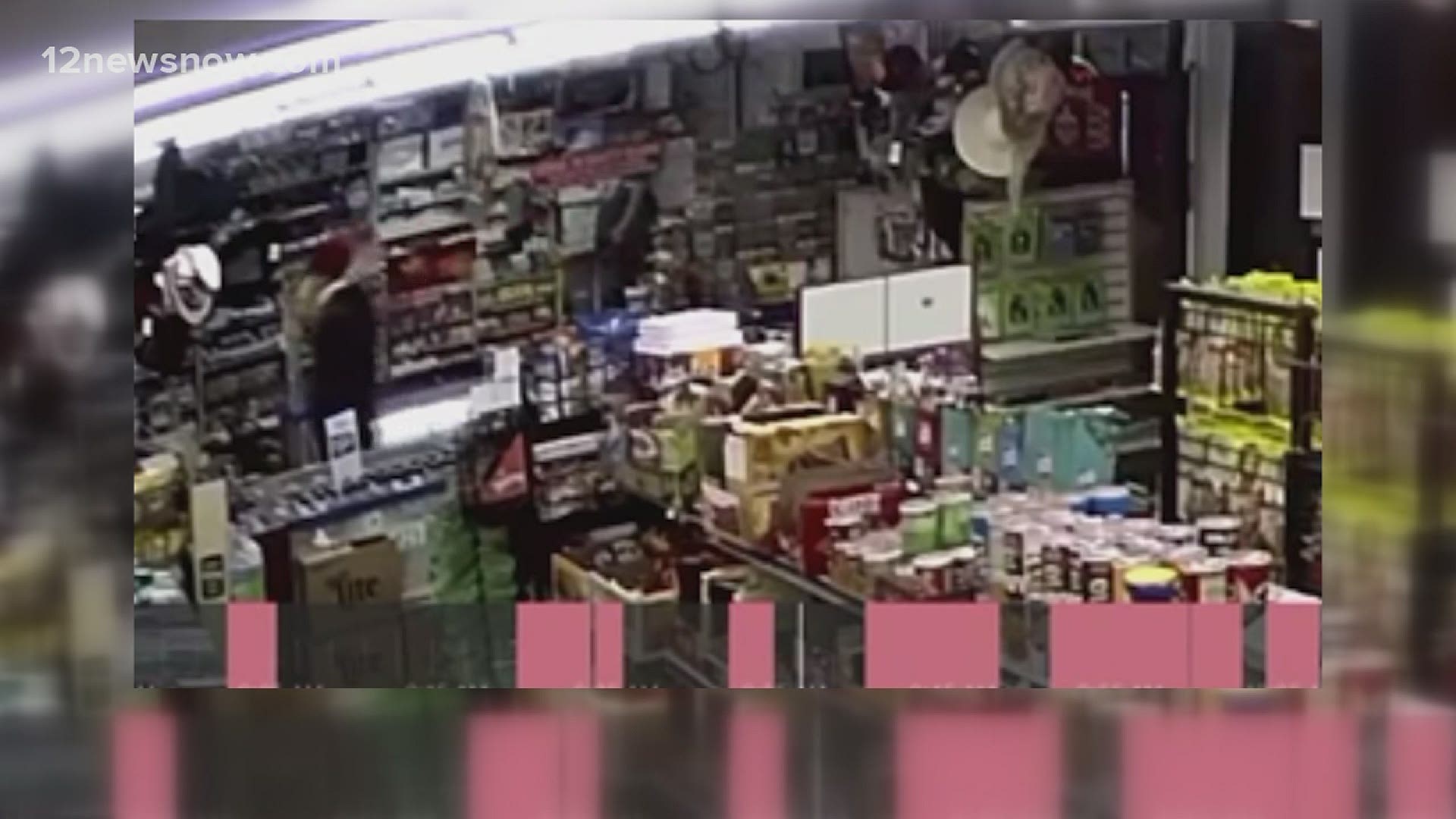 BEAUMONT, Texas — Beaumont Police are looking for a brazen suspect who attacked a store clerk during a robbery.

It happened at the Caldwood Food Mart Saturday around 11 p.m.

The surveillance video, released by the Beaumont Police Department, shows the suspect strike the clerk with some kind of club multiple times. Police say the suspect grabbed money before fleeing the scene. 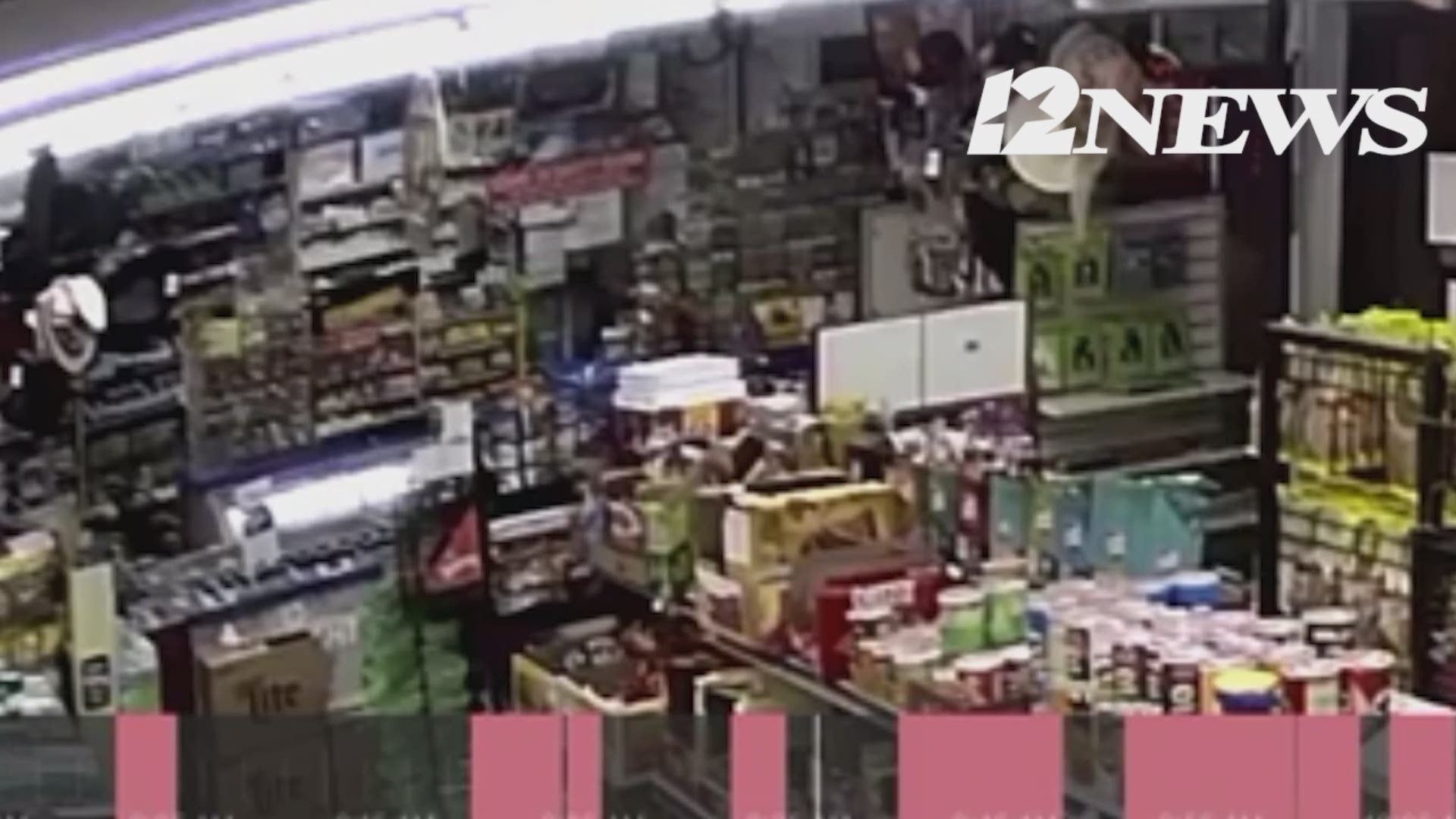 The victim was taken to the hospital for his injuries, police said.

If you have any information about this aggravated robbery, you can call Southeast Texas Crime Stoppers at 409-833-TIPS (8477) or download the P3 TIPS app.

All tips to Crime Stoppers are anonymous.

Saturday, September 9, 2020 at approximately 11:07 P.M., Officers responded to Caldwood Food Mart (55 E Caldwood) in reference to a robbery. Upon arrival officers spoke with the clerk and were advised a black male wearing a mask came into the store, walked behind the counter and demanded money. The suspect then began to assault the clerk with a stick or club and took money.  The suspect fled on foot in an unknown direction of travel. The clerk was injured and transported to the hospital where he was treated and released.  The suspect is described as a black male wearing a blonde wig, a red knitted cap, a white mask and dark clothing. If you have information about this aggravated robbery, you can send a private Facebook message, call Beaumont Police Department at 409-832-1234,  or if you wish to remain anonymous and be paid for your information, call Southeast Texas Crime Stoppers at 409-833-TIPS (8477) or download the P3 TIPS app and submit your tip with your smartphone or tablet. You MUST remain anonymous and go through Crime Stoppers, not Facebook, to be paid for your information. Crime Stoppers is a separate non-profit organization that helps Southeast Texas Law Enforcement agencies solve cases, as well as prevent crime.