Jimario Holmes, 31, of Mississippi was arrested and taken to the Jefferson County Jail 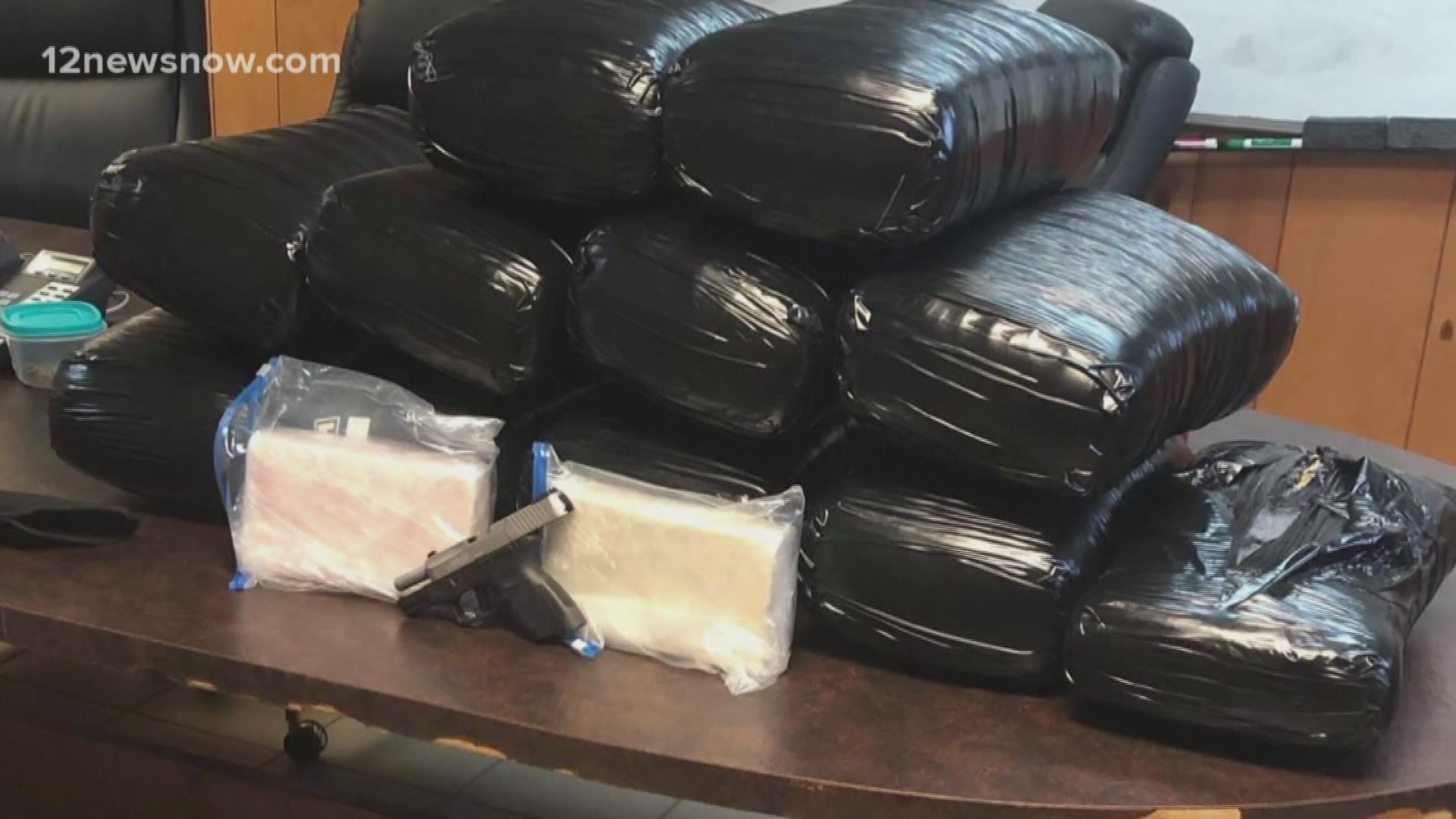 BEAUMONT, Texas — More than 170 lbs. of marijuana, along with 2.2 kilograms of cocaine were seized in a Wednesday traffic stop on I-10 in Beaumont.

Officers pulled over a vehicle on I-10 eastbound near mile marker 846 around 2:30 p.m. Wednesday, and a BPD K-9 helped to alert officers to the odor of narcotics in the vehicle according to a Beaumont Police Department news release.

Jimario Holmes, 31, of Mississippi was arrested and taken to the Jefferson County Jail on charges of possession of marijuana, possession of a controlled substance and unlawfully carrying a weapon according to the release.

"We don't want that in our community, and we're going to do the best that we can to keep it from whether it's coming through Beaumont or specifically to Beaumont," Beaumont Police Department spokesperson Haley Morrow said.

The officers found 172 pounds of what is believed to be marijuana, 2.2 kilograms of cocaine and a gun according to the release.

"We want to get the leaders, we want to get the big boys, the ones that are doing the drugs, that's what we would like to do. It just takes the right case, the right time, right place and we can climb the ladder," Jefferson County District Attorney Bob Wortham said.

On Wednesday, August 28, 2019 at 2:27 p.m., BPD Narcotics Interdiction Officers working Criminal Patrol on Interstate 10, East bound near mile marker 846, conducted a traffic stop on a vehicle. A BPD K-9 responded to the stop and gave a positive alert to the odor of narcotics coming from the vehicle. During a search of the vehicle, Officers located approximately 172 pounds of suspected marijuana, approximately 2.2 Kilos of suspected cocaine and a firearm. The driver was identified as Jimario Holmes, a 31 year old Louisville, Mississippi resident. Holmes was placed under arrest and transported to the Jefferson County Jail, charged with Possession of Marijuana, Possession of a Controlled Substance and Unlawfully Carrying a Weapon.