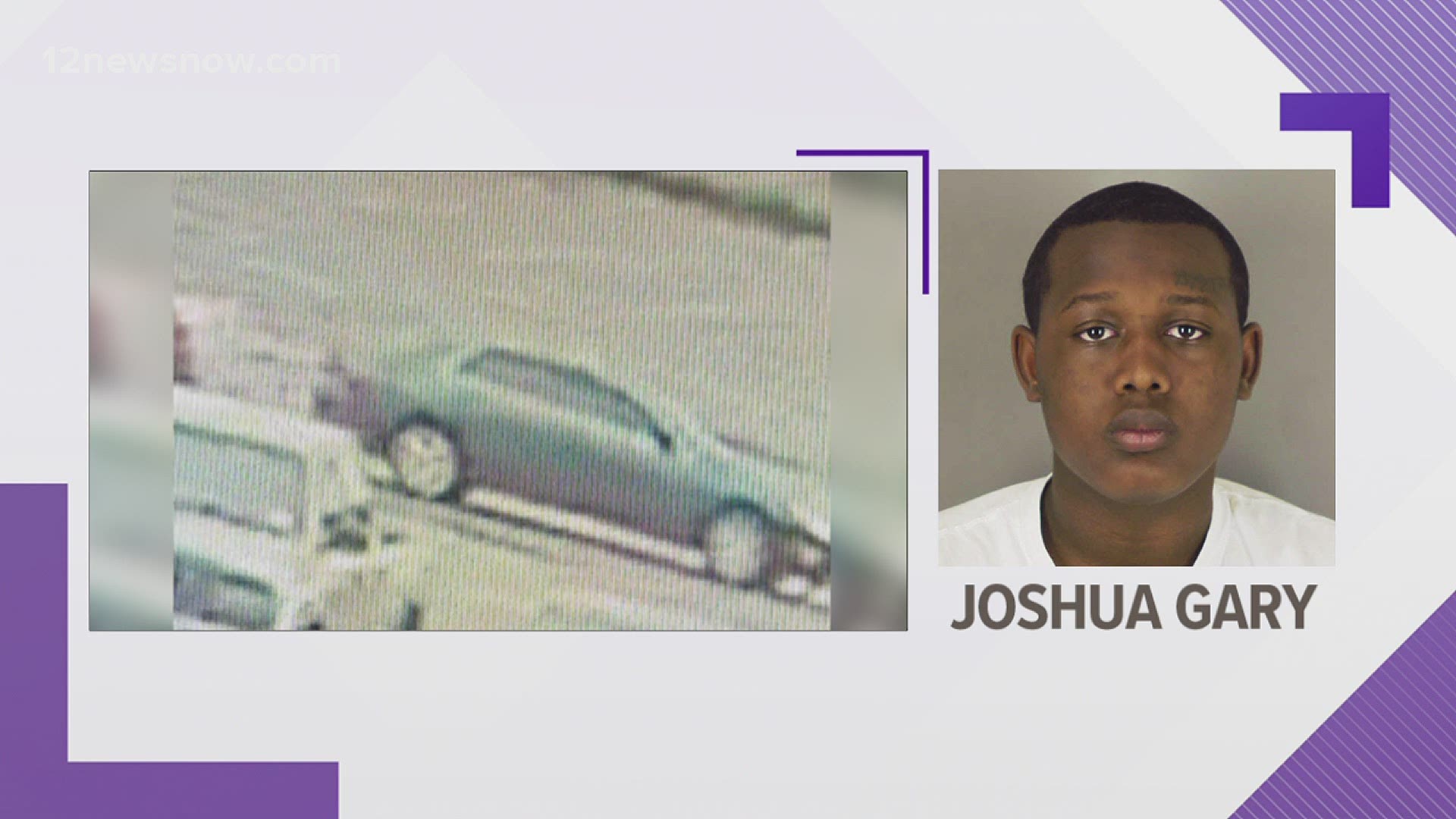 BEAUMONT, Texas — Beaumont Police are asking for help in locating a Beaumont man for his alleged part in a robbery that happened outside of Parkdale Mall, Tuesday.

Gary may be driving a green Honda with no front bumper.

Gary is wanted for allegedly robbing two people in the parking lot of Parkdale Mall  on June 29.

Gary is still at-large and if you have any information about his whereabouts, please contact the Beaumont Police Department at 409-832-1234.

Beaumont Police released a statement and pictures on their Facebook page on June 29 asking if anyone recognized the vehicle caught on camera at the scene of the robbery.

With one hand in the pocket of his sweatshirt, police say the man brandished what appeared to be a handgun at the two victims.

The man, now identified as Joshua Devonte Gary, left the parking lot located at 6155 Eastex Freeway in a green Honda four-door passenger car with a missing front bumper and a spare donut tire on the driver’s side, the post says.

From a Beaumont Police media release:

Beaumont Police have obtained two Aggravated Robbery Warrants for Joshua Devonte Gary, age 24 from Beaumont. Gary is wanted for committing the robberies in the parking lot of Parkdale Mall located at 6155 Eastex on June 29, 2021. Detectives were able to identify Gary with help of a Crime Stoppers tip.

Gary is still at-large and if you have any information about his whereabouts, please contact the Beaumont Police Department at 409-832-1234. Gary may also be driving the same vehicle seen in the previous post, a green Honda with no front bumper.

If you wish to remain anonymous contact Southeast Texas Crime Stoppers at 409-833-TIPS (8477) or download the P3 TIPS app and submit your tip with your smartphone or tablet. ALL Crime Stoppers tips are anonymous and you could be eligible for a cash reward.