The tents were left at the park along with tents for several other campaigns that have volunteers stationed outside the polls during early voting. 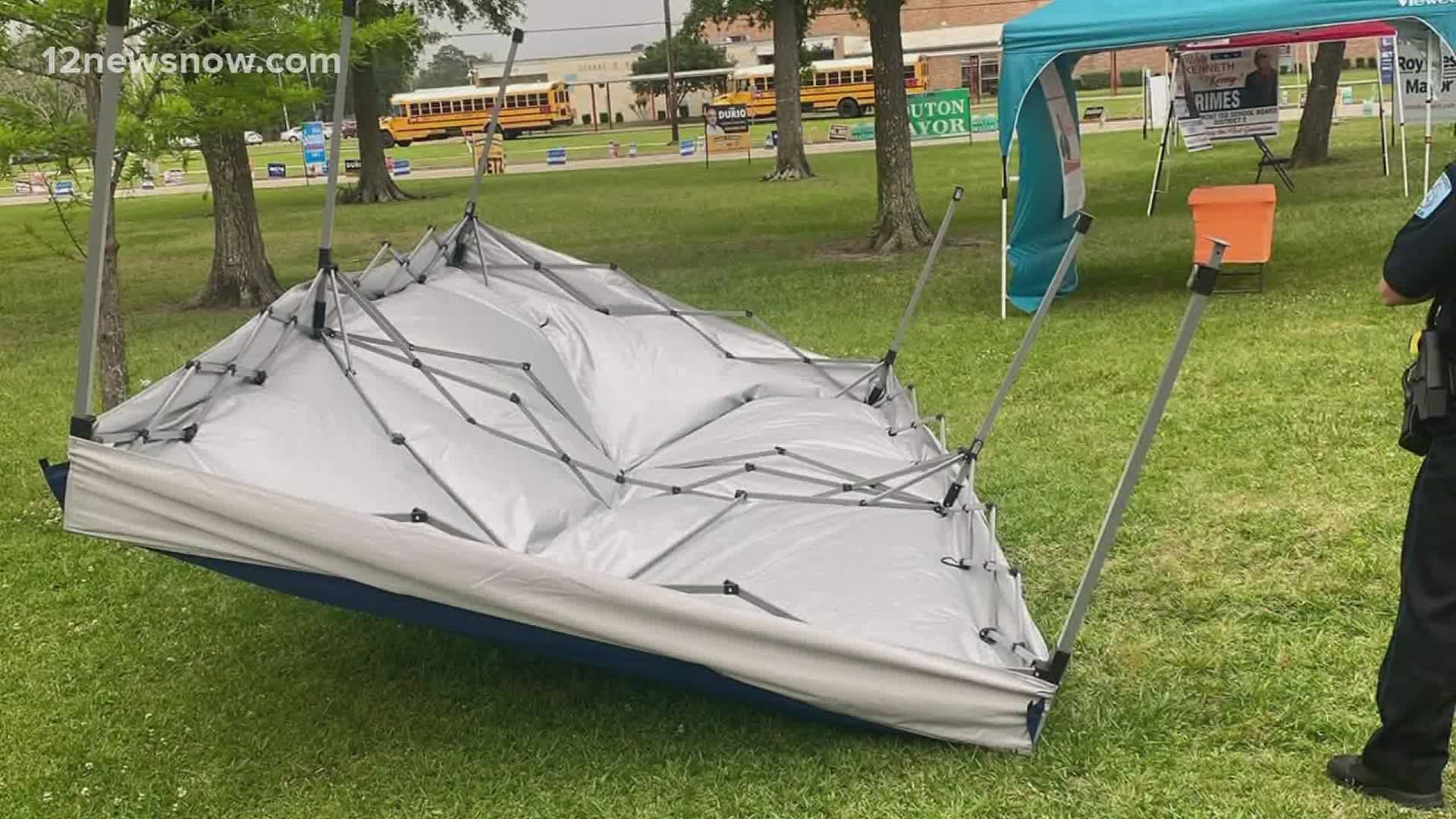 BEAUMONT, Texas — Several tents belonging to Beaumont mayoral and city council candidates have been vandalized near a polling location in the west end of Beaumont.

Some of the damaged tents included ones belonging to Beaumont mayoral candidates Robin Mouton and Lashon Proctor as well as Beaumont city council candidates Miles Haynes and Chris Durio.

The tents were left at the park along with tents for several other campaigns that have volunteers stationed outside the polls during early voting at the Rogers Park polls.

When Beaumont mayoral candidate Robin Mouton arrived at the polls at Rogers Park Friday morning she and her volunteers found that her tent had been vandalized to the point that the cinder block used to weight it down were broken she told 12News.

The police were called but were unable to take any fingerprints because of the moisture on the tents Mouton said.

Officers did take pictures and were checking the area for surveillance cameras that might have picked up something Mouton said.

Mouton confirmed that only tents belonging to Black candidates were damaged.

When asked what he would say to the person or persons responsible Proctor said he would ask them what they were thinking and just what message were they trying to convey.

He also said that he would want to be able to talk to them about it to see how this could be avoided I the future.

“Hopefully it's going to motivate people even the more to get out and vote.,” Mouton said about the vandalism.