Robert Goele pleaded guilty on May 5, 2021 and was sentenced to 45 years in state prison. 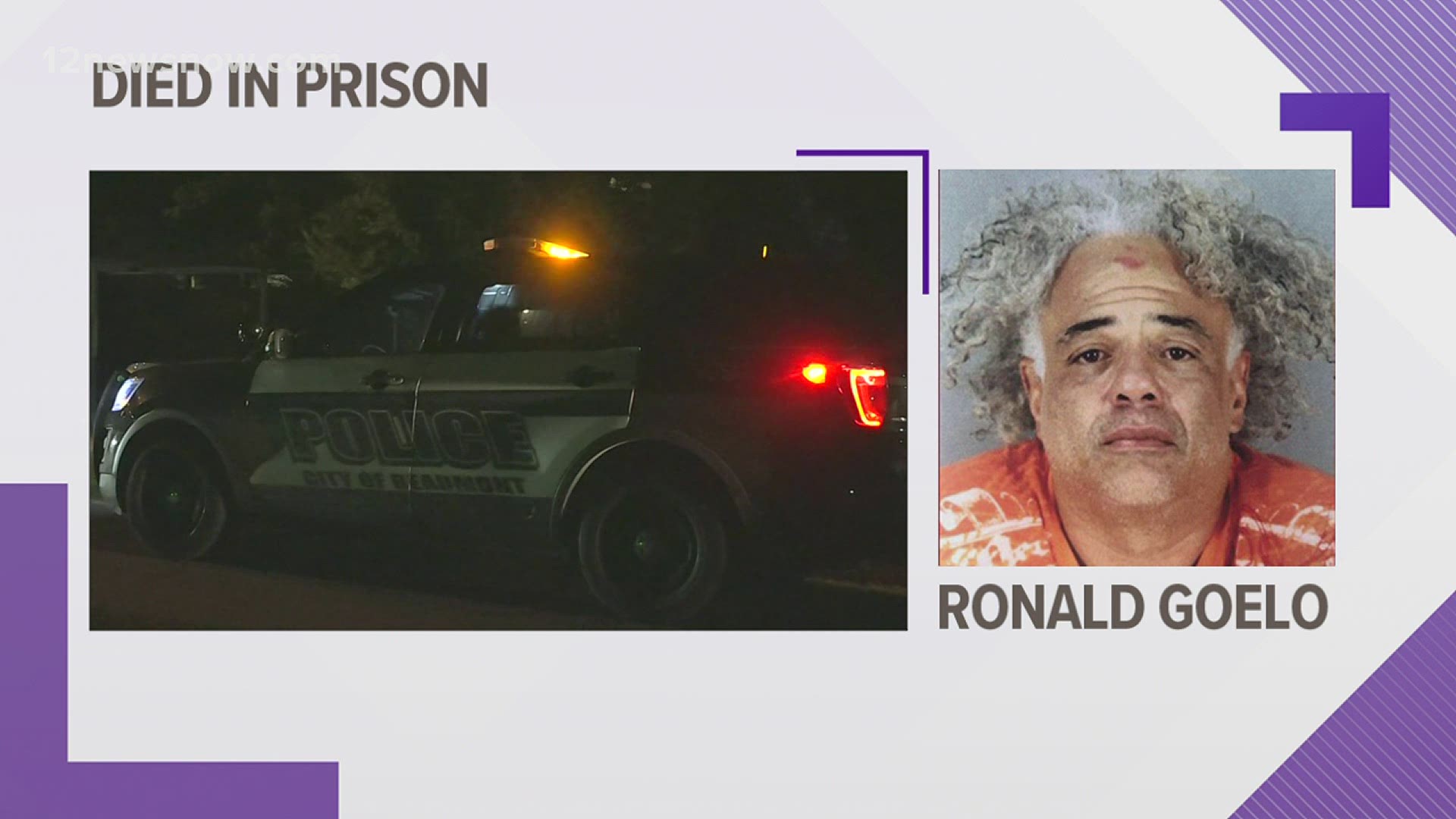 HUNTSVILLE, Texas — A Beaumont man who was sentenced to 45 years for the murder of his friend died Wednesday night while in custody of the Texas Department of Criminal Justice.

Ronald Goelo, 45, died on Wednesday, June 9, at approximately 8:30 p.m., at the Holliday Unit in Huntsville, Texas.

Goele pleaded guilty to setting fire to an Old Town garage apartment with a friend of his inside at the 500 block of Evalon Avenue on July 18, 2019.

Related : Beaumont man gets 45 year sentence for setting fire to garage with friend inside

Pictures of Goele breaking into the garage and entering the building were recorded by home security video.

Goele later walked out of the garage alone, returned with a gasoline can, and then set the garage on fire.

Goele pleaded guilty on May 5, 2021 and was sentenced to 45 years in state prison.

Prosecutor Luke Nichols said the murder was “a senseless crime.”

“Ronald Goeloe needs to be removed from society to protect the citizens of Jefferson County," Nichols said. "Even when confronted with the clear evidence assembled by Beaumont Police detectives, he showed no remorse for her death."

At this time, the cause of his death is unknown.