The suspect was already in jail on unrelated charges, when he was charged for his alleged part in the fatal shooting. 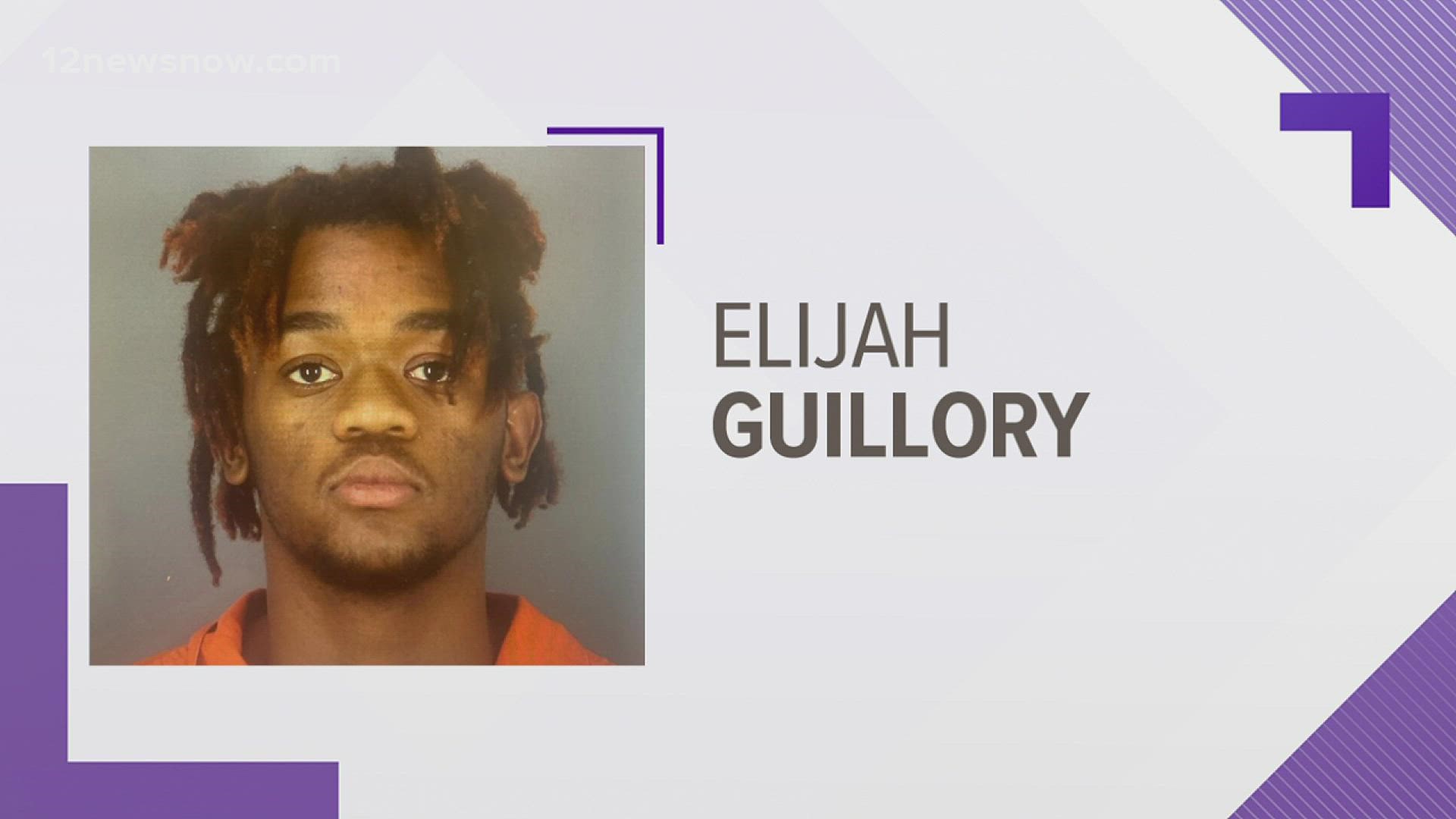 BEAUMONT, Texas — A Jefferson County grand jury handed up a murder and aggravated robbery indictment on Wednesday to a 20-year-old Beaumont man for his alleged part in a fatal August shooting.

Elijah Guillory is accused of killing a 37-year-old man and injuring another person during a shooting on Saturday, August 25, 2021.

Guillory is currently being held in the Jefferson County Jail on a $1.5 million bond.

Guillory and another suspect were already in jail on unrelated charges when they were both charged with murder and aggravated assault in connection with the fatal shooting.

Beaumont Police responded to the 2300 block of Hayes Lane on Wednesday, August 25, 2021, shortly after 11 a.m., in reference to a shooting. Upon arrival, responding officer found two victims in front of a residence suffering from gunshot wounds, according to an August Beaumont Police Department release.

One victim, 37-year-old Matthew Dragulski, was pronounced dead at the scene. The other victim was taken to a Beaumont hospital in serious condition and was left paralyzed due to the shooting, according to file stories.

An initial investigation led detectives to believe that the two victims were in front of the residence working on vehicles when they were robbed and shot.

Credit: Beaumont Police
Elijah Jakquel Guillory, 20, of Beaumont, has been charged with murder in the August 2021 shooting death of Matthew Dragulski, 37, of Beaumont.