Three sisters were left to live alone with the recently convicted sex offender in 2012 after their mother was deported. 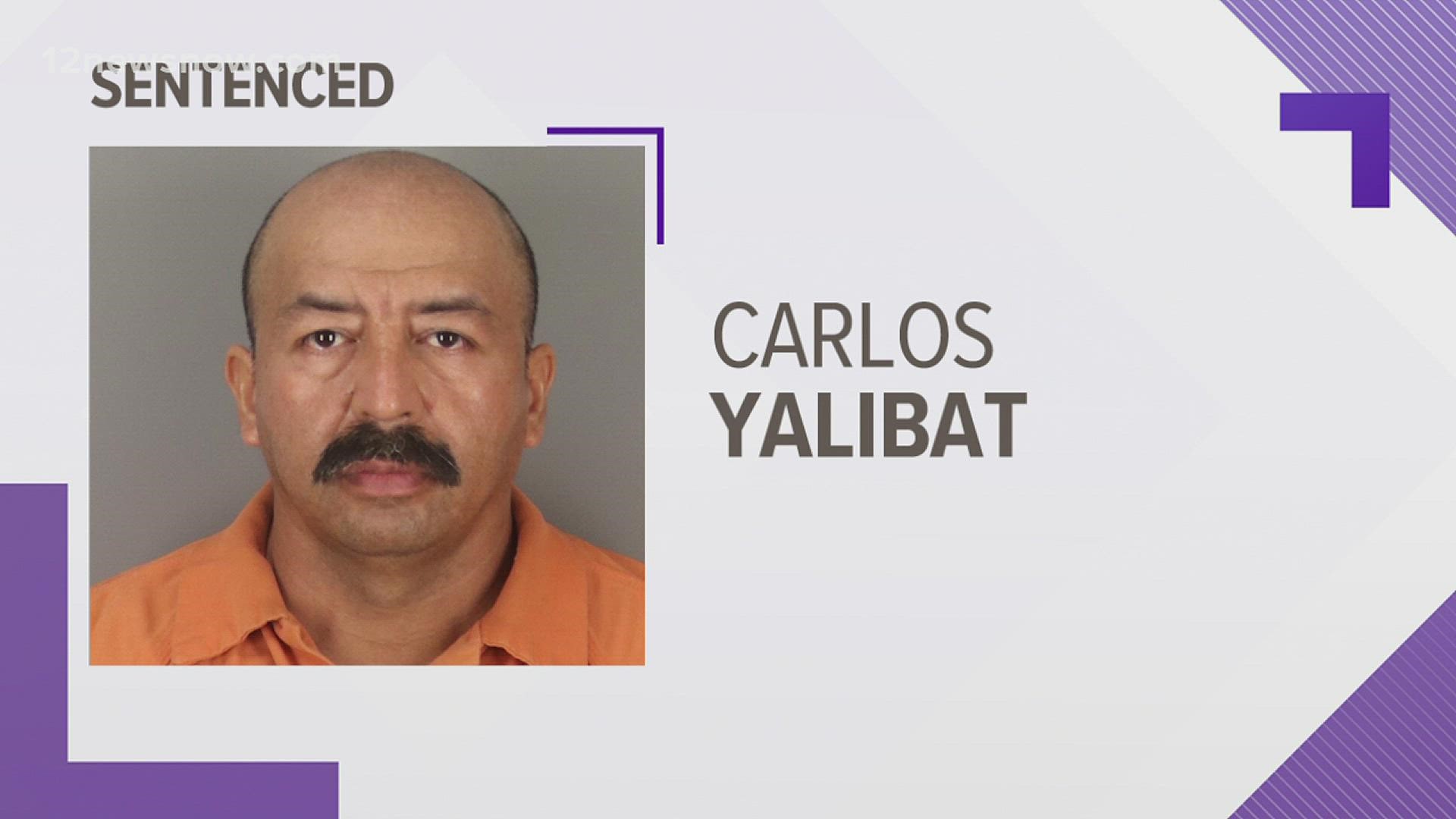 BEAUMONT, Texas — A Jefferson County Judge sentenced a Beaumont man to 100 years behind bars after he pleaded guilty to 13 charges of sex crimes involving children, according to a Tuesday news release from Criminal District Attorney Bob Wortham.

Carlos Yalibat, 48, of Beaumont, pleaded guilty on July 26, 2021, to sexually assaulting three girls who were under the age of 12 at the time.

Detectives with the Beaumont Police Department started an investigation into Yalibat in May 2019 after receiving a phone call from a 19-year-old woman.

She and her two younger sisters were left to live alone with Yalibat in 2012 after their mother was deported. The girls were completely dependent on Yalibat starting around the ages of 9-12 years old, according to the release.

There was no plea agreement between the State and Yalibat. Instead of being sentenced by a jury, Yalibat chose to allow Jefferson County Judge Raquel West to decide his punishment, the release says.

West ordered the following sentences for Yalibat to run consecutively.

Yalibat must register as a sex offender for the rest of his life if he is ever released on parole, according to the release.