A witness took a photo of the suspects' car with their cellphone and sent it to police, who found the car 30 minutes later and tried to stop them. 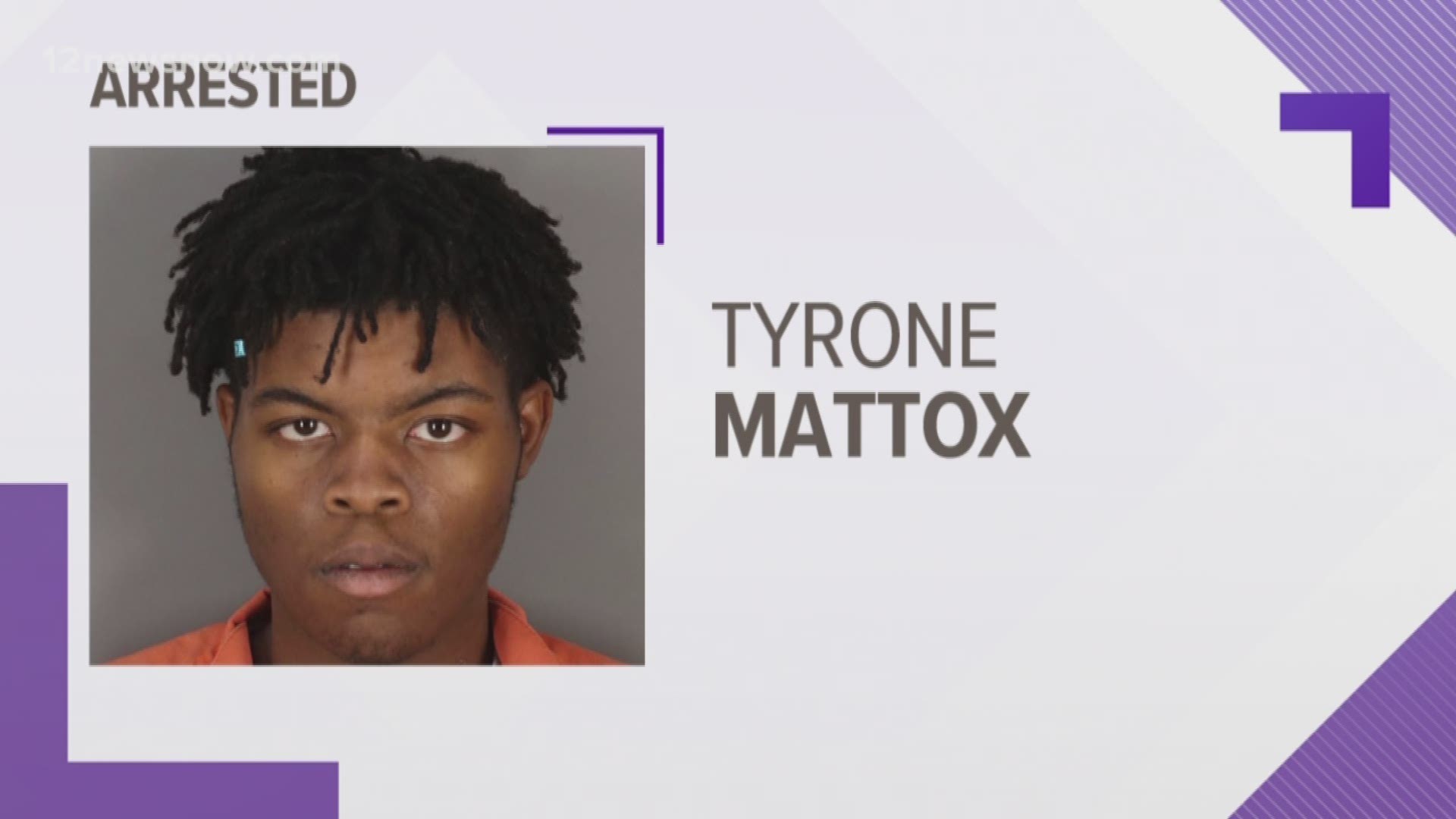 BEAUMONT, Texas — Three suspects were arrested after a robbery at a convenience store and a car chase in Beaumont's South End Sunday night.

The robbery happened at Paradise Market in the 1000 block of Washington Boulevard at 9:17 p.m. Sunday, Nov. 24.

Four men went into the store with masks carrying long guns and demanded money from the clerk, Beaumont Police Officer Haley Morrow said in a news release. After the robbery, the suspects fled.

A witness called Beaumont Police dispatch line and said they saw four masked men get into a car near the store shortly after the robbery, Morrow said. The witness took a photo of the car with their cellphone and sent it to police.

Less than 30 minutes after the robbery, an officer found the car, which had been reported to be stolen, in the 3900 block of Fonville Avenue, and tried to pull them over, Morrow said.

The driver fled from police and then drove into a ditch in the 1000 block of Alma Street. Five suspects fled from the car on foot, Morrow said. Beaumont Police searched the area with a K-9 officer and arrested three suspects.

"During the course of the investigation, many items were located on the suspects and inside the vehicle that indicated these were the aggravated robbery suspects," Morrow said.

Since two of the suspects were minors, 14 and 15 years old, Beaumont Police will not be releasing their identities.

Beaumont Police thanked the witness near the scene for helping the investigation.

"Beaumont Police would like to thank the citizen who had the courage to snap a picture of the suspect vehicle and contact police," Morrow said. "Teamwork between our officers and the citizens in our community resulted in three dangerous suspects being taken off the streets."

Morrow asked residents to always be aware of their surroundings and to remember "if you see something, say something."

Beaumont Police officers went to The Place, in the 1600 block of I-10 East at 3:34 a.m. Saturday, Nov. 23. Witness described the suspects in that robbery as being similar to the suspects in the Paradise Market robbery.

That case is still under investigation. Beaumont Police detectives are working to find out if the same suspects could be responsible for both crimes.

Anyone with information should call Southeast Texas Crime Stoppers at 409-833-TIPS (8477).

RELATED: 'If you see something, say something' | Beaumont Police investigating four armed robberies around the city this weekend