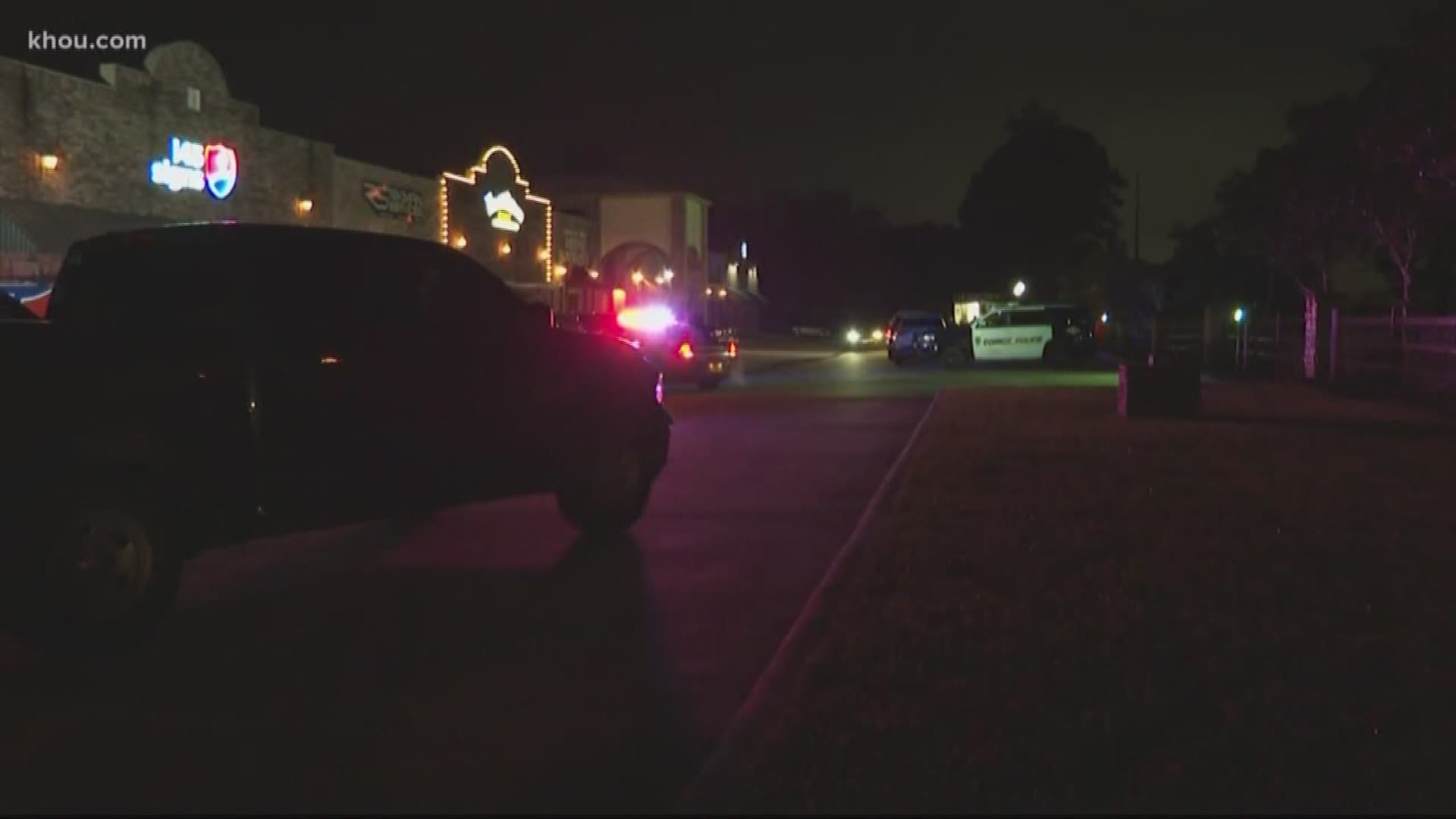 CONROE, Texas — Two men shot were fatally shot and one was injured Wednesday evening in the parking lot of a strip center off I-45 in Conroe.

The shooting happened around 5:30 p.m. Wednesday at the River Bend Station shopping center at I-45 and Crighton Road.

Police said two men in their early 20s were found dead in the parking lot in front of the Whistle Stop Cafe. The injured victim was taken to the hospital and is expected to be OK.

Police said the incident did not involve any of the businesses in the shopping center. They believe an argument in the parking lot led to the shooting.

Police are searching for at least one suspect.