Antonio Miguel Nunn pleaded guilty and was sentenced to seven years in prison for the aggravated robbery of a Beaumont AT&T store. 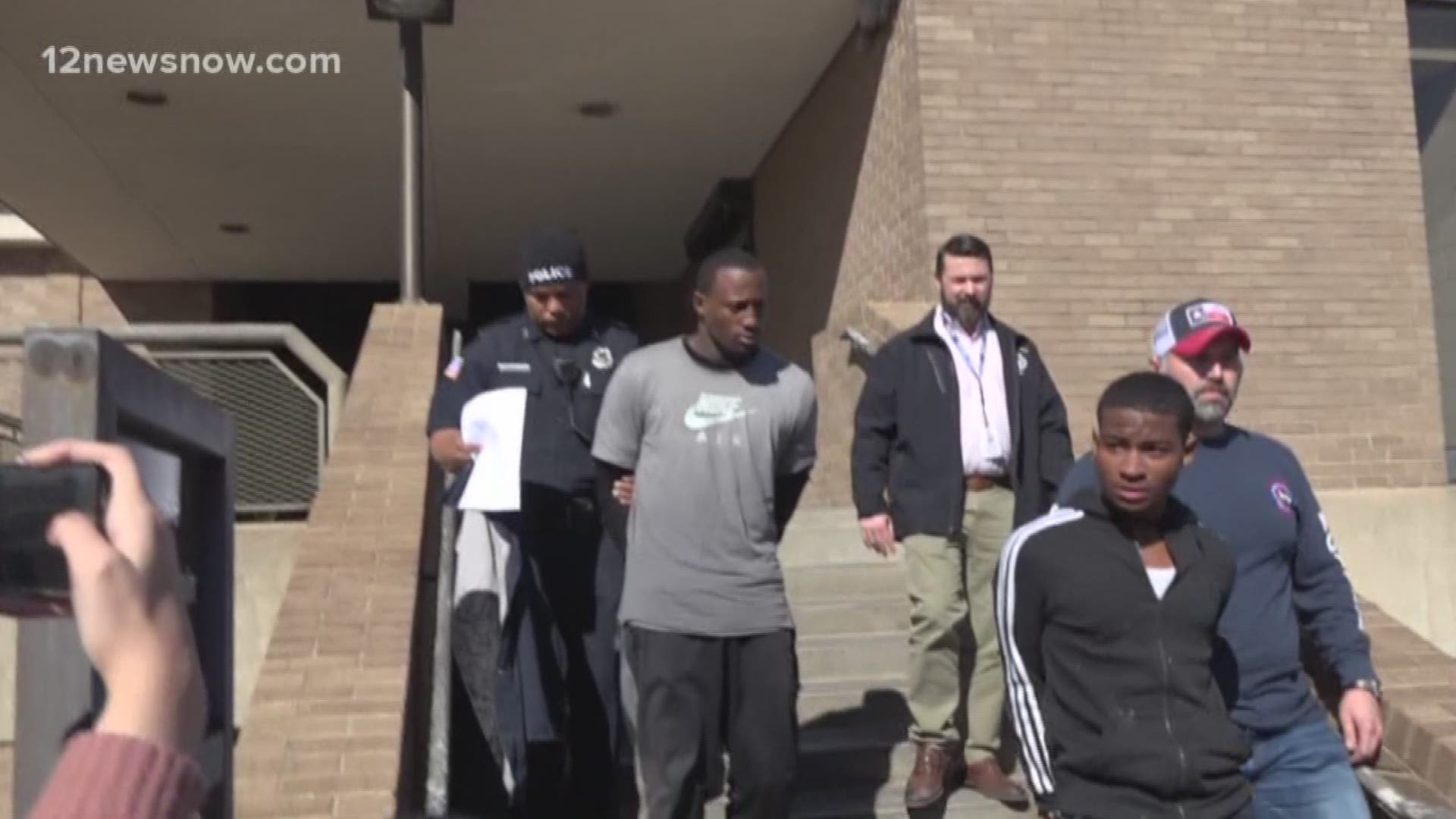 BEAUMONT, Texas — A 18-year-old male was sentenced to seven years in prison for his part in a 2019 aggravated robbery of a Beaumont AT&T store.

Antonio Miguel Nunn is one of six men accused of taking 16 iPhones from the store.

Nunn pleaded guilty Friday morning and was sentenced to seven years in prison for his part in a robbery.

The robbery happened in 2019 when Nunn was only 17-years-old.

Investigators said Nun, who was a juvenile at the time he took part in the robbery of a Beaumont AT&T store ,had been certified to be tried as an adult Aug. 7, 2019.

Nun was later moved to the Jefferson County Jail.

The caller gave a description of the two vehicles used by the men. Police were able to locate the vehicles near Park North Drive and Eastex Freeway.

Morrow said both vehicles fled north toward Hardin County, where officers alerted Hardin County deputies and the Lumberton Police Department of their pursuit.

Six suspects were taken into police custody later that day. A seventh man in connection with the robbery turned himself in two weeks later.

Detective Jared Dupre with the auto-theft task force told 12News the men are connected to at least 50 other cases, including auto-burglaries and thefts.

Their crimes date back to early 2018.

Two adults, Joesph Yarborough, 19 and Corde St. Jules, 17, both of Houston, were arrested in Orange along with a 16-year-old male according to police.

Ricky Tatum, 25, Amari Alexander, 18 and Kevin Scales, all of Houston, were caught after a search in Hardin County.

On the evening of Wednesday, January 24, 2019, the Beaumont Police Department received notification from the Hardin County Sheriff’s Office, that the 7th suspect in the January 10, 2019 AT&T Burglary & subsequent vehicle pursuit, had turned himself in.

Corey De’Vonte Isaacs, a 26 year old Houston resident, had been hiding near the area that Tatum, Alexander and Scales had been taken into custody in Hardin County on January 10, for the last 13 days.

Upon Isaacs turning himself in, he confessed to his involvement in the AT&T burglary as well as being the driver of the white Cadillac that evaded Beaumont Police into Hardin County.

BPD Detectives had received information during the course of this investigation that the “7th suspect” was in Houston.

However, the investigation has now revealed that there were a total of 8 suspects involved in the burglary, the 8th of which is believed to be in Houston.

After turning himself in and speaking with Detectives last night, Isaacs (pictured below) was placed under arrest for Engaging in Organized Criminal Activity and Evading in a Motor Vehicle.

He was then transported to the Jefferson County Jail. The investigation is on-going. 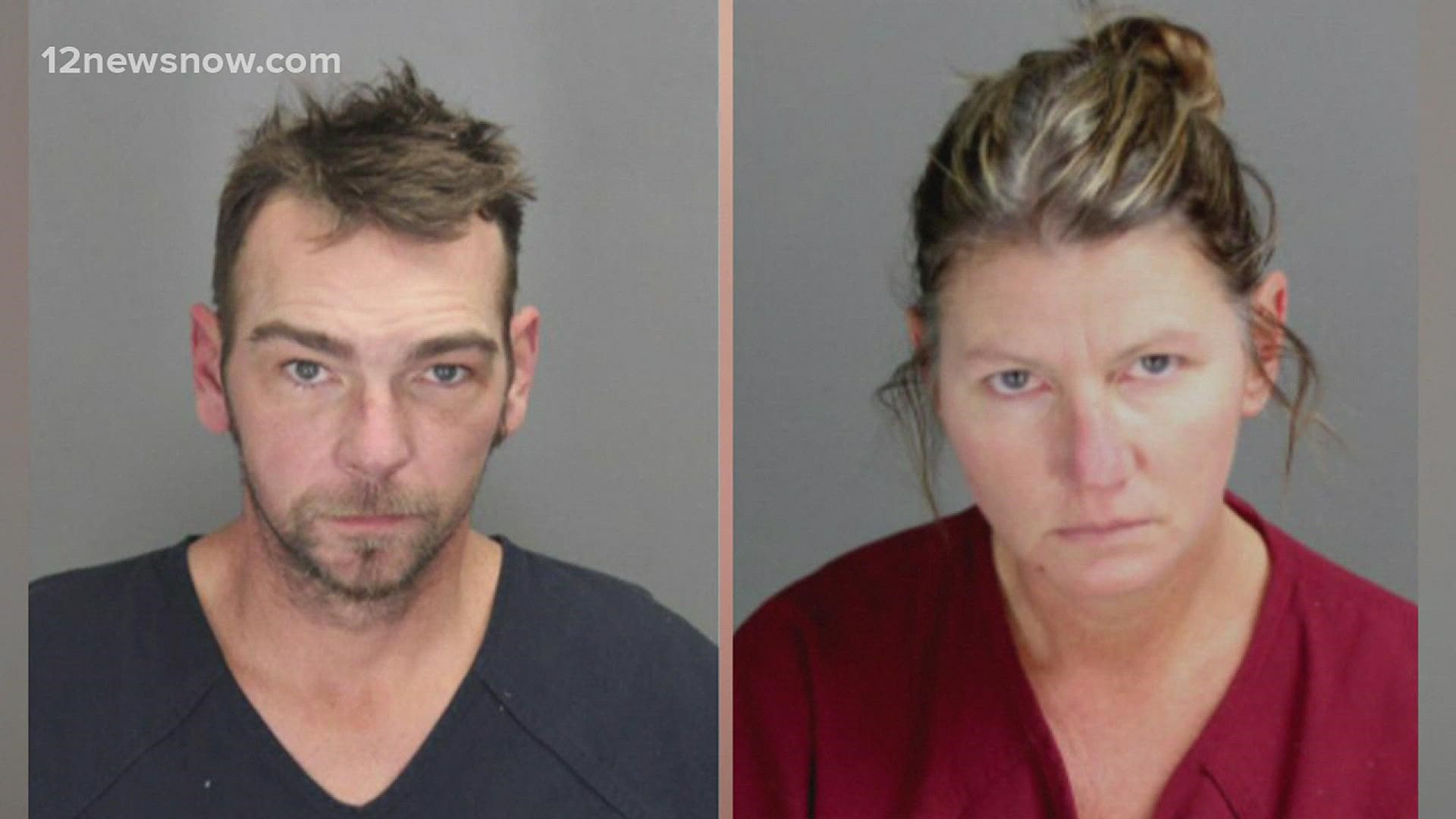