"She missed a curve and threw her off a four-wheeler. From what I understand her body collided with a tree." 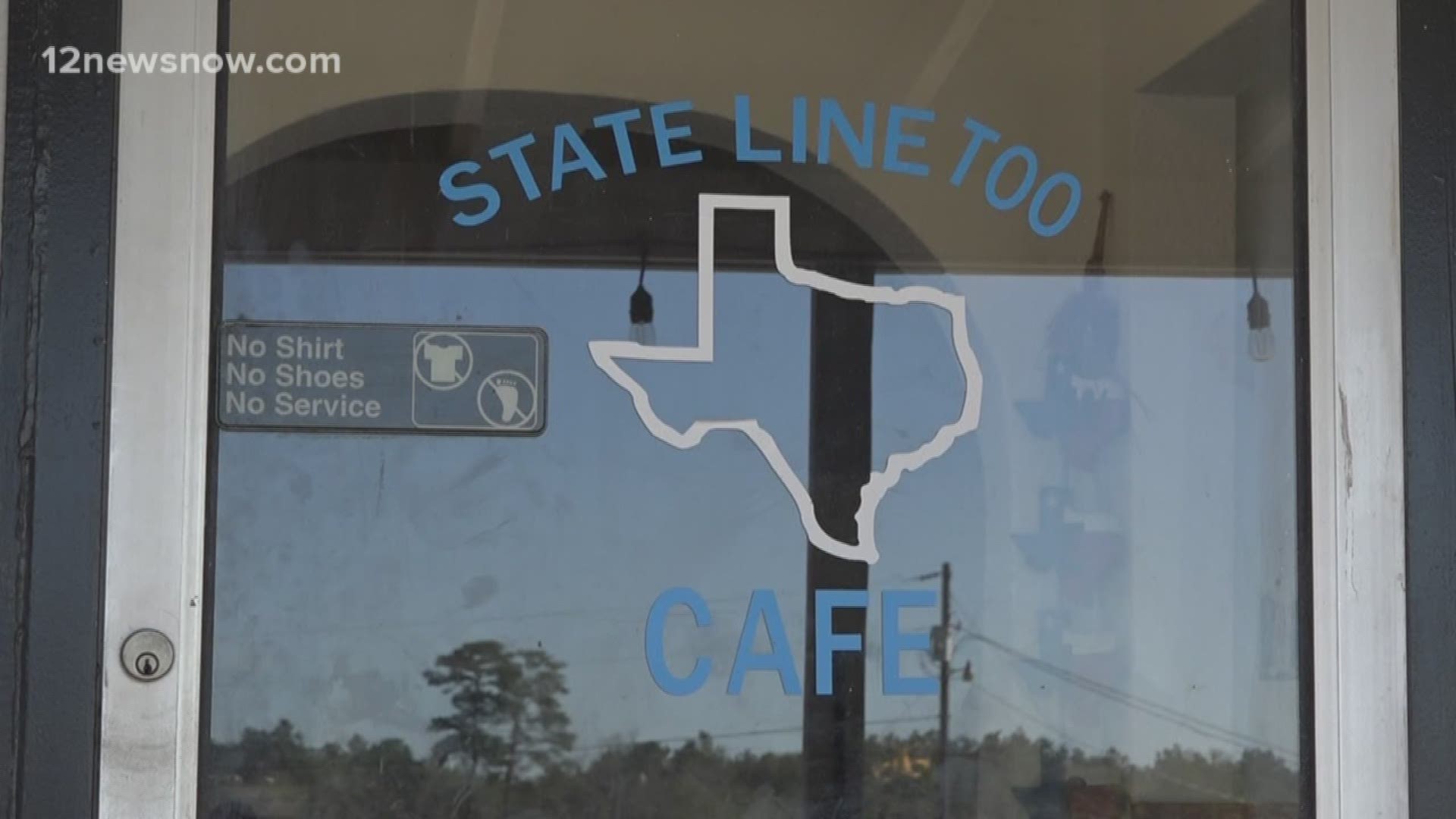 DEWEYVILLE, Texas — Stateline Too Cafe is serving up help for one of its waitresses, Selina Deroche.

With Deroche at Kaylee's bedside in the hospital, unable to work, her boss Barry Laird, decided to create a donation jar inside the cafe.

"We just want to get help for Selina so she doesn't have to stress so much," said Laird, who owns Stateline Too Cafe. "Like everybody else, she has bills and we're going to do what we can."

The accident took place along Buddy Johnson Road in Starks, Louisiana, near the state border.

"She missed a curve and threw her off a four-wheeler. From what I understand her body collided with a tree," said Laird.

Following the crash, Deroche ended up driving her injured daughter to Laird, who is also a retired firefighter.

"She didn't suffer a head injury, we were concerned about that last night. She had a small laceration at the top of her forehead, but they checked her out and she didn't suffer from that," said Laird.

Laird and his wife, who is a paramedic, were able to get Kaylee help Wednesday night.

The 16-year-old was checked out by Acadian and eventually airlifted to CHRISTUS St. Elizabeth Hospital in Beaumont.

Kaylee remains sedated in the hospital, after suffering multiple fractures to her lower back and a fractured arm.

A donation jar has been placed inside Stateline Too Cafe in Deweyville, which is already filling up.

"After the customers cash out, they've been putting their change in there and a few dollars," said Laird.

It's a small gesture Laird says he hopes turns into a large help.

He knows Wednesday night could've turned out differently for Kaylee and preaches safety when it comes to riding four-wheelers.

It's still unclear when Kaylee and her mother will be able to leave the hospital.

Stateline Too Cafe will be hosting a live performance from Chris Hantz, Saturday night, from 7-9 p.m., with proceeds going toward the Deroche family.

"Stateline Too is proud to announce that Saturday October 12th, 2019 from 7PM to 9PM
Chris Hantz will be playing live at the restaurant.
The event is going to be spectacular. Chris is an amazing singer/artist.
The event will be BYOB!
Also please bring your lawn chairs with the cooler weather expected he will be playing outside. Hope to see everyone there."